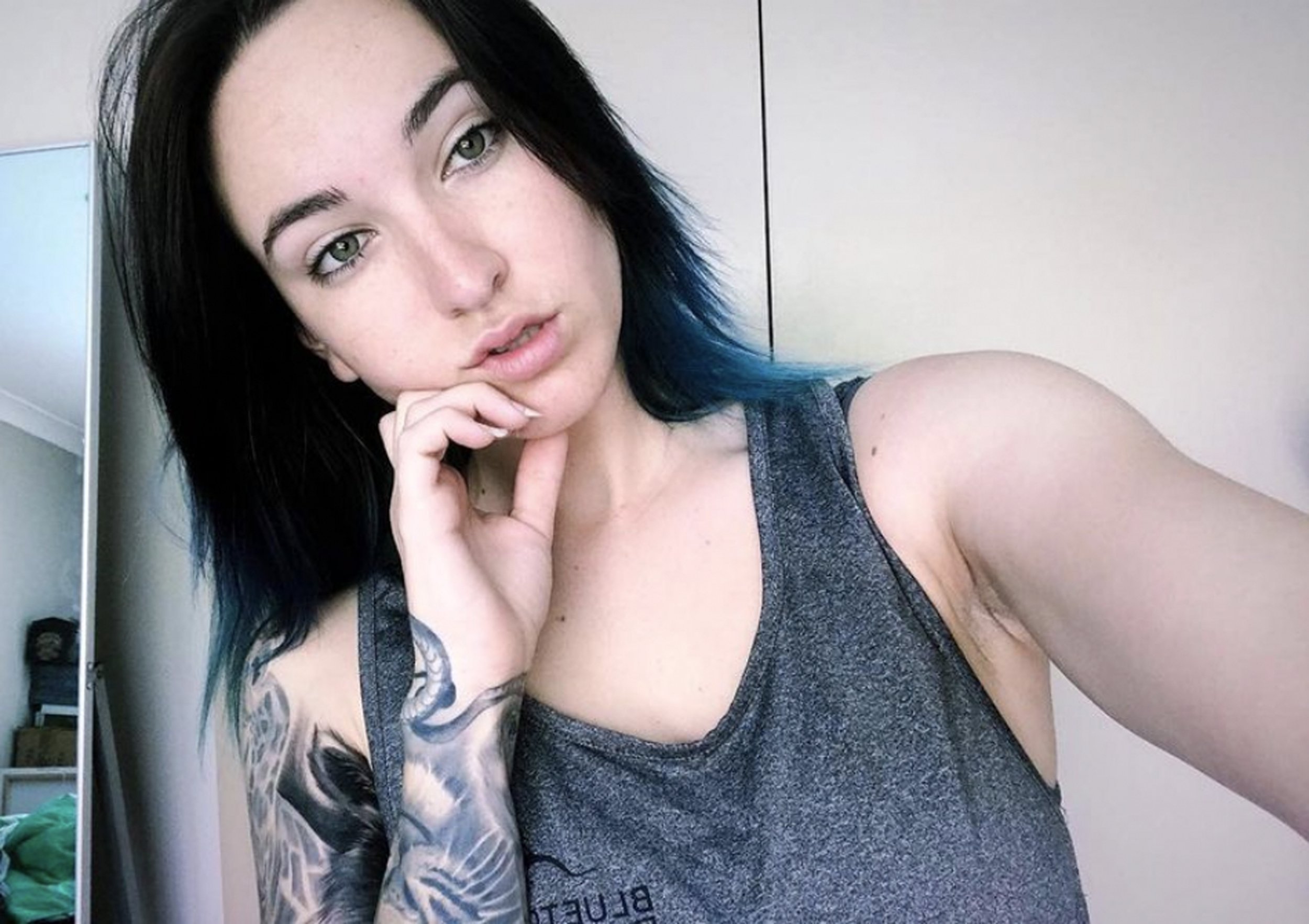 A woman who was born with two vaginas has told how she thought it was ‘normal’ to use two tampons at a time, before her diagnosis revealed the rare health condition.

As a teenager, Tee Bartlett said she had absolutely no idea that there may be something amiss – and assumed all women had two vaginal openings.

The 24-year-old said she only discovered the truth at 16, after plucking up the courage to ask her mother ‘which hole’ a tampon needed to be inserted, which prompted an urgent doctor’s visit.

After allegedly being brushed off by two physicians, Tee was finally diagnosed with a vaginal septum, and is now sharing her experiences on social media to raise awareness of the condition.

High ropes instructor Tee, from the Hunter Valley, Australia, said: ‘I didn’t really communicate with mum about awkward topics back then.

‘One day, I was having a conversation with my best friend and mum, and I finally asked which hole a tampon was supposed to go in, the left or the right.

‘Mum looked at me like “what?”. At first, she said that there wasn’t two holes and we argued for a little bit, and I was being really defensive.

‘She then suggested that we go to the doctors. That’s when I realised, she was being serious and that there really is not supposed to be two openings down there.’

Speaking about the physicians that missed the diagnosis initially, Tee added: ‘The two doctors disregarded everything that I was saying and made me feel crazy.

‘The second doctor looked at it, then looked back at me and said, “nah it’s normal” and she sort of pushed us out the door.

‘I was starting to feel like I was going crazy. I was second guessing myself.’

It was a third trip to the doctor, and a referral to a gynaecologist, that confirmed Tee did have two vaginal openings. She faced the devastating news that sexual intercourse and giving birth may potentially be dangerous for her, and underwent surgery at just 17.

Tee said: ‘I did research and found out that you could get someone stuck inside you during sexual intercourse, as the hole is half the size as normal. It was freaking me out.’

Her boyfriend (who she has been with since the diagnosis) was happy to support Tee, saying they’d ‘just deal with it when the time came.’

And through learning more about the condition, Tee has been able to come to terms with her own diagnosis, and move on after the surgery.

‘Apparently, the vaginal septum is normal for babies in the womb, but it’s supposed to dissolve,’ she explained.

‘Mine just never dissolved. Mine was a bit thicker and longer than normal, which is why I had to get surgery.’

Since posting her story to social media, Tee has gained a large following of women who’ve experienced similar situations.

She said: ‘The craziest thing about posting it is the amount of people who have commented saying they have similar problems.

‘There are so many girls commenting that they have a similar thing, and they didn’t realise that it wasn’t normal.’

For Tee, knowing she isn’t alone is a big help, and she’s realised many others weren’t sure about their own bodies at first – just like her.

‘I honestly thought for a while there that maybe I was an idiot for not realising you weren’t supposed to have two openings down there,’ said Tee.

‘But after posting a video about it, I’ve realised that no one really knows that we weren’t supposed to have two.

‘It is something I’m not worried about anymore. That was me, now it’s over and I’m good now.’