Home » Health News » Why do some COVID-19 tests come back with a ‘weak positive’ and why does it matter? 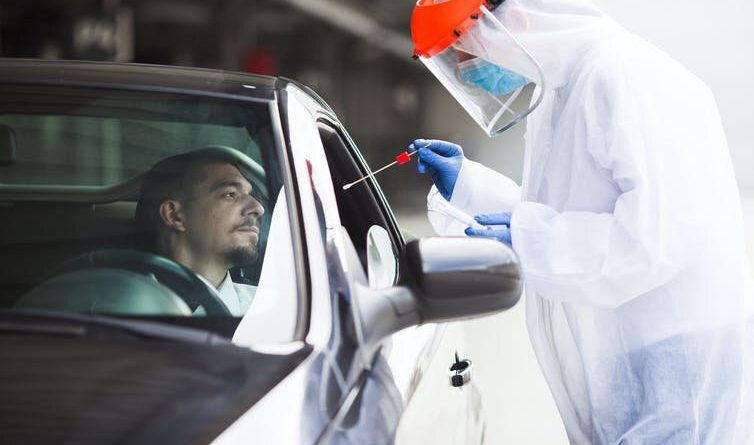 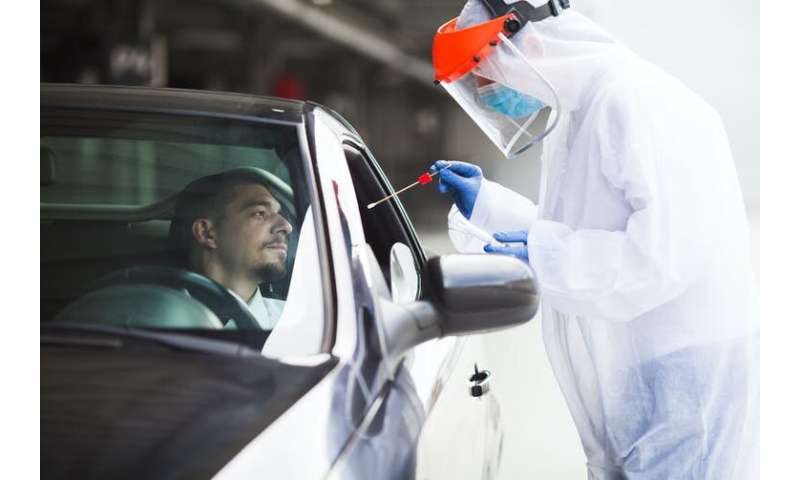 When we get a test result for a disease like COVID-19, we naturally expect it to be either positive or negative. But the results of these tests are not so black and white.

Polymerase chain reaction, or “PCR,” is the most common test to detect the presence or absence of SARS-CoV-2, the virus that causes COVID-19.

Recently, a “weak positive” case of COVID-19 was reported in the Northern Territory.

Let’s take a look at why someone might get a weak positive result.

Shouldn’t you just be positive or negative?

PCR tests are used to detect a range of viruses and pathogens. They look for viral genetic material in a respiratory sample, such as a nose or throat swab or a saliva sample.

We identify a sample to be positive or negative based on the number of times we need to amplify the small segments of genetic material to detect the virus—and whether this number falls below or above a certain threshold.

When there’s a lot of virus present, we only need a few cycles of amplification to detect it. When there isn’t much virus, or there’s none, we need to amplify the sample several more times until finally we cross the threshold and deem the sample negative.

So in this process we can see the potential for a weak positive result. It would generally be a reading at or just above the threshold. And that threshold varies depending on the test used.

Importantly, thresholds are just the point at which we believe we’ve detected something. They’re not 100% precise. Sometimes results just above or below the threshold might be false negatives or false positives.

In most cases, the genetic material of a virus is only detectable when we’re infected and the virus is still replicating and shedding into our respiratory passages.

But sometimes, even when the virus is no longer alive and replicating, it can hang around and be detectable by PCR. In these cases, it’s unclear whether the virus is infectious.

In the case of the NT man, he had earlier tested positive for COVID-19 in Victoria and recovered. Although he recorded a negative test before traveling to the NT, it’s likely he was still just shedding small amounts of the virus.

This may be more common among people with weaker immune systems, as it takes them longer to clear the virus from their system.

How do we handle weak positives?

A weak positive is treated as a “presumptive positive” result—we presume it to be positive, and generally classify it as such, until we have information to suggest otherwise.

In some cases, retesting the original sample may give more confidence of an infection with SARS-CoV-2. But collecting and testing another sample can offer further confirmation.

The subsequent test might target a different region of the virus’ genetic material, or use a different type of test. Alternatively, the sample could be referred to a reference laboratory to verify the result using specialized tests.

We don’t know of any publicly available data which indicate how common weak positive results are. But we don’t think they’re unusual.

It’s one of the reasons the publicly reported case numbers for COVID-19 are sometimes revised downwards, as weak positives are later confirmed to be negative after retesting.

It’s also not unique to COVID-19 or PCR—many different tests, for a variety of diseases, can produce weak positives.

But the phenomenon has a unique impact when the infection is part of a pandemic.

The danger of assumption

During a pandemic, there are implications not just for the person being tested, but for their contacts, their workplace, and the whole population.

Incorrectly assuming a weak positive result isn’t COVID-19 could lead to a person continuing to transmit the disease to others. It could also prevent them receiving the proper monitoring and, if necessary, treatment.

Conversely, assuming a weak positive result is COVID-19 when it’s actually negative could lead to the person being unnecessarily quarantined, which has potential personal, psychological and financial effects.

In the case in the NT, classifying this indeterminate result as a positive case would have meant the first COVID-19 infection in two months in that state.

While the man was isolated, NT authorities didn’t count him as a case based on advice from the health department that the result was likely due to residual virus from his previous infection. They said he didn’t have any symptoms and it was highly unlikely he was infectious.

When the elimination of community transmission is being used as a criteria for border closures, individual cases can have significant flow-on effects to the whole population.