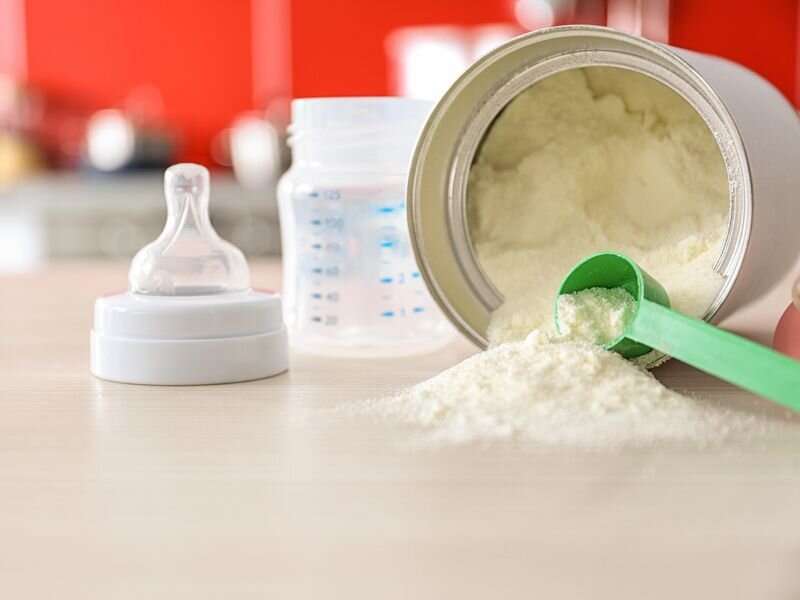 Cronobacter sakazakii has been in the news as the cause of infant infections and the reason for a U.S. baby formula recall and resulting shortage this year.

Infections are rare and the bacteria is harmless for most people. Yet it can be dangerous or even life-threatening for infants, especially those who are younger than 2 months old, are premature, are immunocompromised or have low birth weight.

The U.S. Food and Drug Administration offers some tips for staying safe from this germ, which can live on most surfaces and survive easily in dry food and drink, such as starches, herbal teas and infant formula powder. The bacteria can also live on bottles and come into homes and factories on hands or the soles of someone’s shoes.

While liquid formulas go through certain sterilizing treatments during production, powders do not, according to the FDA.

So, one way to avoid the bacteria is to use ready-to-feed infant liquid formula, as recommended by the U.S. Centers for Disease Control and Prevention, for infants who are at higher risk.

Another is to prepare powdered formula with water that is at least 158 degrees Fahrenheit, then allow it to cool before feeding an infant.

This option isn’t possible for certain metabolic and specialty products, which warn against heating above 100 degrees F because it could result in a loss of vitamins and nutrients.

Other steps to protect infants from Cronobacter include carefully cleaning, sanitizing and storing bottles and breast pump parts.

Wash hands with soap and water, especially before preparing bottles and feeding. Caregivers can also use alcohol-based hand sanitizer with at least 60% alcohol, according to the CDC.

Formula lids or scoops should not be placed on contaminated surfaces such as countertops or sinks.

Cronobacter sakazakii is part of a large family of common bacteria, which makes it more challenging to identify the source. Only Minnesota requires cases be reported to state public health authorities, which leaves many U.S. cases unreported.

Symptoms of an infection in infants can include fever, poor feeding, excessive crying and/or very low energy. Some infants may also have seizures.