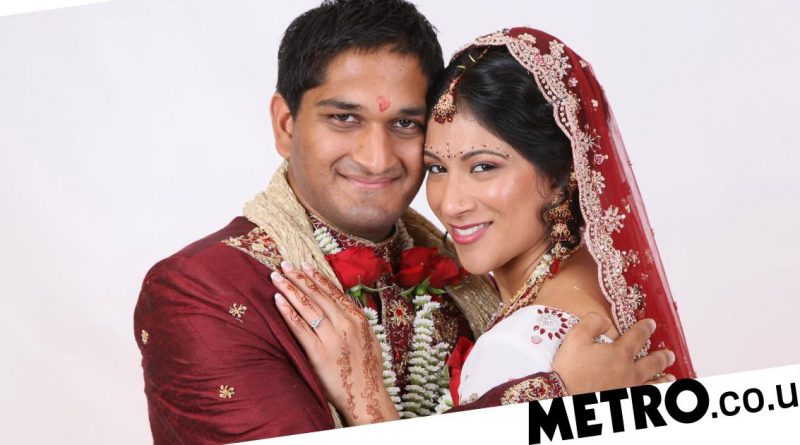 As my wife lay on our bed, naked from the waist down, clutching a pillow while the two-inch needle pierced her backside, she wasn’t the only one in tears.

Yes, she had to endure the physical pain of IVF medications and bear the bruises, but I had to inflict it.

Thankfully, I’m comfortable with administering injections. However, you can never be comfortable with consoling your distressed wife after breaking down on seeing all the drugs, needles, syringes and suppositories for the first time.

I held her as she sobbed, heartbroken about the unfairness of infertility. Once she’d recovered, I calmly showed her how to administer subcutaneous injections, which were much less painful than she’d expected. Following my initial demonstration, she practically became a pro at doing them herself.

Like one in seven couples in the UK, we’ve been trying to conceive for four years without success. While the physical trauma subsides over time, the emotional impact of infertility seeps into your bones and stays with you.

It’s not just women who feel this toll. In a report conducted by our clinic, seven in 10 men mentioned the negative effects of IVF on them, with twice as many men than women admitting that they can last for five years or more.

Why the discrepancy between men and women? I’m no expert, but we have four IVF cycles under our belt, and therefore have first-hand experience of how the focus is firmly on the female during treatment (male factor infertility is a different story and isn’t the case for us).

Women’s cycles are downregulated to induce artificial menopause; their ovaries are stimulated to boost egg supply; they inject, insert and ingest medications; they undergo ultrasound scans, egg retrieval and embryo transfer; they carry the baby, and then they give birth.

Countless other men and I have described our contribution as ‘the easy bit’. Compared to the intensity of the above phases, I guess you could say that. (Although I’ve heard some horror sperm sample stories, like having to ‘perform’ under the amused gaze of cartoon strip characters, who seem to be mocking your inability to conceive naturally.)

Minimal physical involvement can make us men feel guilty and helpless as we can only observe our partners’ suffering.

These feelings can be exacerbated by innocent enquiries about how the women are handling the hardship. Very few people have asked me how I’m coping. Yet, I harboured dreams of becoming a father long before my wife’s desire to experience motherhood surfaced. The empathy is all directed towards her, as if my lack of open communication on the matter means that I’m doing just fine.

The truth is that I’m not. How could I be?

In 2017, we celebrated a natural pregnancy then suffered a miscarriage. My wife’s grief-stricken reaction to which surprised me, due to her previously ambivalent attitude towards having children.

It reassured me that we had the same goal, and changed the way I supported her going forward.

Since then, we’ve completed four gruelling failed IVF cycles at three clinics, with our latest one being postponed due to Covid-19. Our treatment may have only been delayed by a month, but we had no idea how long we’d have to wait for fertility clinics to reopen.

Now, we’re pinning our hopes on our single frozen embryo surviving the thaw and implanting during this week’s transfer.

IVF is often referred to as an emotional rollercoaster. For the first two rounds, my wife was simply overwhelmed with emotions, meaning there was very little space for me to verbalise my feelings.

I didn’t allow myself to feel anything, automatically assuming the role of the strong, supportive husband, conditioned by my upbringing and wider society.

After my wife shared our story on her blog on Mother’s Day 2019, even more attention came her way. It continues to do so since she became a fertility advocate, speaking publicly to raise awareness of infertility, particularly among South Asian communities, where it’s still shrouded in shame and secrecy.

The shock of hearing that a close friend went through IVF without telling a soul, not even his parents, and feeling saddened about how isolated he must have felt, triggered a period of introspection for me. I didn’t want to be similarly disconnected.

To destigmatise the subject and reconnect with my feelings, I appeared on a live radio interview on BBC Asian Network. In it, I finally articulated how I’d suppressed my emotions to better support my wife, creating psychological damage, loss of confidence and acute anxiety in the process – demons which dog me to this day.

Although I’ve never felt any pressure to procreate from family (insensitive comments are almost always aimed at Indian women – we can blame our patriarchal society for this), I explained how difficult it is for men to open up for fear of appearing weak and being told to ‘man up’.

It’s also an invitation to be on the receiving end of jokes suggesting that I ask my friends who’ve had children for ‘the recipe’.

It’s extremely difficult to acknowledge your feelings about your fertility struggles when you’ve been keeping them at bay for years.

Until quite recently, there were very few support networks and resources available for men where we can talk freely without burdening our partners and get comfort from the camaraderie. But things are changing, and that gives me hope.

As told to Seetal Savla