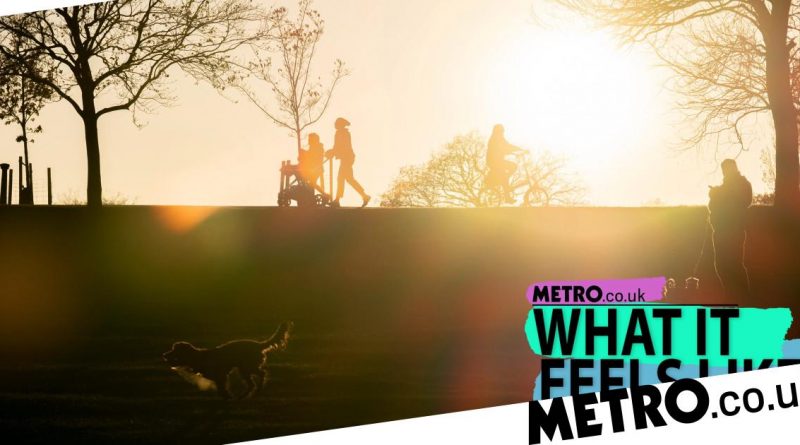 It took me more than 10 years to be diagnosed with photoaggravated eczema, a rare skin condition that essentially means that I’m allergic to the sun.

As a child, I suffered with atopic eczema, a condition that causes the skin to become itchy, dry and inflamed. My eczema was so severe that I had to wear bandages to school and a common playground joke was that I looked like a mummy from Ancient Egypt.

The children in my class were not always kind, as naturally, some feared that they might catch my eczema like it was an infectious disease.

However, I learnt to live around the condition, accepting that I had to follow different rules to the other children: swimming pools were a no go, rolling on the grass was a health hazard and to go to sleep, I had to wear a suit that looked like an oversized baby grow, with cotton gloves taped to my wrists to prevent me from scratching.

Thankfully, around the age of nine, my atopic eczema made a rapid, almost miraculous recovery and instead of being plagued by constant itching, I could enjoy several weeks of comfortable skin in a row. A common phenomenon in childhood eczema sufferers, I had simply grown out of the worst of my symptoms as an estimated 40-70% of sufferers do.

This was not only a relief but my first taste of real freedom, as finally my daily routine was punctuated with birthday parties rather than medical appointments.

However, in the spring month of my final year at primary school – seemingly out of the blue – my itchy swollen rashes returned intermittently with a vengeance, often appearing several days after I had been exposed to the sun.

Their severity baffled even my expert NHS dermatologist, as they could be triggered by as few as five minutes spent out in the garden on a cloudy April day.

My worst episode occurred in my mid-teens on a trip to America with my family, where we toured New England and the White Mountains, avoiding the warmer parts of the country that might result in a flare up.

Two days after a sunset trip to the beach, I was lying in bed unable to move, with my itchy and swollen torso oozing into the duvet. My face was so inflamed that on the plane home a little child pointed at me and loudly asked his father what was wrong with it. I felt not only embarrassed but terrified, as the little boy’s comment only confirmed my fear – something awful had happened to my skin and I didn’t understand why or how.

I was referred to a specialist photobiology unit in Salford, where I had a week of tests. The results were shocking – on some parts of my body the rash was triggered by even the lowest doses of UVA and UVB light.

The doctors also discovered that most of the sunscreens I had been using for years had not only failed to protect my skin, but were producing chemical compounds under the UV light that irritated my eczema further.

My diagnosis was photoaggravated eczema, which according to a German study develops in around 1.4% of severe atopic eczema sufferers.

They told me that, going forward, I would need to take a lot of precautions, including testing the thickness of my clothes and keeping a supply of strong steroid creams – which can thin your skin – to manage the rash in emergencies.

The doctors informed me that they had identified just one sunscreen that appeared to fully protect my skin, except it was only produced in Australia. So my dad ordered it in a last-ditch attempt to try something new after the holiday ordeal.

Armed with my diagnosis and a bulk supply of the Australian sunscreen, my world opened up and I finally felt the thrill of being carefree again. I have since been able to travel to Malaysia, Vietnam, Italy and South Africa without any medical disasters.

Now I look back, life was hardest during the pre-diagnosis teen years, when so much of my identity was bound up with the way that I looked.

As an adult, I’m secretly glad that my holidays are free from ‘bikini body’ pressure, as I have grown to love the ‘ugly’ rash-vest and shorts that keep me safe.

Other people’s reactions have at times been unhelpful – making comments that minimise my struggle by implying that I just ‘burn easily’ or questioning whether it’s really necessary for me to apply that eighth layer of sun cream. They constantly fail to understand the magnitude of difference between the way my skin reacts to sunlight and their experience of sunburn.

On certain areas of my body, a severe rash can be triggered after just 30 seconds of exposure to sunlight, so it isn’t quite the same as that time you got sunburnt after falling asleep for two hours on the beach in Ibiza.

Life with photoaggravated eczema will always be challenging, as managing the condition requires constant vigilance, knowing that just one moment of carelessness in the sun can lead to weeks of itching and pain.

It has at times made me feel ugly, hopeless and consumed with envy, as I watch others sunbathe for hours, without a care in the world.

But my battle with this infuriating condition has also taught me to find the beauty in the small moments, like a walk in the park through the daffodils on a gorgeous spring afternoon.

In this exciting new series from Metro.co.uk, What It Feels Like… not only shares one person’s moving story, but also the details and emotions entwined within it, to allow readers a true insight into their life changing experience.