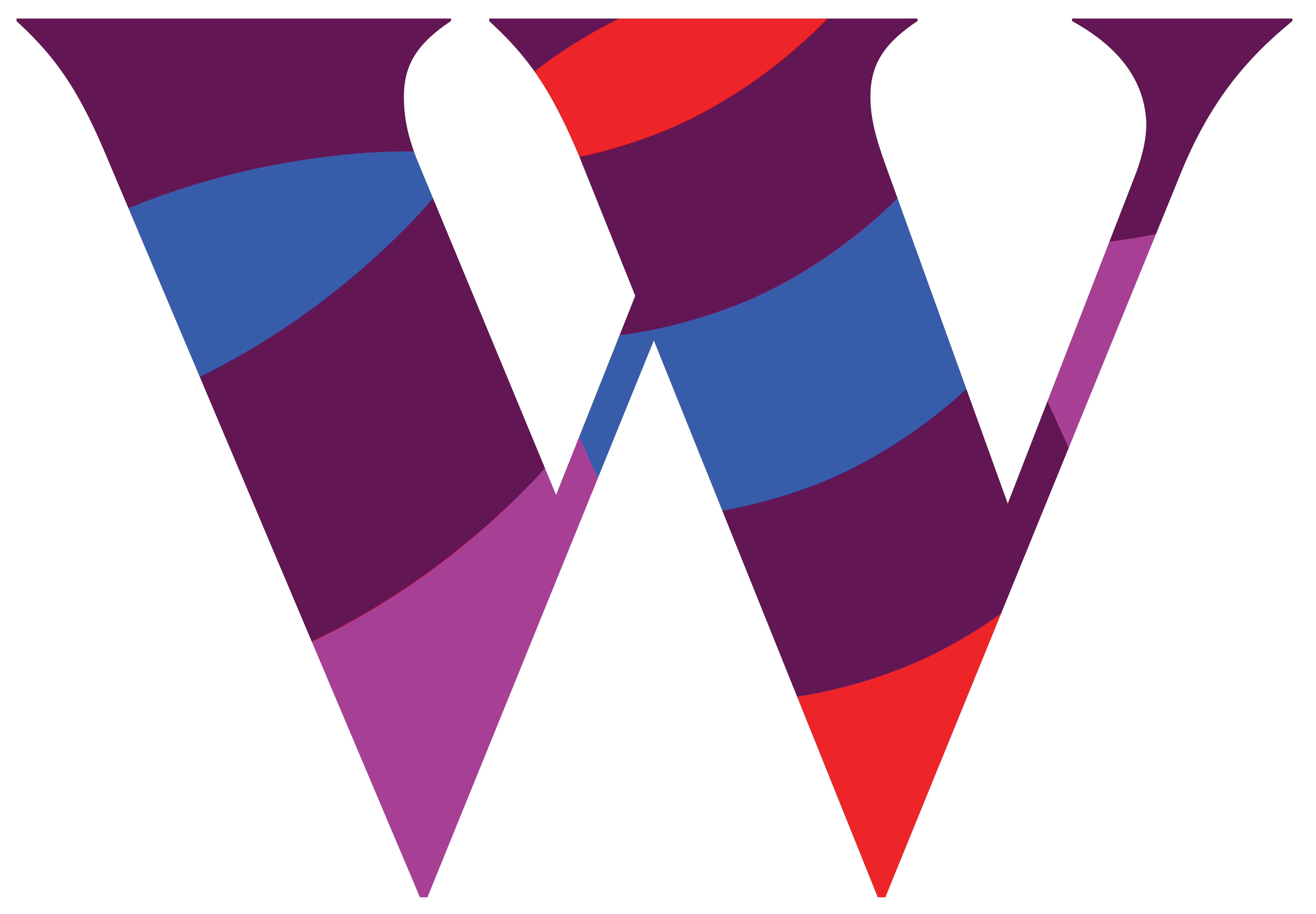 . hen you think of using protection during sex, your mind might default to penetrative intercourse. But the reality is, protection also matters during oral sex—even though people sometimes ignore or overlook that fact. A condom in your mouth? Does anyone really do that? And can you even find dental dams in a store? (Hey, that’s what Amazon is for.)

So the short answer is, the worst thing that can happen is you can get an STI if you don’t know your partner’s STI status. (You are likely fine with unprotected oral if you are with a monogamous partner and have both been tested. But it’s important to get tested regularly.)

But if you want to do everything you can to minimize your risk for STIs (and you do, right?), you have to think about safeguarding yourself during oral sex, too. Let’s get into the nuts and bolts about oral-sex safety, plus what form of protection you should be using to adequately protect yourself.

Oral sex may be “safer” than intercourse when it comes to contracting an STI, but it’s not totally safe.

Essentially any STIs that you can get via intercourse, you can also get from oral sex, meaning oral-to-genital or oral-to-anal contact. So that includes:

The chances of STI transmission are lower from a single act of oral sex, however, compared to a round of intercourse. There hasn’t been a ton of research to prove why exactly this is—and there may be gender bias in the research (there’s more research looking at male-receiving oral than on female-receiving oral sex). But one reason for why oral is slightly safer could be that, generally, there’s less surface area being touched than in intercourse, so infections may spread less easily.

The thing is, though, it’s tricky to even pinpoint where exactly an STI originated. That’s because many people are switching back and forth between oral and penetrative intercourse during their sexual encounters. So your best bet is covering (literally!) all your bases with barrier methods of protection, no matter the sex act.

Interestingly, experts *think* that many STIs can get passed more easily by when performing oral sex on a partner with a penis compared to one with a vagina. We need more research to support this, though. One possible theory as to why STIs may be spread more commonly from oral sex when a penis is involved is that the penis has more surface area than the vulva and clitoris. But that’s just a guess. (And FYI, STIs can get passed in either direction, but it’s more likely for the person who has the infection to pass it through their genitals than to get it from someone giving you oral who has an oral infection.)

Oral STIs can also spread to other parts of the body.

STIs that show up orally—for example, a herpes or chlamydia infection in the mouth or throat that came from a partner’s genitals—can be tricky to diagnose, because they may not show obvious symptoms. And we’re not routinely screened for STIs in the mouth or throat. With a genital STI, often you’ll have noticeable symptoms or even visual ones, like a rash or lesions.

On the flip side, with oral chlamydia, for instance, you might not even know you have it—you might not even have as much as a sore throat—and can unknowingly pass it along to others.HPV can be spread as an oral infection as well, and frequently without symptoms.

Plus, some STIs, like gonorrhea and syphilis, may not just stay local and can go on to affect other areas of the body. So remember: What starts in the throat may not stay in the throat.

You have a few protection options for oral sex.

For oral on a partner with a penis, you should consider using a condom that covers the penis for all acts of sex. Condoms don’t cover allll of the genital tissue, but they do reduce your risk of contracting an STI from a partner’s genitals. Latex, even flavored, may not taste asgood as your partner—but remember, this is all about being safe. 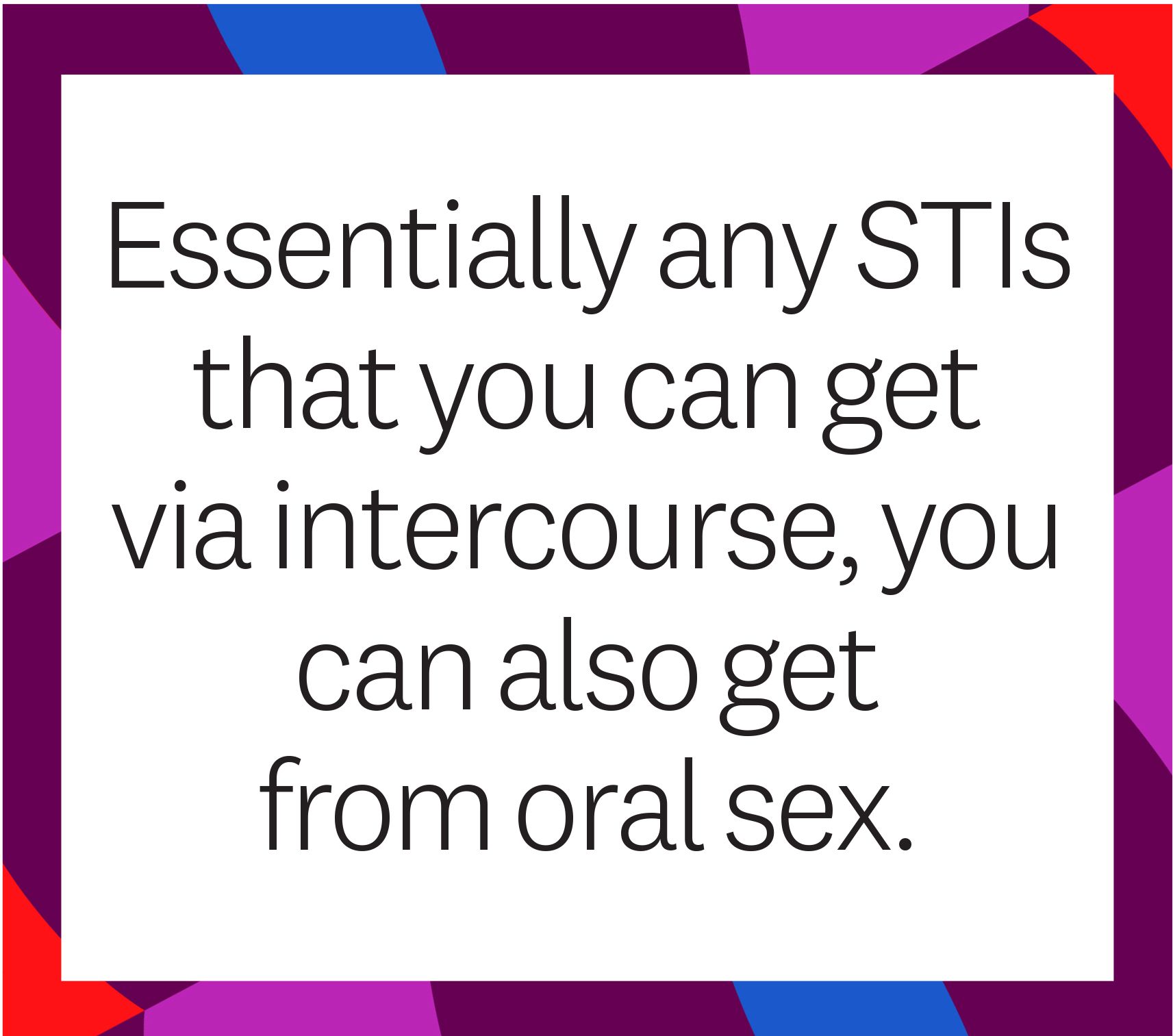 For those performing oral on partners with vaginas, consider using dental dams. A dental dam is a square of latex that you put over the labia and clitoris for oral sex. They may not be as easily accessible in your local mini mart as condoms, but they’re easy to find on Amazon (and you can choose your flavor preference!).

If you know you will engage in both oral sex and intercourse, you can use an internal condom, which will provide some protection for both kinds of sex.An internal condom looks like a tube; a capsule or a ring with one end is placed in the vagina, and a ring at the other end surrounds the vaginal opening and covers the labia and clitoris. One important note: Do not use an internal and external condom for intercourse at the same time—doing so can cause too much friction and the condoms can tear.

Oh, and plastic wrap has *not* been studied as protection (despite what you might find on web forums or joke about with friends or partners). So while it’s tempting to grab the Saran wrap to use as a makeshift dental dam, itmay give you a false sense of security. Get yourself something that you know will protect you.

The bottom line: You should use protection during oral sex if you aren’t aware of your partner(s) STI status. And encourage each other to get tested regularly.