Home » Health News » What are Sphingolipids? 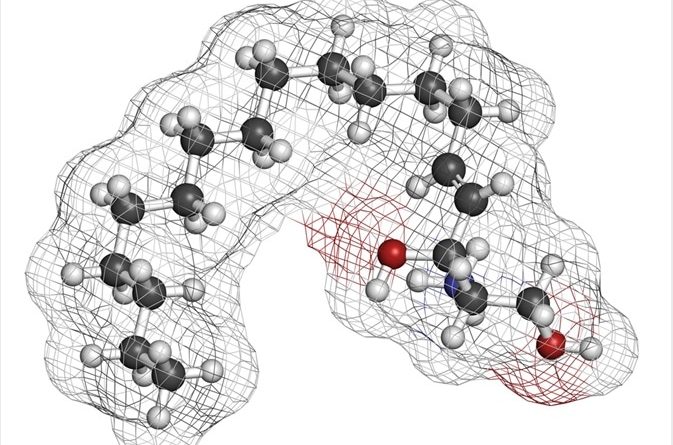 Sphingolipids are important biological molecules, a class of lipids that have a backbone of sphingoid bases including sphingosine (aliphatic amino alcohol) or another structurally similar compound. 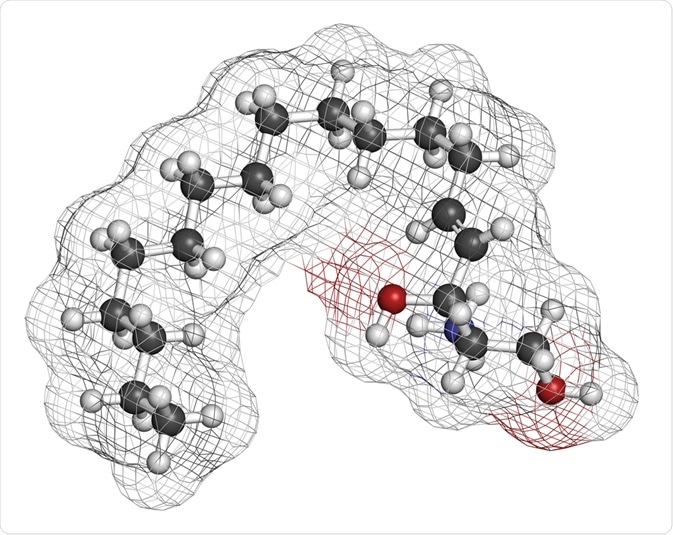 In biological organisms, these enigmatic lipids (named after the Sphinx upon their discovery in the 1870s) play important structural and signaling roles. They have also been found to play crucial roles in cell proliferation and apoptosis. Sphingolipids are found in animals, plants, and a few bacterial strains.

Types of Sphingolipid and Where they are Found

There are several different types of sphingolipid characterized by different structural and chemical elements that are attached to the sphingoid backbone. Ceramides, which consist of sphingosine and fatty acid, are the simplest class of sphingolipid and all other sphingolipids are derivatives thereof.

Glycolipids are a large group of sphingolipids containing one or more molecules of sugar (glucose or galactose.) Several sub-classes of glycolipids exist including gangliosides, ceramide oligosaccharides, and cerebrosides. Cerebrosides show limited distribution in nature and are most abundant in the myelin sheath.

Sulfatides are sulfate-containing cerebrosides. Gangliosides contain several other carbohydrate molecules (including N-acetylglucosamine and N-acetylneuramine) as well as the sugar component.

Ceramide oligosaccharides contain several molecules of carbohydrates as well. Globoside, which is present in red blood cells, is an example of this class of sphingolipid.

Sphingomyelins are the only phosphorous-containing sphingolipids, found in the blood as well as in nervous tissue. Sphingomyelins play important parts in many signaling pathways and metabolism of these biological molecules creates many important products for cell function.

Sphingolipids are found throughout the body. Primarily located in nerve cell membranes, they make up approximately 25% of the lipids in the myelin sheath. First identified in brain tissue, some sphingolipid sub-classes can be found in other parts of the body including the spleen and blood.

As sphingolipid metabolism plays an important part in several pathologies, the pathway of this metabolism has been widely studied. Many of the biochemical pathways of synthesis and degradation have been identified successfully along with the enzymes involved.

This pathway is complex and involves many different biochemical reactions and cell organelles. Ceramide is typically produced from the condensation of serine and palmitoyl CoA (which is a reaction catalyzed by the rate-limiting enzyme serine palmitoyltransferase) in the endoplasmic reticulum and transported to the Golgi complex for further conversion to many different complex sphingolipids by the addition of several different head groups. Transport to the Golgi complex can be mediated by both vesicular and non-vesicular mechanisms. 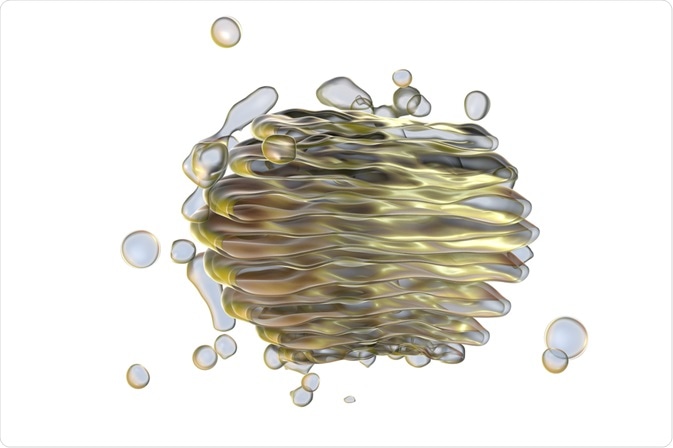 Some other the enzymes involved in the metabolic pathways of sphingolipids include sphingomyelin synthase, ceramidase, ceramide kinase, sphingosine kinase, and sphingomyelin phosphodiesterase, which all play different specific roles within the pathway. Ceramide can also be produced by the hydrolysis of complex sphingolipids.

Ceramide plays a central role in this pathway, serving as a branch point and substrate for not only sphingolipid but also ceramide-1-phosphate (C1P) and sphingosine (which can be further converted to sphingosine-1-phosphate, SIP.) Ceramide and sphingosine act as tumor-suppressing lipids, whereas S1P and C1P are widely regarded as tumor-promoting lipids.

There has also been a growing body of research in recent years that has provided evidence of the link between abnormal levels of sphingolipids and Alzheimer’s disease.

Sphingolipids are enigmatic and play a crucial role in the body. Just how perturbations in their metabolism cause disease are the subject of ongoing research, aided by the recent development of gene therapies that help to express deficient enzymes/.

Reg Davey is a freelance copywriter and editor based in Nottingham in the United Kingdom. Writing for News Medical represents the coming together of various interests and fields he has been interested and involved in over the years, including Microbiology, Biomedical Sciences, and Environmental Science.