Home » Health News » What are Nanozymes? 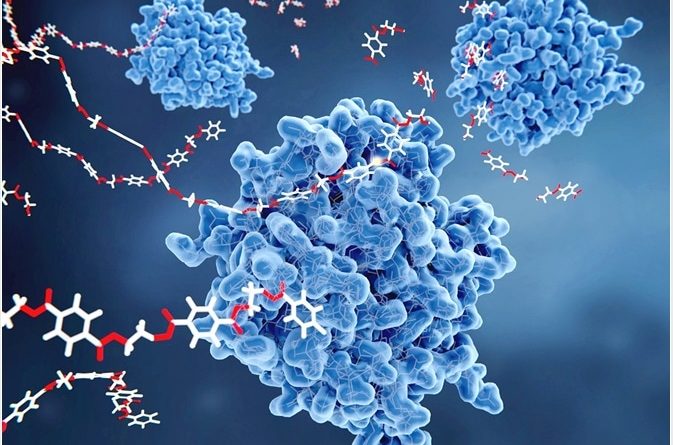 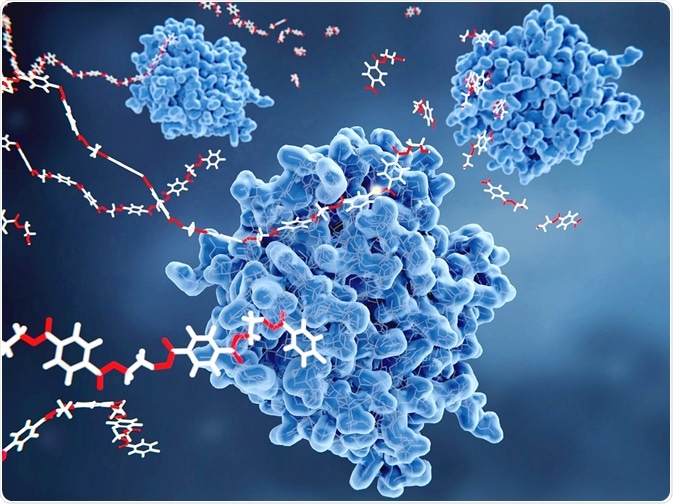 Many nanozymes mimic natural enzymes such as catalase and peroxidase, but future developments will lead to the production of novel artificial enzymes at the nanoscale. Nanozymes are currently being employed in biomedicine through the detection of targets such as small biomolecules, metal ions, and cancer cells.

Comparison to natural and artificial enzymes

In comparison to natural enzymes, nanozymes have a number of advantages. They are less expensive and recyclable. Nanozymes can also be easily manufactured and stored for long periods of time further reducing their cost.

Typical inorganic enzymes require high temperature, high pressure and extreme pH conditions. In contrast, nanozymes are able to work in environments closer to physiological conditions and respond to a range of external stimuli.

The most important advantage is the display of size/composition dependent activity meaning that nanozymes can be designed with a range of catalytic activity by simply varying shape, structure, and composition.

Nanozymes also have unique properties compared to other artificial enzymes including integrated multi-functions not related to catalysis. Nanoscale materials provide large surface areas allowing greater ease in further modifications and bioconjugation. The ability to self assemble also mimics an important strategy in biology meaning that biological components can be easily incorporated.

Nanozymes have a large range of applications for diagnostic medicine, targeted therapy, and biosensing. The ability to detect disease in its early stages is particularly important for improving clinical outcomes. Biosensors are being designed that are rapid, reliable, and highly sensitive through the employment of nanozymes.

Previous methods of diagnosing disease through biosensing technology utilized natural enzymes such as horseradish peroxidases in bioassays. The enzymes are used to catalyze colorimetric reactions in the presence of target molecules. Replacing natural enzymes with nanozymes that mimic their catalytic activities allows for faster and more cost-effective biosensor fabrication.

Because nanozymes lack an active site, strategies have been formed to enhance nanoparticles with specificity to target molecules, allowing them to be deployed in diagnostic medicine and for targeted treatments.

The oxidase-coupled method connects nanozymes that mimic peroxidase-like activity with oxidase to produce H2O2 in the presence of the target molecule, which can then be detected through the oxidation of colorimetric substances. The surface modification method involves grafting an antibody to the surface of the nanozyme that provides specificity towards antigens, producing a target-specific probe.

Limitations of nanozymes and future developments

The utilization of nanozymes is currently limited to mimicking natural enzymes, particularly simulating the enzymes required for redox reactions. The production of more rational artificial enzyme design is expected from further research into the mechanics of natural enzymes.

One study was able to simulate an enzyme active site after analyzing the activity site of peroxidase enzymes and then grafting a histidine onto an iron oxide surface. The peroxidase-like activity of iron oxide nanoparticles allows for the catalysis of substrate oxidation in the presence of H2O2 with the added benefit of a biocompatible and magnetic material that can be usefully employed in theranostic applications.

Continuous progress in theoretical and computational protein design is also leading to the development of proteins which can be used in the creation of new nanozymes. Improved design will allow nanozymes to compete with natural enzymes in terms of catalytic activity and selectivity.

Improved specificity is being produced through the introduction of substrate binding ligands. To truly reflect how natural enzymes function together within a confined environment, there is also a requirement for nanozymes that are able to catalyze cascade reactions.

Research is currently being undertaken on the regulation of nanozyme activity through modifications to their composition. Changes to pH and light have been tested as modulators, with biomolecules also providing a role in adapting catalytic behavior for different environments.Reviewed by Susha Cheriyedath, MSc

Shelley has a Master's degree in Human Evolution from the University of Liverpool and is currently working on her Ph.D, researching comparative primate and human skeletal anatomy. She is passionate about science communication with a particular focus on reporting the latest science news and discoveries to a broad audience. Outside of her research and science writing, Shelley enjoys reading, discovering new bands in her home city and going on long dog walks.