Home » Health News » What are antioxidants? 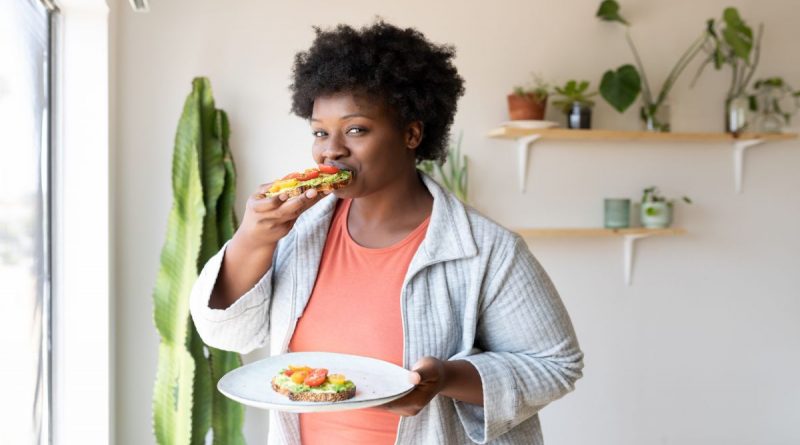 Antioxidants are substances, artificial or natural, that prevent and slow cell and tissue damage by attacking free radicals, which are molecules that have an unpaired electron. Free radicals are natural byproducts of metabolism and are also generated in response to environmental stressors, such as exposure to pollution or cigarette smoke.

But too many free radicals can send the body into disarray, causing oxidative stress, which has been associated with several serious illnesses including cancer, heart disease and some neurodegenerative diseases, such as Alzheimer’s and Parkinson’s Disease. Antioxidants work to maintain a healthy balance of free radicals and help prevent oxidative stress.

How do antioxidants work?

The electron-hunting process of free radicals carries some benefits for the human body, according to Harvard Health. For example, when the immune system comes in contact with a pathogen, it sends a surge of free radicals to attack the agent. The free radicals damage the pathogen by stealing its electrons, which weakens the pathogen and helps the body fight off disease.

In high quantities, free radicals can cause oxidative stress, which is when the body has too many free radicals that start to destroy DNA, fatty tissue and proteins, as summarized in a 2000 review published in the journal Metabolism. According to George Perry, who has been studying oxidative stress for over 40 years and is a professor at the University of Texas at San Antonio, “this ‘stress’ is essential to embryo activation. In aging we now know that oxidative stress within limits is essential.” Embryo activation is an important precursor to gene activation. It is a fundamental part of the process of fertilization and essential to life. However, excessive oxidative stress can cause or worsen serious illness in the body, including cancer, metabolic disorders, cardiovascular diseases, diabetes and more.

What are well-known antioxidants?

The term “antioxidant” is often used to describe different foods, but it more accurately describes a chemical property. Any substance that can strip free radicals of their damaging properties is considered an antioxidant. Researchers have discovered hundreds of substances that fit the antioxidant description, and there are bound to be thousands more according to the Harvard School of Public Health.

Vitamin C and vitamin E are two of the most common antioxidants found in food. In addition to fighting free radicals, vitamin C supports the immune system and helps repair bones, teeth and cartilage. Vitamin E is a powerful tool in maintaining eye health, producing hormones that regulate blood pressure, and repairing muscles after exercise.

Carotenoids, a class of compounds found in fruits and vegetables that are red, orange and yellow, are also well-known antioxidants. Antioxidant carotenoids include beta-carotene, lycopene, lutein and zeaxanthin. Taking high doses of some carotenoid supplements, such as beta-carotene, can increase health risks, such as an increased chance of lung cancer in smokers, according to a 2018 study published in the journal Current Medical Chemistry.

Other antioxidants include selenium, allicin, glutathione, flavonoids and curcumin — all found naturally in foods such as turmeric, apples, and even wine.

Antioxidants are most often in fruits, vegetables and legumes, although they can be found in almost every food group, according to St. John’s Hospital in Jackson, Wyoming.

Fruits provide a number of health benefits, antioxidant-richness included. Fruits contain essential nutrients such as potassium, fiber and folate; nutrients that help maintain blood pressure, lower cholesterol and repair body tissues. Blueberries, peaches, cranberries, apples, strawberries, raspberries, cantaloupe, papaya, watermelon and more are all filled with antioxidants, according to a 2010 report published in the Nutrition Journal. Dried fruits, although often high in processed sugars, have a higher antioxidant ratio than fresh fruits, since they lose mass from water. As a result, dried fruits like pears, apples, figs and dates act as quick antioxidant fuel due to their high concentration of antioxidants.

As mentioned earlier, many vegetables contain carotenoids, which are valuable antioxidants. Carotenoids are found in carrots, peppers, pumpkin, sweet potatoes and other red, orange or yellow vegetables. Additionally, many green vegetables such as artichokes, cabbage, collard greens, kale, broccoli and spinach are excellent sources of antioxidants, namely quercetin and lutein.

A less well-known source of antioxidants are spices and herbs, including cinnamon, oregano, turmeric, curry powder, parsley, basil, ginger and more. A 2010 study published in the Nutrition Journal found that in general, herbs are the most antioxidant-dense food products.

Unless a person is trying to mediate a deficiency, taking large amounts of antioxidant supplements has no health benefit and disrupts homeostasis, Perry said. “Alternatively, eating diets rich in vegetables is beneficial, probably due to balanced antioxidants, and even more due to sublethal toxins that induce protective stress responses,” he said.

Do antioxidants make you poop?

While there is some evidence that antioxidants may increase stool output, there is very little study on the impacts of antioxidants on stool. A 2010 study published in the British Journal of Nutrition reported that a higher intake of antioxidants led to a greater stool output within 24 hours. However, this study emphasized an antioxidant-heavy diet, and because most foods in a high-antioxidant diet also contain high levels of fiber — a substance that promotes digestion and stool production — it’s unclear if the increased stool output was due to the presence of antioxidants or fiber, or both.

Do antioxidants help you lose weight or detox your body?

Although there is not a direct link between antioxidants and losing weight, an antioxidant-rich diet is often unintentionally used to help in maintaining a healthy weight, as most foods that are high in antioxidants have a high nutritional value and low caloric density. Generally speaking, foods like strawberries, broccoli and cantaloupe provide a large amount of energy relative to their low caloric value, allowing you to ingest fewer calories while feeling full.

There is very little evidence that any kind of detox diets truly flush the body of toxins. Healthy kidneys and a healthy liver provide all the detoxifying the body needs and even produce their own antioxidants.