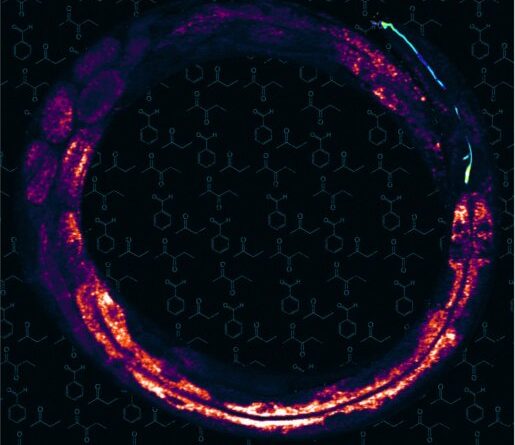 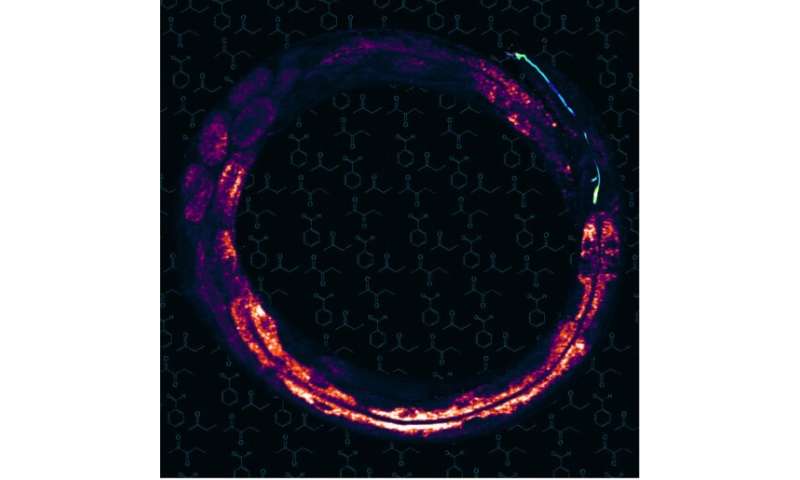 Dr. Ayse Sena Mutlu, a postdoctoral fellow at Baylor’s Huffington Center On Aging, had an intriguing question. Is it possible to change the body’s fat storage without changing eating habits?

Working with the laboratory worm C. elegans, Mutlu and her colleagues conducted a broad screen to investigate whether neurons can actively send signals that, without affecting feeding habits, could alter lipid metabolism.

“When we found a connection with the sense of smell, we were very surprised. We expected a link with taste or related to eating,” said Mutlu, who works in the laboratory of Dr. Meng Wang, professor of molecular and human genetics, a member of the Huffington Center On Aging and a Howard Hughes Medical Institute investigator at Baylor.

How scents can affect fat storage

The connection between the sense of smell and fat metabolism is not new, but the underlying mechanisms are still not clear. Olfactory perception is complex and highly regulated, explained Mutlu.

Olfactory perception in C. elegans is simpler than in larger organisms, such as humans, which helps researchers like Mutlu and her colleagues to study how olfaction regulates bodily processes. The laboratory worm has three pairs of olfactory neurons that detect a variety of airborne scents. “Some odors selectively activate or inhibit a single olfactory neuron, while others can stimulate a group of neurons,” Mutlu said.

The researchers tested several odors in C. elegans and discovered that only certain scents dynamically regulate fat mobilization by interacting with specific olfactory neurons through specific receptors. Using a laboratory method called optogenetics that uses light to activate or inhibit these neurons, the researchers were able to promote the loss or gain of fat storage, respectively. They also determined that the neurons act through a selective neural circuit and a neuroendocrine pathway to directly regulate fat metabolism.

“Our findings bring a new perspective on how lipid metabolism is regulated and may help understand why some people may be more resistant to metabolic problems while others are more vulnerable,” said Wang.

In addition, the findings are relevant to the observations that have been made between olfaction, fat metabolism and neurodegenerative diseases.

“For example, we know that patients with Alzheimer’s disease tend to have metabolic problems, Mutlu said. “Also, our study suggests a link between the scents each individual can perceive and his or her susceptibility to obesity.”

“Although more research is needed, it is possible that certain scents might trigger changes in fat metabolism resulting in weight loss,” Wang said. “We may have to watch not only what we eat, but what we smell.”