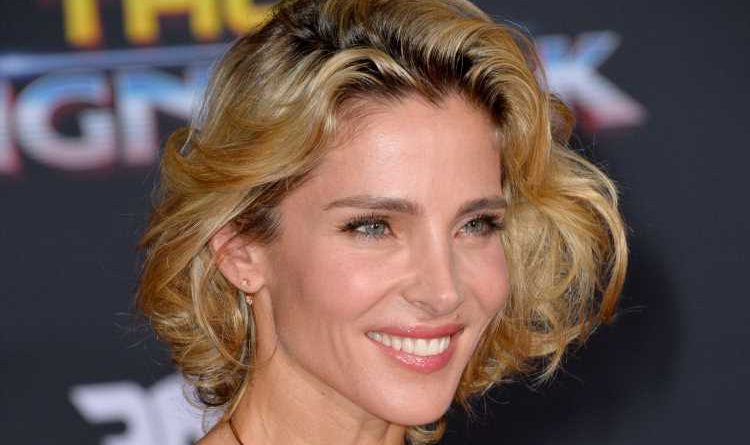 Chris Hemsworth seems to be inspiring everyone around him to step up their workouts lately. Last month, Hemsworth’s stunt double Bobby Holland Hanton revealed that he’d packed on an aggressive amount of muscle in a stunning transformation just so he could convincingly stand in for the über-jacked Thor: Love and Thunder star on camera.

Now, in a new Instagram video posted earlier today, Hemsworth’s wife Elsa Pataky seems to be kicking her workouts up another notch, too. In the brief clip, the Spanish model and actress, 44, is shown pushing a weighted sled (also known as a “prowler”) from one end of the gym to the other as a trainer urges her on.

Near the end of the video, Hemsworth himself makes a surprise cameo, seemingly caught off-guard and leaping out of the way as Pataky pushes past him. (“Get out of my way, Thor!” she playfully captioned the post.)

Anyone who trains regularly with Hemsworth is probably familiar with the move. Sled pushes – and pulls – are known to be among the star’s go-to exercises for building serious strength, even if they sometimes almost make him puke. His brother Liam also incorporates the prowler into his training, and for good reason: Used correctly, it engages a wide range of muscles, says David Otey, C.S.C.S., a strength coach and member of the Men’s Health advisory board.

It’s okay if you don’t belong to a fancy gym that trains Hollywood A-listers, too. “You don’t need a rack, turf strip, or a performance facility. You just need some weight to load on and some space to move it,” writes Otey.

That makes it one of the best-kept secrets for building muscle and burning fat in a hurry. If the video inspires you to give it a try, follow more of Otey’s advice to execute the move safely and correctly, and reap the rewards.