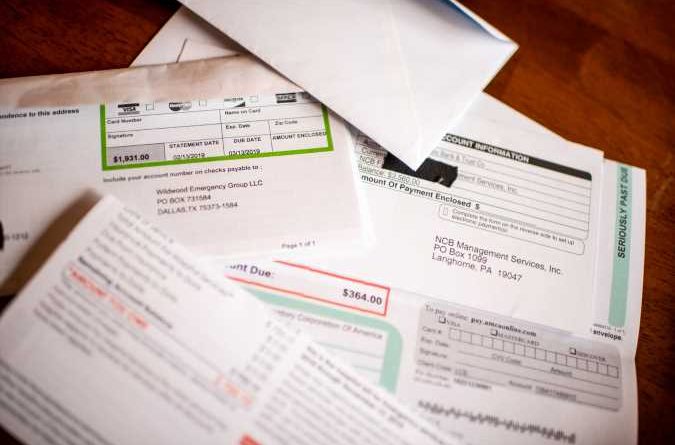 Gov. Ralph Northam and the president of the University of Virginia committed to changing UVA Health System’s collections practices a day after Kaiser Health News detailed its aggressive and widespread pursuit of former patients for unpaid medical bills.

At the same time, the health system announced the departure of CEO Pamela Sutton-Wallace, who will leave in November to join New York-Presbyterian Hospital as a senior vice president.

Her exit “is in no way related” to the billing and collections problems, James Ryan, UVA’s president, said in a message to employees Tuesday.

UVA sued former patients for unpaid bills more than 36,000 times over six years, seeking repayment of over $106 million and often pushing families into onerous payment plans or bankruptcy, according to KHN’s investigation, published with The Washington Post.

Both Ryan and Northam expressed ignorance about UVA practices that were an open secret in Charlottesville, with hundreds of medical lawsuits often filed in a week.

Northam “was only just made aware of these practices,” said spokeswoman Alena Yarmosky, adding that he “is not involved” in day-to-day university operations.

Northam, a pediatric neurologist who oversees UVA’s board and often speaks about the need for affordable health care, said he is “absolutely concerned” about what the health system has been doing.

“I am glad to hear that UVA Health System is in the process of changing their policies and practices,” Northam said Tuesday in a prepared statement. He declined to offer remedies or agree to an interview.

Ryan said in a tweet late Monday that he had asked Sutton-Wallace last month to look into collection and litigation practices. KHN informed UVA of its findings Aug. 1.

Fixing the problem “is complicated,” in part because “we are legally obligated as a state agency to collect debts,” he said. “But we have discretion within those legal constraints to make our system more generous and more humane.”

The health system is making a “comprehensive review” of its indigent care and financial assistance policies and will announce changes by the end of the week, said spokesman Eric Swensen.

“I learned about our aggressive billing and collection practices within the medical center a little over a month ago,” Ryan said in his tweet. “Part of striving to be both a great and good university is honestly facing problems you encounter and doing what you can to address them.”

UVA Health System, which is taxpayer-supported and state-funded, is the latest medical center to face withering scrutiny over patient collections as insurance coverage continues to leave consumers financially vulnerable — despite passage of the Affordable Care Act in 2010.

In recent months, journalists and academics have exposed collections practices in Baltimore, Memphis and New Mexico and at another Virginia hospital. A top federal health care regulator made a pointed reference to the coverage in a speech to hospital executives Tuesday.

“We are learning the lengths to which certain not-for-profit hospitals go to collect the full list price from uninsured patients,” Medicare administrator Seema Verma said in a speech before members of the American Hospital Association. “These hospitals are referring patients to debt collectors, garnishing wages, placing liens on property and even suing patients into bankruptcy.”

Phil Galewitz and Emmarie Huetteman contributed to this report.