Home » Health News » Vaping: A serious hit to your health 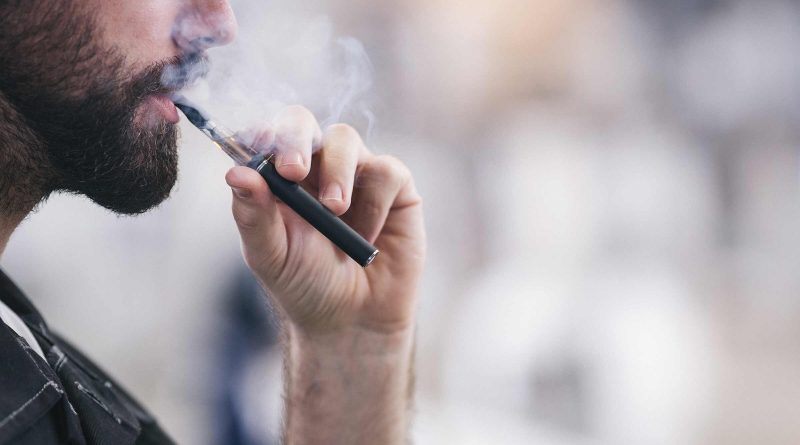 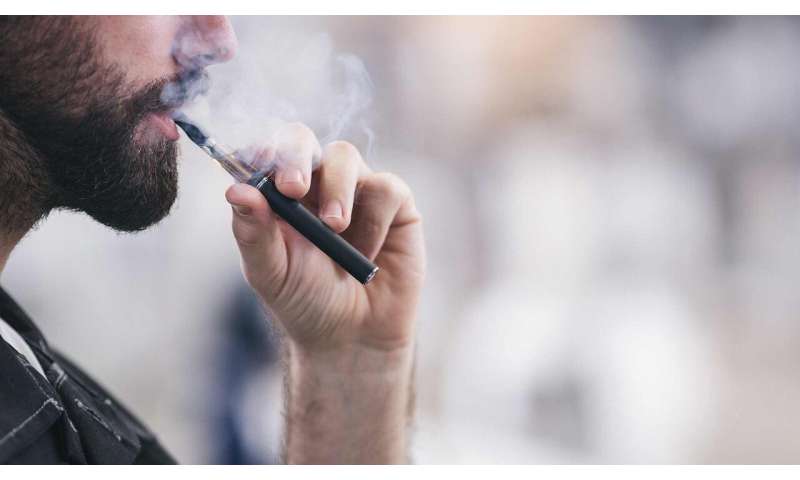 A young patient lies in a hospital bed in the intensive care unit (ICU) connected to a mechanical breathing machine that will perform basic functions his body can no longer do. He is a vaper, and his experience is becoming increasingly common in hospitals across the nation.

“I am seeing more (vaping) patients with serious lung issues in the ICU and it is devastating,” said Atul Malhotra, MD, critical care pulmonologist and sleep medicine specialist at UC San Diego Health.

According to the Centers for Disease Control and Prevention (CDC), there have been more than 1,800 cases of vaping-related lung injury and 37 deaths reported nationwide as of October 29, 2019. “The average age of these patients is 19,” said Malhotra. “They are arriving to emergency rooms and urgent cares with symptoms such as shortness of breath, extreme nausea, collapsed lungs and acute lipoid pneumonia from inhaled aerosolized oils.”

Though vaping is broadly touted, at least by manufacturers, as a smoking cessation aid, it is increasingly used by young people, according to the latest 2017-18 FDA data. Some children as young as middle school are attracted by e-cigarette flavorings, like watermelon, strawberry shortcake ice cream and sour candy. “Vaping rates have increased 48 percent in middle-schoolers and 78 percent in high-schoolers,” said Malhotra. Aside from the serious lung injuries physicians are seeing, Malhotra said there is concern that “vaping is not an alternative to cigarette smoking, but rather a gateway.”

The CDC reports that 31 percent of teen e-cig users will start smoking conventional tobacco products within six months, while only 8 percent of non-vaping teens will.

Vaping is not regulated like traditional tobacco products. “Each time someone inhales heated and aerosolized e-liquid (commonly referred to as e-cigarette vapor), they are exposed to 60 to 100 chemicals that their lungs were never meant to interact with, and none of those chemicals have been adequately tested for safety through inhalation,” said Dr. Laura Crotty Alexander, an associate professor of medicine in the Division of Pulmonary Critical Care and Sleep at UC San Diego School of Medicine and a staff physician at Veterans Affairs San Diego Healthcare System. “Can we currently say that vaping is more dangerous than smoking? We need more evidence-based research to answer this question, but initial research is showing alarming results, particularly given the contaminants that some e-cigarettes deliver.”

Crotty Alexander is conducting research into vaping. In a 2018 study, for example, she and colleagues found that chronic inhalation of e-cig vapor containing nicotine disrupted airway barrier function and induced inflammation in mice. The study found chronic vapers, those who had vaped for at least six months and were never cigarette smokers, had inflammatory changes both in their blood and airways. A 2016 paper found that e-cig vapor boosts superbugs and dampens the immune system in lab and mouse experiments.

More recently, Crotty Alexander and colleagues published a paper in the American Journal of Respiratory and Critical Care Medicine that found women who use e-cigarettes in addition to conventional cigarettes experience significant sleep disturbances.

“It is known that smoking cigarettes disrupts sleep. We wanted to see if vaping and dual use of both e-cigarettes and cigarettes would lead to greater sleep disturbances, as vapers and dual users may have higher nicotine intake relative to cigarette smokers,” said Crotty Alexander, senior author of the study. “Our findings suggest that dual use disturbs sleep more than cigarettes, particularly in women. We noticed that vapers tended to take puffs off these nicotine delivery devices prior to bedtime, even keeping their e-cigarettes on their nightstand for quick access.”

Knowing these dangers, why do teenagers and young adults still pick up e-cigarettes? “In talking to vapers, they tell me that it’s what everyone is doing at parties and social events. They are passing the vape around and taking hits,” said Crotty Alexander.

“Sometimes, the approach of telling a teenager not do something fails because at that age they are risk-inclined, and telling them something is dangerous, makes them want to do it 10 times more,” said Malhotra. “We have found one way to grab the attention of teen girls when it comes to explaining the health consequences of vaping is to tell them that some of the flavors might make them gain weight, or to show them photos of what older women look like after years of smoking. For some boys, it’s telling them that vaping can cause lung issues that can negatively impact them as athletes, like running down a basketball court.”

Focusing on the idea of addiction is another approach. “If they know it might lead to addiction, which is an ugly picture of not being in control, it may prevent them from vaping,” said Crotty Alexander. “A developing brain is more susceptible to becoming addicted. For some kids, just vaping three times can lead to addiction.”

For some, vaping can be a vehicle to smoking cessation or beneficial for other health reasons. “In certain cases, vaping is a means to an end, but should be monitored by a health professional,” said Malhotra. It should be noted, however, that the utility of vaping as an aid to quitting smoking is much debated and the evidence is mixed. A 2015 study by Dr. Wael Al-Delaimy, a professor in the Department of Family Medicine and Public Heath, found that smokers who use e-cigarettes were actually less likely to quit.

Both Crotty Alexander and Malhotra agree that specific questions asked in the exam room and understanding vaping language can greatly improve how this epidemic is being addressed.

“Unless we ask, we don’t know. A patient could answer ‘no’ to a question about smoking but is a vaper. Asking more specific questions gives us the information needed to diagnose an issue and make connections between vaping and health issues, even down to patterns of devices used and flavors,” said Malhotra. “Vapers have their own language, so it’s important as physicians that we understand terminology, like dripping (to refill an atomizer via drops of e-liquid straight onto the heated coil of the atomizer) so that we can effectively communicate with our patients.”

Crotty Alexander added that parental education and communication in the home are also needed.