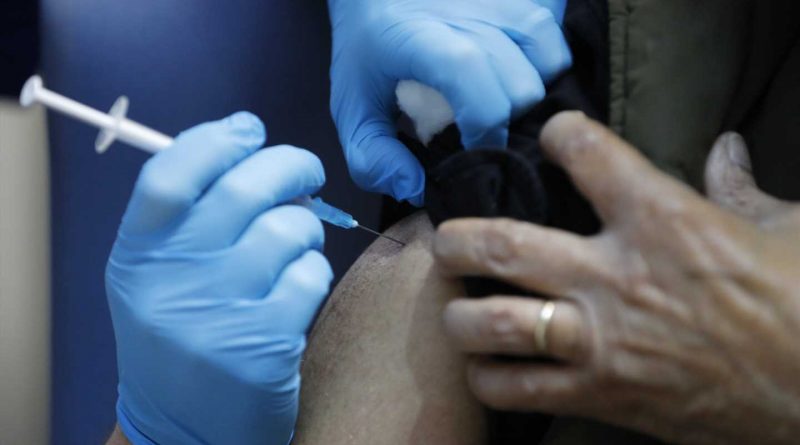 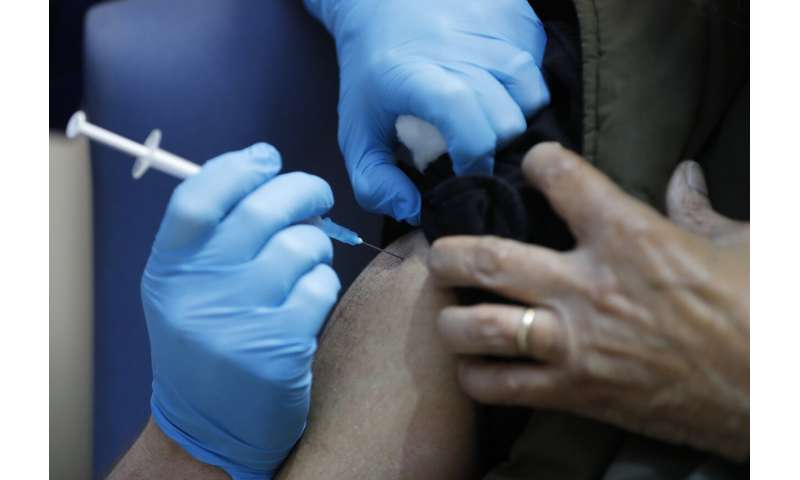 Documents released by U.S. regulators Tuesday confirmed that Pfizer’s vaccine was strongly protective against COVID-19 and appeared safe—offering the world’s first detailed look at the evidence behind the shots.

The positive review from the Food and Drug Administration sets the stage for a decision allowing the vaccine’s initial use within days. FDA regulators posted their analysis online even as across the Atlantic, Britain began vaccinating its oldest citizens with the shots, which were co-developed with BioNTech.

But the U.S. judges experimental vaccines in a unique way: On Thursday, the FDA will convene what’s essentially a science court that will debate—in public and livestreamed—just how strong the data backing the shots really is. That public vetting is considered key to bolstering confidence in the shots ahead of what’s expected to be the largest vaccination effort in U.S. history.

A panel of independent scientists will pick apart the FDA’s first-pass review before recommending whether the vaccine appears safe and effective enough for millions of Americans. The FDA typically follows the committee’s advice and if it gives the green light, the first recipients would be health care workers and nursing home residents, according to plans laid out by each state.

“They need to take as much time as they need to feel comfortable. It’s very important for the trust of the vaccine from the people,” he said at a news conference in Geneva.

It’s one of several vaccines in the pipeline being tested in the hope of ending the pandemic. The FDA later this month will consider a COVID-19 vaccine by Moderna and the National Institutes of Health.

Pfizer and its German partner BioNTech previously reported the shots appeared 95% effective at preventing mild to severe COVID-19 disease in a large, ongoing study. That’s based on the first 170 infections detected. Only eight of the infections were among volunteers given the real vaccine while the rest had received a dummy shot.

FDA’s reviewers agreed that the shots were strongly protective. And of special concern, they worked about as well in older adults, too, the agency confirmed. Among volunteers over age 55, there were three cases of COVID-19 infection who were vaccinated and 48 among placebo recipients. Five of the cases were among people 75 or older, and all had received the dummy shots.

While FDA noted that protection begins to appear two weeks after the first dose, full protection wasn’t calculated until after the second dose. No one yet knows how long that protection lasts, something the still unfinished study eventually will need to answer.

In the two months that volunteers were tracked so far after the second dose, FDA’s reviewers said protection hadn’t begun waning.

The other critical issue: Safety. FDA reviewers said the vaccine has “a favorable safety profile, with no specific safety concerns” that would prevent a decision to allow emergency use.

The main side effects are injection-site pain or flu-like reactions that indicate the immune system is revving up. Those tend to last a day or two and are most common after the second dose: More than half of adults under 55 experienced fatigue or headache, about a third reported chills or muscle pain, and 16% had a fever. Older adults were less likely to experience those reactions, and the FDA said they were considered severe in less than 5% of participants.

The FDA found no serious side effects among the more than 37,000 volunteers who’ve been tracked for at least two months after their last dose, the time period when historically any vaccination problems appear. 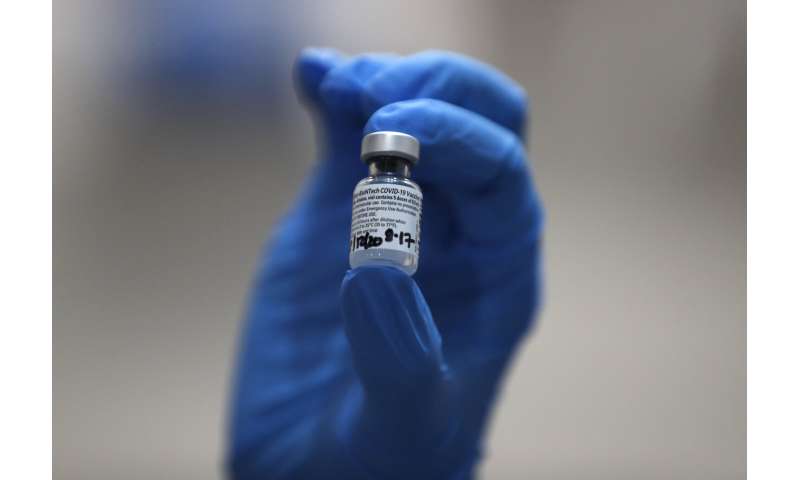 Some vaccine recipients experienced appendicitis and three developed Bell’s palsy, a temporary facial paralysis, during the study, but FDA said they occurred at rates common in the general population.

The study excluded volunteers with prior diagnoses of COVID-19, but researchers were anxious to learn how the vaccine would work in people who’ve already been infected and didn’t know it. Only 3% of study participants fell into that category, according to blood samples taken when they enrolled. There’s little data from that small subset of volunteers but, the FDA reviewers noted that previously infected people can be at risk of reinfection “and could benefit from vaccination.”

Another key question: how protective is the shot against severe cases of the disease? Four of the study’s 170 confirmed COVID-19 cases were severely ill, and only one of them had received vaccine instead of dummy shots. That participant was only classified as a severe case because of temporary low oxygen and wasn’t hospitalized.

Other key questions ahead of Thursday’s meeting:

—Were the shots adequately tested in Black, Hispanic and other communities hard-hit by the pandemic, to know how well the vaccine works in those populations?

—Does the vaccine protect against asymptomatic infection, or could the vaccinated still unknowingly spread the virus?

—What should pregnant women be told about vaccination, since they weren’t tested in Pfizer’s study?

Studies in children as young as 12 are just beginning.

Emergency vaccinations could begin before Pfizer’s 44,000-person study is complete, and answering some of those questions will require keeping that study going. Health authorities are wrestling with how to do so in a way that’s fair to placebo recipients who justifiably would want to get the real vaccine.

That access “is top of mind for many,” Pfizer and BioNTech recently wrote trial participants. The companies said they’re exploring ways to let placebo recipients switch to the vaccine group once they meet eligibility criteria for early access—if they’re health workers, for instance, or when the line opens for other essential workers or people over age 65.