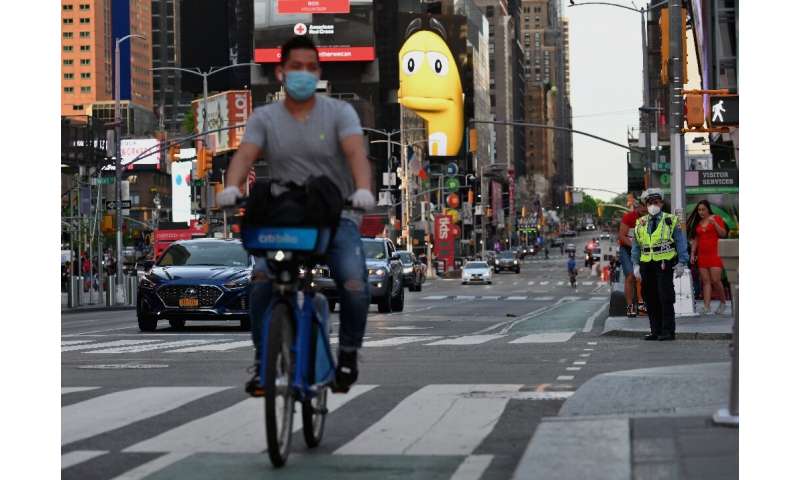 The US coronavirus death toll passed 100,000, as some countries reimposed social distancing rules following a resurgence of cases that raised the spectre of a dreaded second wave of infections.

Deaths and infections continued to climb. Fatalities in Europe topped 175,000, and fresh reports suggested the toll in the continent’s hardest-hit country, Britain, might be worse than thought.

The picture remained grim in Latin America, now fully in the throes of the pandemic that first emerged in China last year and has claimed more than 355,000 lives and infected at least 5.7 million on its deadly march across the globe.

Brazil now has the second-highest number of infections globally after the United States and deaths topped 25,000 Wednesday, while Peru logged a record 6,154 new cases in 24 hours.

Worried relatives gathered outside the Sabogal Hospital in the capital Lima unable to enter to see loved ones suffering from COVID-19—some begged guards for information.

“I want to talk to a doctor and they don’t let me know,” said Liset Villanueva, granddaughter of a coronavirus patient.

“They don’t say anything, they don’t call, they don’t explain anything… What is he suffering from?” 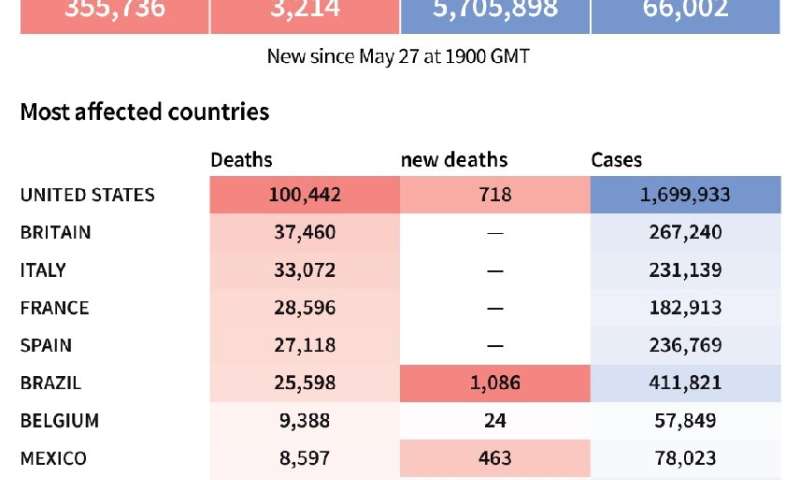 The US marked a dire milestone on Wednesday, passing 100,000 deaths, sparking fresh warnings from health experts that the country should not rush to reopen its badly bruised economy, with millions of American jobs wiped out in a matter of months.

Though the US has the highest number of deaths, it is not the most affected in terms of fatalities per million inhabitants.

President Donald Trump, eyeing re-election later this year, has repeatedly said he is eager to get back to business and has urged states to lift lockdowns.

“Don’t start leapfrogging over the recommendations of some of the guidelines because that’s really tempting fate and asking for trouble,” Fauci told CNN.

Elsewhere, some countries in Asia grappled with the risks of a second wave.

South Korea reimposed some social distancing rules after a series of new clusters emerged, many in the capital Seoul. 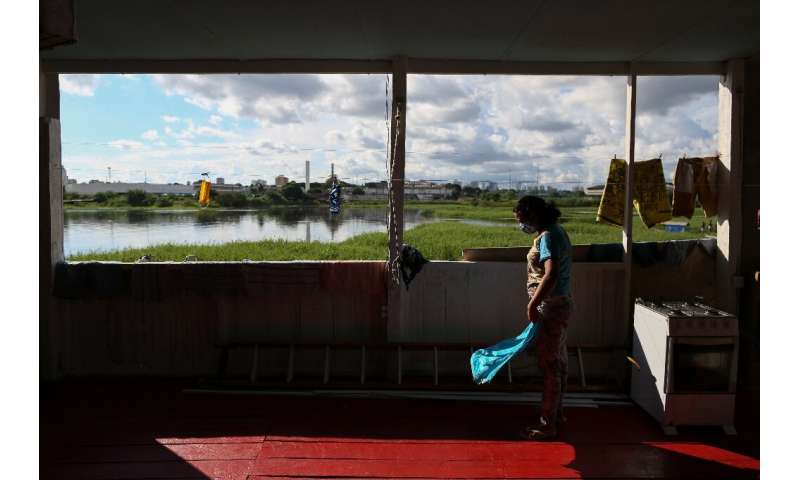 Museums, parks and art galleries will all be closed again from Friday for two weeks, while companies were urged to reintroduce flexible working, among other measures.

The next two weeks are crucial to prevent the spread of the infection in the metropolitan area,” health minister Park Neung-hoo said.

And in Sri Lanka, some lockdown measures will be rolled out again after more than 250 returnees from Kuwait were found to be infected with coronavirus.

But in Europe, governments were experimenting with how to move beyond lockdown to revive hammered economies and allow citizens to resume public life.

France was due to announce the second phase of its lockdown Thursday, when it is expected to let restaurants and cafes open in so-called green zones, those that have not been hit as hard by the virus.

But in red zones—including Paris—bistros and cafes may not be allowed to open their doors until July, though parks and gardens may be permitted to open sooner.

Britain is eyeing its own exit from lockdown and on Thursday launched a test-and-trace programme to halt the spread of the disease.

The country has been one of the hardest hit in the world and the government has come under fire for not responding to the crisis early enough. 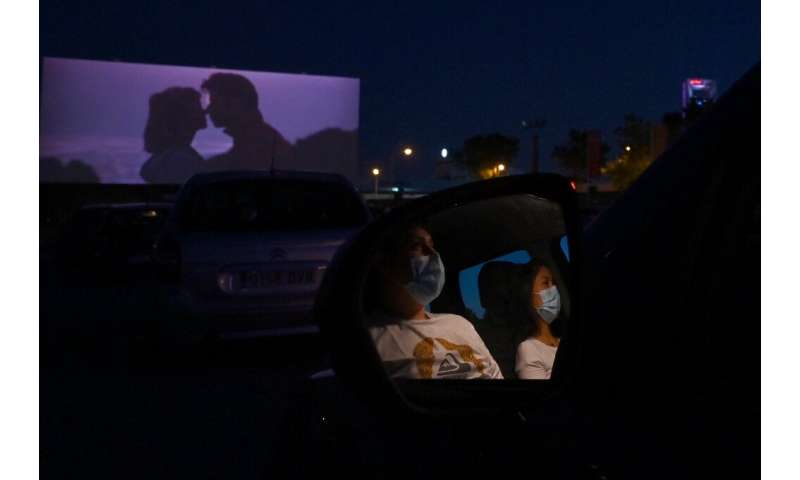 At a drive-in cinema in Madrid, crowds were delighted to finally be able to go to the movies again, while avoiding crowded theatres.

“Everyone has their own private space, there aren’t many surfaces where you could pick up infection because during the film, no one gets out of their car and if you want to order food you can do that online,” Belen Perez told AFP at a screening of “Grease”.

“It’s a great way of being entertained safely.”

Governments around the globe are faced with the precarious task of keeping populations safe while trying to kickstart their economies, with the world facing a global slump not seen in decades.

There was more bad news from the aviation sector on Thursday as British carrier EasyJet said it would axe up to 30 percent of its staff, while Scandinavian airline SAS announced fresh quarterly losses of $362 million.

On the auto front, Nissan reported an eye-watering $6.2-billion annual net loss, and said it was closing its Barcelona plant and slashing production.

The news comes after the European Union unveiled a historic, 750-billion-euro ($825 billion) recovery plan to get the continent back on its feet.

But amid a deluge of dire news, there were some promising developments as well.

Swiss pharmaceutical giant Roche joined forces with US biotech firm Gilead to test a mix of drugs to treat severe cases of COVID-19.

Scientists around the world are racing for a vaccine—or effective treatment—for the disease.

France said on Wednesday it was banning the anti-malarial drug hydroxychloroquine as a treatment after the World Health Organization suspended its testing over fears of dangerous side effects.

And in the animal world, there was coronavirus news too after a Bali zoo named a newborn giraffe after the disease.