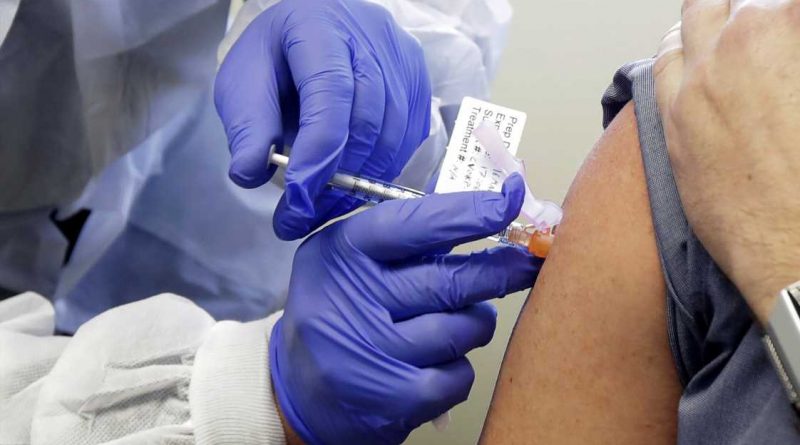 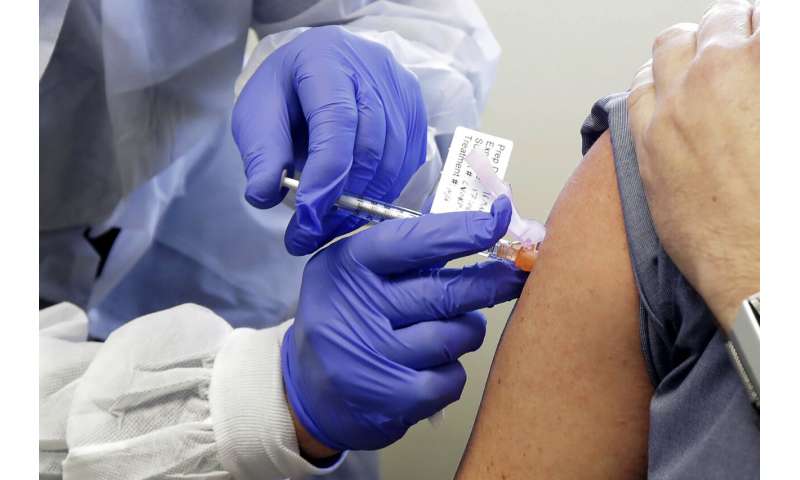 When precious vats of COVID-19 vaccine are finally ready, jabbing the lifesaving solution into the arms of Americans will require hundreds of millions of injections.

As part of its strategy to administer the vaccine as quickly as possible, the Trump administration has agreed to invest more than half a billion in tax dollars in ApiJect Systems America, a young company whose injector is not approved by federal health authorities and that hasn’t yet set up a factory to manufacture the devices.

The commitment to ApiJect dwarfs the other needle orders the government has placed with a major manufacturer and two other small companies.

“The fact of this matter is, it would be crazy for people to just rely on us. I would be the first to say it,” said ApiJect CEO Jay Walker. “We should be America’s backup at this point, but probably not its primary.”

Trump administration officials would not say why they are investing so heavily in ApiJect’s technology. The company has made only about 1,000 prototypes to date, and it’s not clear whether those devices can deliver the vaccines that are currently in development. So far, the leading candidates are using traditional vials to hold the vaccine, and needles and syringes in their clinical trials.

ApiJect founder Marc Koska never intended to vaccinate the United States. For the past five years, he’s been working on his lifetime mission of creating an ultra low-cost prefilled syringe that would reduce the need to reuse needles in the developing world.

Instead, the company’s biggest customer has become the U.S. government.

ApiJect received a no-bid contract earlier this year from the Defense Department under an exception for “unusual and compelling urgency.” Authorities said the U.S. Department of Health and Human Services, tasked with buying the necessary supplies, “does not have the resources or capacity to conduct procurements necessary to respond to the COVID-19 pandemic,” according to a June 5 military document.

The government promised ApiJect $138 million to produce 100 million of its devices by the end of the year, which will require the company to retrofit new manufacturing lines in existing factories. And it’s offered another $456 million as part of a public-private partnership contract to bring online several new factories to make another 500 million devices to “contain the pandemic spread to minimize the loss of life and impact to the United States economy,” said the document.

These amounts are more than double the per-syringe cost the government is paying other companies for the work.

Koska said Giroir was “blown away” by their technology and told them that if a pandemic hit, the strategic national stockpile was going to need a very fast way to get injections filled with vaccines or therapeutics and ready to deliver.

According to Walker, the CEO, ApiJect wasn’t interested in a federal contract—they were aiming to change the developing world with quick, inexpensive injection devices that could save millions of lives.

But at the conference, Walker found himself at a table with Giroir at a luncheon, just two seats apart. The admiral was fascinated by the low-cost injection technology, Walker said, and when Walker showed him the prototype that he always carries in his pocket, Giroir asked how they plan to do this in the U.S.

Walker said he told the admiral that the company wasn’t planning to operate in the U.S. but was struck by Giroir’s enthusiasm.

“He was the first person, if not the only person at the event, who understood the revolutionary nature of this platform,” Walker recalled in an interview with AP. “And he said, ‘Wow this is amazing. You need to do this in the U.S.'”

Walker continued to resist, he said, but Giroir—who is also a doctor specializing in pediatric critical care—”wasn’t big on taking no for an answer,” Walker said.

At Giroir’s urging they presented the prototype injector to U.S. officials. HHS declined to make agency officials available for interviews.

It wasn’t until later, when Walker was introduced by a friend to Col. Matthew Hepburn at the Defense Advanced Research Projects Agency, that a plan for ApiJect to work in the United States began to take shape, he said. 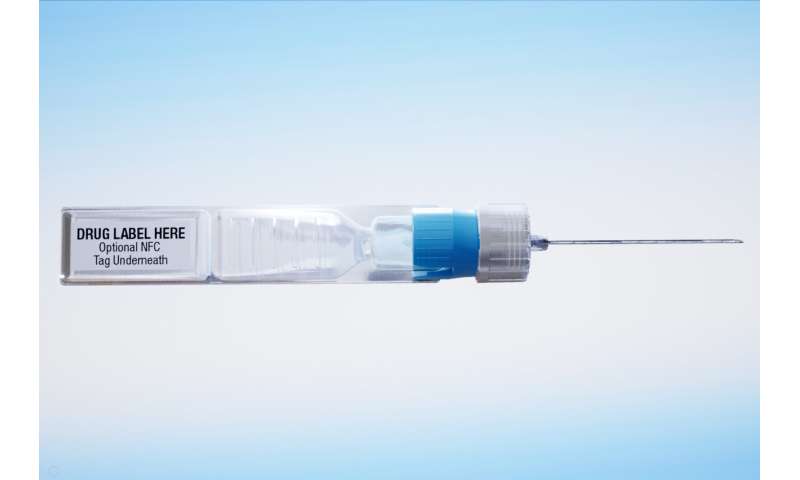 HHS Assistant Secretary for Preparedness and Response Robert Kadlec approved a $10 million contract for ApiJect for research and development in January 2020, according to a document in the federal procurement data system. The company was responsible for securing private investments to create new production lines where the devices would be made over three to five years.

When the pandemic emerged weeks later, officials sounded the alarm about a potential shortage of needles and syringes to deliver a vaccine if and when one became available.

The federal Strategic National Stockpile of medical supplies had only 15 million syringes, according to Dr. Rick Bright, who later left his position at Health and Human Services and filed a whistleblower complaint.

Bright warned White House trade adviser Peter Navarro and his HHS colleagues of a looming needle shortfall, according to a series of emails disclosed in his complaint.

“We are hearing rumblings about the US inventory of needles and syringes … heading to other countries,” wrote Bright. “There is limited inventory in the supply chain, it could take 2+ years to make enough to satisfy the U.S. vaccine needs.”

“We may find ourselves in a situation where we have enough vaccine but no way to deliver all of it,” he said in a February memo to the White House coronavirus task force.

He recommended the task force “direct HHS BARDA to initiate a program to identify all alternate vaccine delivery methods and ramp up production.” BARDA is the Biomedical Advanced Research and Development Authority within HHS.

Suddenly ApiJect’s 5-year plan to mass produce its devices became a sprint measured in months with a new $138 million contract, announced in May, to produce 100 million devices by year’s end.

Jefferies Financial Group is acting as the leader of the public-private partnership with HHS and invested $10 million to help ApiJect build surge production facilities in March. The company said it would try to raise up to $1 billion more. There have been no additional announcements of funding.

Walker said due to nondisclosure agreements with both the government and investors, the company is unable to say what private funding they’ve secured so far.

The idea, he said, was to be ready to distribute a COVID-19 vaccine as soon as it was developed.

“We must not be caught short on our capacity to deliver emergency drugs to Americans in need,” said HHS Secretary Alex Azar.

An estimated 700 million injections may be needed to inoculate the nation—at least two shots for every person, according to the military document.

In early May, the government put in two orders, to Retractable Technologies in Little Elm, Texas, and Marathon Medical in Aurora, Colorado, totaling 320 million needles and syringes.

Later in May, the government announced plans for ApiJect to manufacture more than 500 million all-in-one devices that would come pre-loaded with the vaccine.

And earlier this month Retractable entered into a second contract with the government, this one for $53 million meant to boost domestic manufacturing. 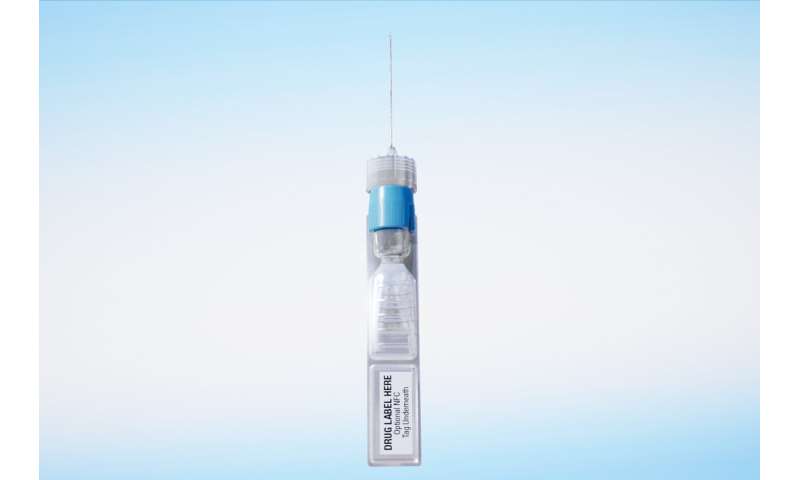 But Retractable, which was worried enough about its financial future that earlier this year it received a $1.36 million loan from the Paycheck Protection Program, has been doing about 80% of its manufacturing in China. And Marathon is a medical supply distributor, and there is no indication on its web site that it manufactures needles and syringes at all. The company did not respond to repeated requests for comment.

Despite the race to replenish the domestic needle and syringe supply, about 400 shipping containers of syringes have left the U.S. for countries including Germany, Colombia, Australia, Brazil and Italy this year, according to Panjiva Inc., a service that independently tracks global trade. That’s the same, on average, as syringe exports over the past five years.

Experts acknowledge that a mass vaccination campaign is going to be complicated.

“There are a lot of moving parts to this,” said Dr. Bruce Gellin, the Sabin Vaccine Institute’s president of global immunization.

Darin Zehrung, who studied medical devices at PATH, a nonprofit advocating for health equity, said it’s wise to invest in new injection technologies. But that only works if there are plenty of basic syringes and needles stocked up.

ApiJect’s devices are self-contained, with soft plastic blisters that are squeezed, like a nose spray or eye drop, to push the vaccine through an attached needle and into the patient.

The device includes a little computer chip—like the ones in credit cards—that can transmit information about the drug, dose, location and time of administration.

Other injection devices Koska designed have been used in the developing world, but this ApiJect technology has not.

The company said they have started discussions with the U.S. Food and Drug Administration to review the device on a priority basis while the company moves ahead fitting factories to make their injectors. The agency wouldn’t confirm this, citing its policy against discussing products involved in clinical trials.

Testing different vaccine candidates in the ApiJect devices will be critical before injecting the public.

Plastic could interact differently with the liquid than the glass vials currently used in trials, experts say. And there are strict temperature requirements. ApiJect’s planned process is to pour vaccine doses into the warm plastic blisters as they come off the production line, the company says. ApiJect says they can instantly cool the devices as they are made.

Walker, the ApiJect CEO, who founded the online travel agency Priceline, acknowledges that the government’s decision to rely on “an emergency plan of refitting established pharmaceutical manufacturing facilities is risky. But we feel good about it.”

The Associated Press asked the Health and Human Services department over many weeks to explain the government’s approach. The agency didn’t allow an official to speak on the record for this story.

A senior administration official, speaking on condition of anonymity because the agency declined to allow him to identified by name, told AP he wasn’t familiar with ApiJect or the contract. But he said the government was buying a range of devices to deliver the vaccine because they don’t know what they need. And, he said, the Trump administration is looking to boost domestic manufacturing.

When AP reached out directly to Trump’s vaccine czar, Moncef Slaoui, to discuss the new technology, a spokesperson said the query was inappropriate.

“If this continues, we will make no one else available either,” Natalie Baldassarre, a special assistant at HHS, wrote in an email.