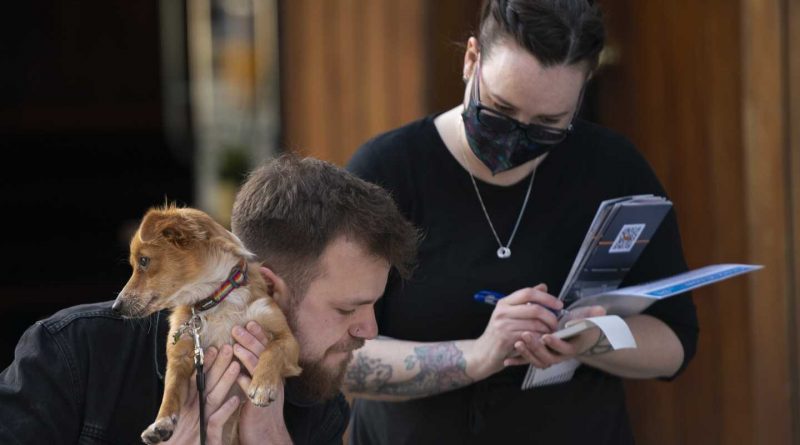 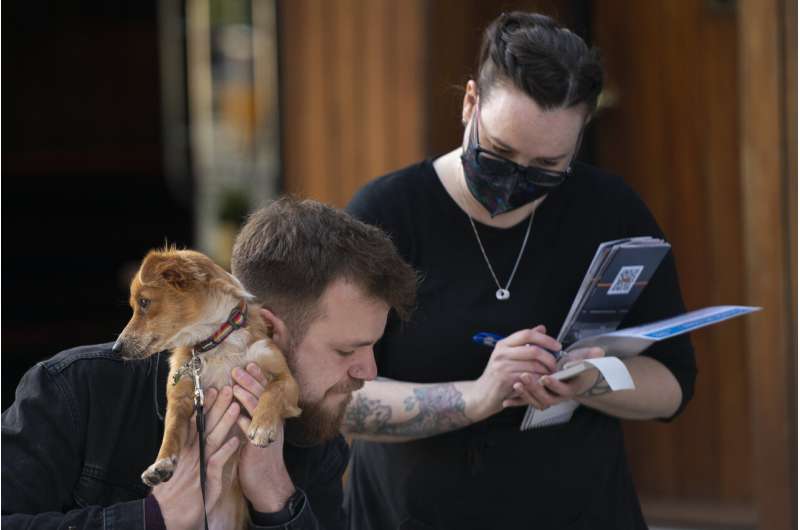 Britain began offering coronavirus vaccinations to anyone over 45 on Tuesday after hitting its target of giving at least one dose to everyone over 50 by the middle of April.

Despite the good news, Prime Minister Boris Johnson warned that the U.K. would inevitably see “more hospitalization and deaths” as it emerges from lockdown. On Monday non-essential shops, hairdressers, gyms, restaurant patios and beer gardens reopened in England.

Days before its self-imposed April 15 deadline, the government said everyone in its top priority groups—over 50s, health care workers and people with serious medical conditions—had been offered a jab, and about 95% of them received one. More than 32 million people, over 60% of the country’s adults, have had a first shot and almost 15% of adults have gotten both doses.

Vaccine eligibility was expanded Tuesday to people ages 45-49, the start of the second phase of the inoculation campaign. The government aims to give everyone over 18 at least one dose by July 31.

The move came the day after some lockdown rules in place for more than three months were lifted. Relieved residents flocked to areas such as London’s Soho nightlife district, where tables were packed into narrow streets that had been closed to traffic. 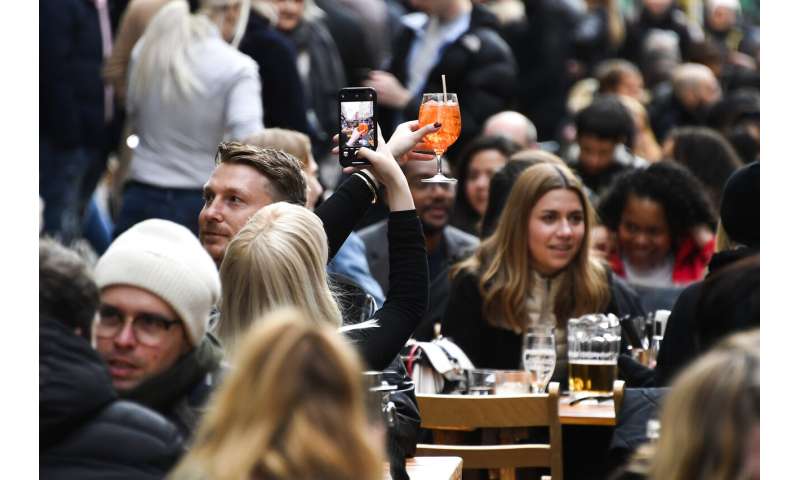 Politicians and scientists tried to temper the euphoria at the return of some freedoms with a warning that the virus still poses a major threat.

Britain has had Europe’s deadliest coronavirus outbreak, with more than 127,000 confirmed deaths. A combination of rapid vaccination and lockdown has sharply decreased its infection and mortality rates.

“Of course the vaccination program has helped, but the bulk of the work in reducing the disease has been done by the lockdown,” Johnson said. 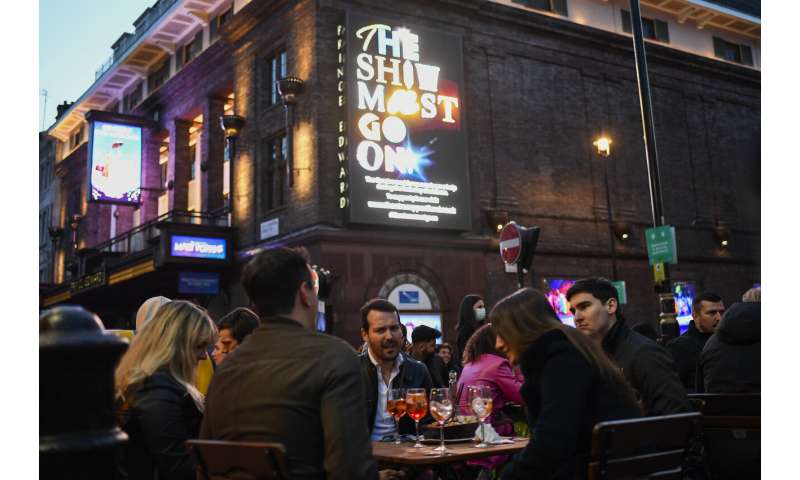 “We need to be really careful about assuming we’re on a one-way, inexorable, inevitable track to it all being fantastic and we can go back to normal, because actually we’ll need a new normal,” Hopson said.

The pace of Britain’s vaccination drive has slowed in recent weeks, with the number of first doses falling sharply as the campaign focuses on delivering second shots.

Like many other countries, Britain is also receiving fewer doses than it had hoped for, partly as a result of India’s decision to stop exports of the Oxford-AstraZeneca COVID-19 vaccine from its Serum Institute.

The U.K.’s inoculation effort so far has used the AstraZeneca coronavirus vaccine and one made by Pfizer-BioNTech. Britain has also ordered 17 million doses of a vaccine made by American pharmaceutical company Moderna, with the first batches arriving earlier this month. 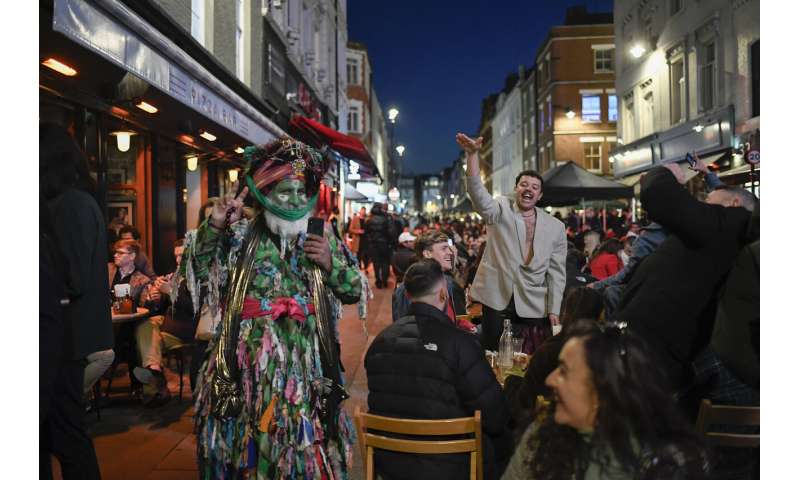 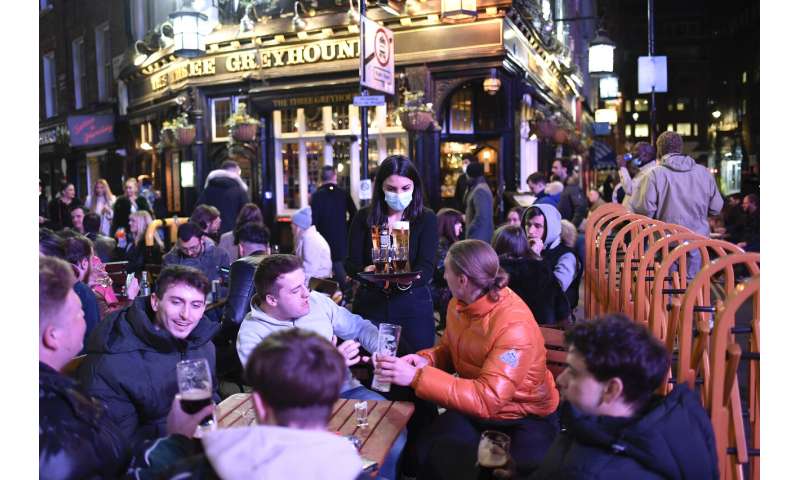 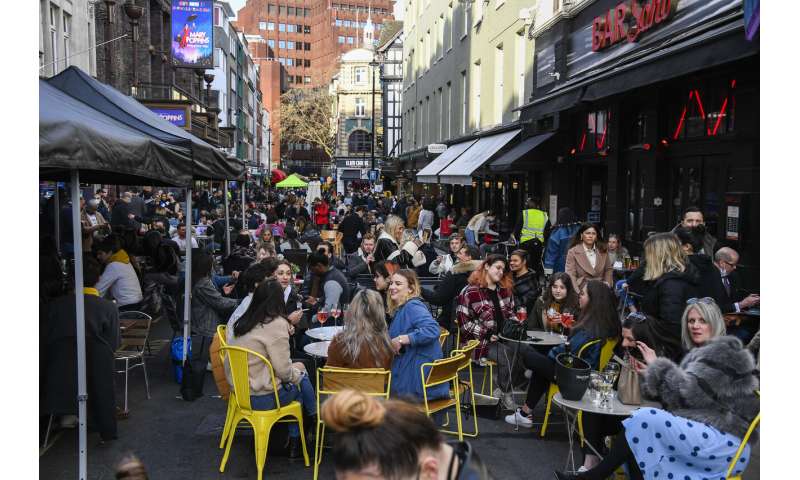 The Moderna doses will be given primarily to younger people, following Britain’s decision last week not to give the AstraZeneca jab to individuals under 30 because of strengthening evidence it may be linked to rare blood clots.

Adam Finn, a member of the U.K.’s Joint Committee on Vaccination and Immunization, said the vaccine campaign so far meant that “we’re halfway up the hill.”

“We’ve certainly got an important job to do to communicate the importance of the vaccination program to younger people,” Finn told Sky News. “They perhaps have less fear of this disease than older people quite understandably have had, but nevertheless I think people can be helped to understand that the ultimate exit from this catastrophe involves building up immunity in the population.”