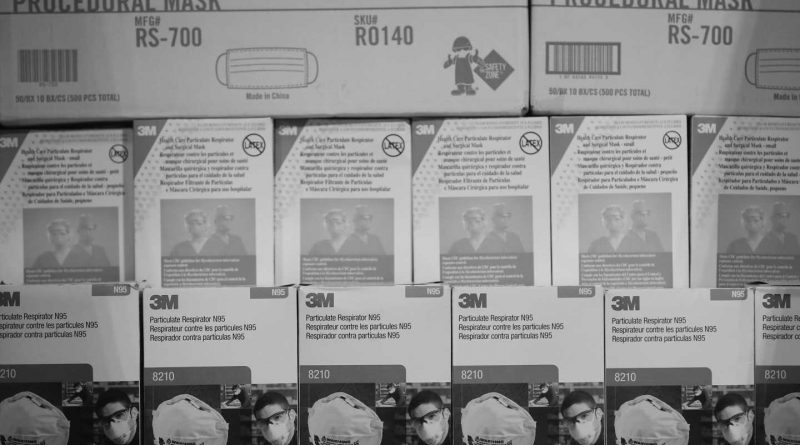 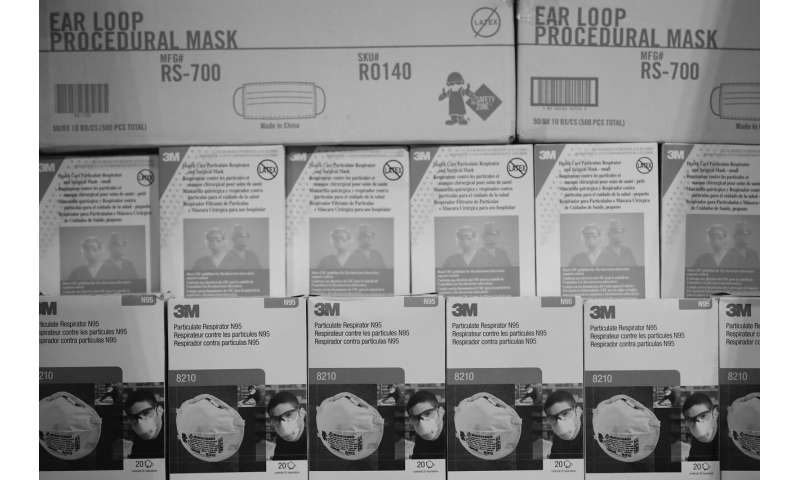 As the first alarms sounded in early January that an outbreak of a novel coronavirus in China might ignite a global pandemic, the Trump administration squandered nearly two months that could have been used to bolster the federal stockpile of critically needed medical supplies and equipment.

By that time, hospitals in several states were treating thousands of infected patients without adequate equipment and were pleading for shipments from the Strategic National Stockpile. That federal cache of supplies was created more than 20 years ago to help bridge gaps in the medical and pharmaceutical supply chains during a national emergency.

Now, three months into the crisis, that stockpile is nearly drained just as the numbers of patients needing critical care is surging. Some state and local officials report receiving broken ventilators and decade-old dry-rotted masks.

As early as mid-January, U.S. officials could see that hospitals in China’s Hubei province were overwhelmed with infected patients, with many left dependent on ventilator machines to breathe. Italy soon followed, with hospitals scrambling for doctors, beds and equipment.

HHS did not respond to questions about why federal officials waited to order medical supplies until stocks were running critically low. But President Donald Trump has asserted that the federal government should take a back seat to states when it comes to dealing with the pandemic.

Trump and his appointees have urged state and local governments, and hospitals, to buy their own masks and breathing machines, saying requests to the dwindling national stockpile should be a last resort.

“The notion of the federal stockpile was it’s supposed to be our stockpile,” Jared Kushner, the president’s son-in-law and adviser, said at a White House briefing Thursday. “It’s not supposed to be state stockpiles that they then use.”

Experts in emergency preparedness and response have expressed dismay at such statements, saying the federal government must take the lead in ensuring medical supplies are available and distributed where they are needed most.

Because of the fractured federal response to COVID-19, state governors say they’re now bidding against federal agencies and each other for scarce supplies, driving up prices.

“You now literally will have a company call you up and say, ‘Well, California just outbid you,'” Gov. Andrew M. Cuomo, D-N.Y., said Tuesday. “It’s like being on eBay with 50 other states, bidding on a ventilator.”

For nearly a month, Trump rebuffed calls from Cuomo and others to use his authority under the Defense Production Act to order companies to increase production of ventilators and personal protective equipment. He suggested the private sector was acting sufficiently on its own.

More than three months after China revealed the first COVID-19 cases, Trump finally relented last week, saying he will order companies to ramp up production of critical supplies. By then, confirmed cases of COVID-19 within the United States had surged to the highest in the world. Now, the number of people infected in the U.S. has climbed to more than 312,000 and deaths have topped 8,500.

Trump spent January and February playing down the threat from the new virus. He derided warnings of pandemic reaching the U.S. as a hoax perpetrated by Democrats and the media. As the World Health Organization declared the outbreak a global public health emergency on Jan. 30, Trump assured the American people that the virus was “very well under control” and he predicted “a very good ending.”

His administration was so confident that Secretary of State Mike Pompeo announced on Feb. 7 that the government had airlifted nearly 18 tons of donated respirator masks, surgical masks, gowns and other medical supplies to China.

On Feb. 24, the White House sent Congress an initial $2.5 billion funding request to address the coronavirus outbreak. The next day, federal health experts at the Centers for Disease Control and Prevention warned that the virus was spreading quickly in the U.S. and predicted that disruptions to daily life could be “severe,” including school and business closures. 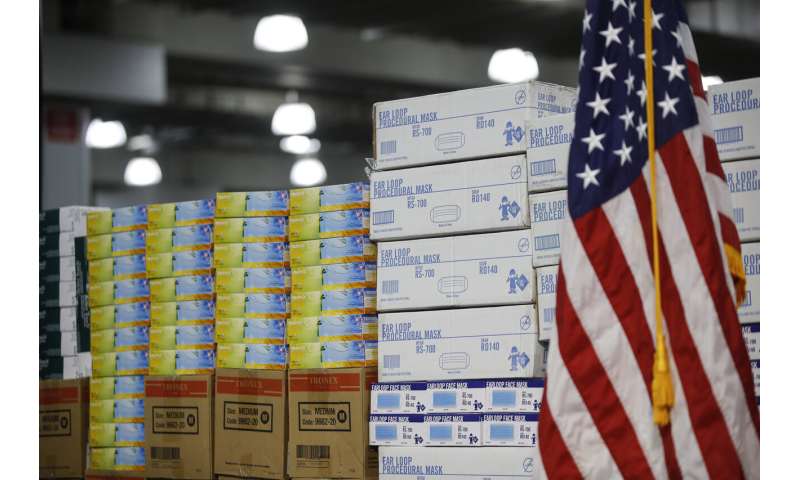 During those crucial early weeks when the U.S. could have been tracking the spread of the disease and containing it, hardly anyone was being tested after a series of federal blunders led to a shortage of tests and testing capacity, as AP reported last month.

Without data showing how widespread the disease was, federal and state governments failed to prepare.

By the middle of March, hospitals in New York, Seattle and New Orleans were reporting a surge in sick patients. Doctors and nurses took to social media to express their alarm at dwindling supplies of such basic equipment as masks and gowns.

Trump accused some Democratic governors of exaggerating the need and derided those that criticized the federal response as complainers and snakes.

“I want them to be appreciative,” Trump said on March 27.

At the start of the crisis, an HHS spokeswoman said the Strategic National Stockpile had about 13 million N95 respirator masks, which filter out about 95% of all liquid or airborne particles and are critical to prevent health care workers from becoming infected. That’s just a small fraction of what hospitals need to protect their workers, who normally would wear a new mask for each patient, but who now are often issued only one to last for days.

Trump during a White House briefing on March 26 claimed that he had inherited an “empty shelf” from the Obama administration, but added that “we’re really filling it up, and we fill it up rapidly.”

Federal purchasing records, however, show the Trump administration delayed making big orders for additional supplies until the virus had taken root and was spreading.

HHS first announced its intent to purchase 500 million N95 masks on March 4, with plans to distribute them over the next 18 months. The following day, Congress passed an $8.3 billion coronavirus spending bill, more than three times what the White House had originally asked for.

Eight days later, on March 13, Trump declared the outbreak a national emergency. That was almost six weeks after the WHO’s action. By then, thousands of U.S. schools had closed, the National Basketball Association had put its season on temporary hiatus and there were 1,700 confirmed cases of COVID-19 in the country.

The government had already sent tens of thousands of masks, gloves and gowns from the stockpile to Washington state, which was hit early with a coronavirus outbreak. But state officials even then said the supplies weren’t enough.

Federal contracting records show that HHS had made an initial order March 12 for $4.8 million of N95 masks from 3M, the largest U.S.-based manufacturer, which had ramped up production weeks earlier in response to the pandemic. HHS followed up with a larger $173 million order on March 21, but those contracts don’t require 3M to start making deliveries to the national stockpile until the end of April. That’s after the White House has projected the pandemic will reach its peak.

On Thursday, Trump threatened in a Tweet to “hit 3M hard” through a Defense Production Act order, saying the company “will have a big price to pay!” He gave no specifics.

HHS declined this past week to say how many N95 masks it has on hand. But as of March 31, the White House said more than 11.6 million had been distributed to state and local governments from the national stockpile—about 90% of what was available at the start of the year.

Dr. Robert Kadlec, the assistant secretary for preparedness and response at HHS, testified before Congress last month that the country would need roughly 3.5 billion N-95 respirators to get through the pandemic, but the national supply chain then had just about 1% of that amount.

Greg Burel, director of the Strategic National Stockpile from 2007 until his retirement at the start of this year, said the cache was only ever intended to serve as a short-term “bridge-stock.”

The stockpile was created in 1999 to prevent supply-chain disruptions for the predicted Y2K computer problems. It expanded after 9/11 to prepare for chemical, biological, radiological and nuclear attacks. Congress provided money in 2006 to prepare for a potential influenza pandemic, though Burel said much of that stock was used during the H1N1 flu outbreak three years later. 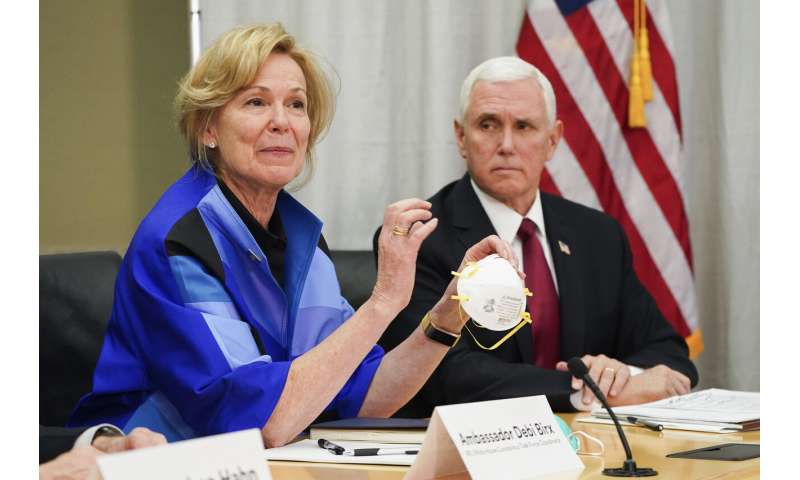 “There’s never enough money to buy everything that we want to see on those shelves,” said Burel, who stressed the stockpile uses its annual funding to prepare for a wide array of potential threats.

“Most of the time, commercially available products like masks can be bought in quantity at the time of an event.”

This time, it hasn’t worked out that way. As AP reported last month, much of the world’s supply of N95 masks and other basic medical supplies is made in China, the first nation hit by COVID-19. As a result, the Chinese government required its producers to reserve N95 respirators for domestic use. China resumed exports of the precious masks only in recent days.

Experts are now worried the U.S. will also soon exhaust its supply of ventilators, which can cost upward of $12,000 each.

The White House said Tuesday that it had already distributed nearly half the breathing machines in the stockpile, which at the beginning of March had 16,660; some of them dated back to the flurry of post-9/11 purchasing. An additional 2,425 were out for maintenance.

Cuomo said New York may need as many as 40,000 ventilators to deal with the outbreak that is already overwhelming hospitals there.

Throughout March, governors and mayors of big cities urged Trump to use his authority under the Defense Production Act to direct private companies to ramp up production of ventilators. It wasn’t until last week that Trump finally said he would use that power to order General Motors to begin manufacturing ventilators—work the company had already announced was underway.

The federal government had made an effort to prepare for a surge in the need for ventilators, but it was allowed to languish. Since 2014, HHS has paid a private company, Respironics Inc., $13.8 million to develop a cheaper, less complicated ventilator that could be bought in bulk to replenish the national stockpile. In September, HHS placed a $32.8 million order with the Dutch-owned company for 10,000 of the new model, set for delivery by 2022, federal contracts show.

Respironics’ parent company, Royal Philips, said it’s planning to double U.S. production of ventilators to 2,000 a week by the end of May.

Steve Klink, a spokesman for Royal Philips in Amsterdam, said the company is now focused on producing its other commercial models and will deliver the first ventilators to the national stockpile by August, long after the White House projects COVID-19 cases will peak.

Trump, who pledged on March 27 that his administration would ensure that 100,000 additional ventilators would be made available “within 100 days,” said on Thursday that he’ll use the Defense Production Act to order Respironics and other ventilator makers to step up production.

It’s not clear that Trump’s order would translate into the 100,000 new ventilators he promised. In a House Oversight and Reform Committee briefing last week, top Federal Emergency Management Agency officials hedged, saying 100,000 ventilators would be available by late June “at the earliest.”

Cuomo predicted on Friday that New York would run out within days. With coronavirus deaths in his state surging, the governor vowed to use his authority to seize ventilators, masks and protective gear from private hospitals that aren’t utilizing them.

New guidance from the Food and Drug Administration allows hospitals to use emergency ventilators typically used in ambulances and anesthesia gas machines in place of standard ventilators. The agency also said nightstand CPAP machines used to treat sleep apnea and snoring could also be used to keep coronavirus patients breathing, as a last resort.

The CDC advised health care workers last month to use homemade masks or bandanas if they run out of proper gear. Across the country, hospitals have issued urgent pleas for volunteers who know how to sew.

President Trump provided his own input, suggesting that Americans without access to factory-produced masks could cover their faces with scarves.