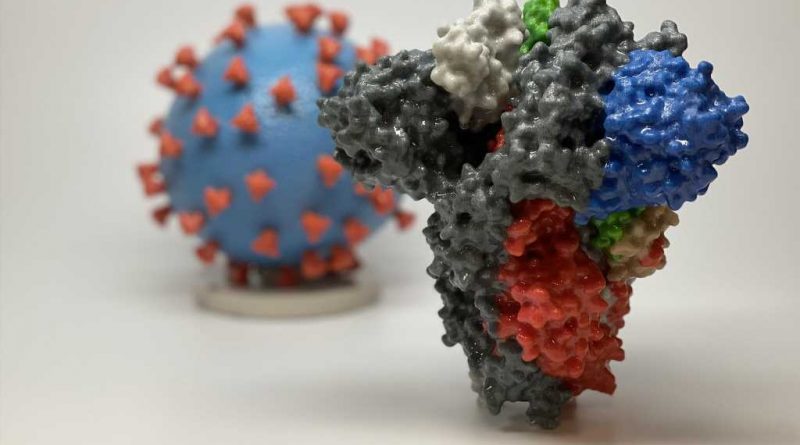 Approximately 5% of people with Covid-19 progress to a severe or critical form, including the development of severe pneumonia that progresses to acute respiratory distress syndrome. While these forms sometimes occur early in the course of the disease, clinical observations generally describe a two-stage progression of the disease, beginning with a mild to moderate form, followed by respiratory aggravation 9 to 12 days after the onset of the first symptoms. This sudden progression suggests deregulation of the host inflammatory response.

A growing number of indications suggest that this aggravation is caused by a large increase in cytokines. This runaway inflammatory response is correlated with massive infiltration in the lungs of innate immune cells, namely neutrophils and monocytes, creating lung damage and acute respiratory distress syndrome.

By analogy with a genetic disease leading to a similar pulmonary pathology identified at Institut Imagine by the team of Inserm researcher Frédéric Rieux-Laucat, the initial hypothesis assumed excessive production of interferon (IFN) type I, a marker of the response to infections. However, in seriously ill patients, the teams of Darragh Duffy (Dendritic Cell Immunobiology Unit, Institut Pasteur/Inserm), Frédéric Rieux-Laucat (Laboratory of Immunogenetics of Pediatric Autoimmune Diseases at Institut Imagine—Inserm/Université de Paris), Solen Kernéis (Mobile Infectiology Team, AP-HP Centre—Université of Paris) and Benjamin Terrier (Department of Internal Medicine, AP-HP Centre—Université of Paris) show that the production and activity of type-I IFN are strongly reduced in the most severe forms of Covid-19.

In addition, there is a persistent blood viral load, indicating poor control of viral replication by the patient’s immune system which leads to an ineffective and pathological inflammatory response. The inflammation, caused by the transcription factor NF-kB, also leads to increased production and signaling of tumor necrosis factor (TNF)-alpha and the pro-inflammatory cytokine interleukin IL-6.

This low signature of type-I IFN differs from the response induced by other respiratory viruses such as human respiratory syncitial virus or influenza A virus, both of which are characterized by high production of type-I IFN.

The study also showed that low levels of type-I IFN in plasma precede clinical worsening and transfer to intensive care. Levels of circulating Type 1 IFN could even characterize each stage of disease, with the lowest levels observed in the most severe patients. These results suggest that in SARS-CoV-2 infection, the production of type-I IFN is inhibited in the infected host, which could explain the more frequent severe forms in individuals with low production of this cytokine, such as the elderly or those with co-morbidities.

Therefore, type-I IFN deficiency could be a signature of severe forms of COVID-19 and could identify a high-risk population.