Home » Turmeric side effects: Is it dangerous to have too much turmeric? Most common side effects 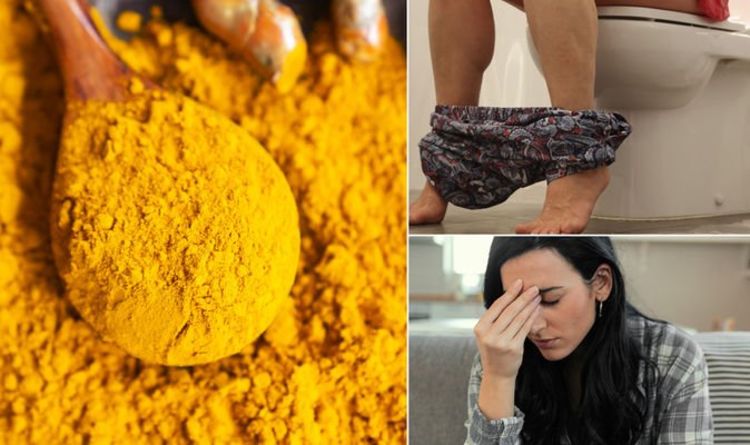 When you subscribe we will use the information you provide to send you these newsletters. Sometimes they’ll include recommendations for other related newsletters or services we offer. Our Privacy Notice explains more about how we use your data, and your rights. You can unsubscribe at any time.

Turmeric is a yellow spice that gives curry its characteristic colour, but it’s also used in some cheeses, butter, and even mustards. But turmeric has also been used as a natural remedy for some relatively common ailments. Can you take too much turmeric, though?

The spice originally comes from the turmeric plant, and is most commonly used in the Asian cuisine.

It’s been claimed to have a number of medicinal properties, thanks to its active ingredient, curcumin.

Curcumin is a compound that constitutes around three percent of turmeric, but it’s responsible for most of its health benefits.

It’s believed that curcumin is a natural anti-inflammatory, which means it’s beneficial for conditions that involve inflammation. 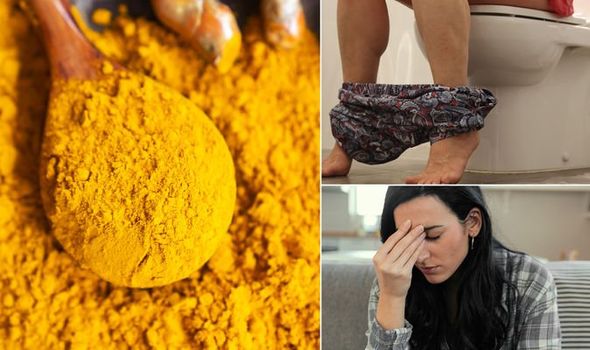 He wrote for medical website Healthline: “However, some people are concerned about the possible side effects of high-dose turmeric and curcumin supplements.

“There are no official recommendations for the intake of turmeric, and the maximum tolerable intake level has not been identified.

“However, as a general rule, you should not exceed the dosage recommendations you find on supplement labels.”

Turmeric doesn’t usually cause any major side effects when its taken in a moderate capacity.

Some people may develop nausea and diarrhoea, while others may have dizziness or stomach pain.

The spice does, however, contain oxalate – an organic acid – that’s been linked to kidney stones.

Only predisposed individuals are at risk of kidney stones from oxalate, though, said Arnarson. 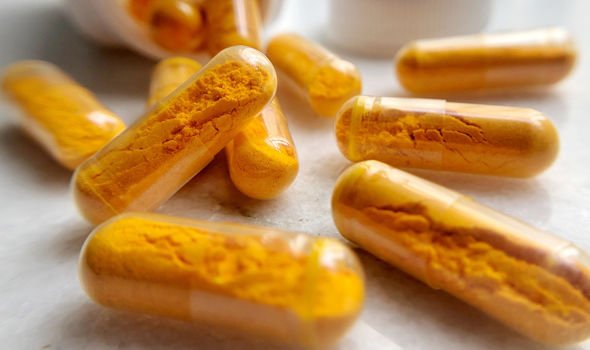 The spice could lower fertility in men, and also cause some blood clotting problems.

If you’re pregnant, you should avoid taking turmeric in medical doses, it said.

Turmeric may promote a menstrual period or stimulate the uterus, putting the pregnancy at risk.

Otherwise, turmeric is generally safe to use as a supplement, or as a topical cream.

It’s been touted as a potential remedy for hay fever, as it reduces the likelihood of sneezing, runny noses and congestion.

Turmeric could even lower the amount of cholesterol and fats in the blood.

You should speak to a doctor or nutritionist for advice on taking any new supplements.