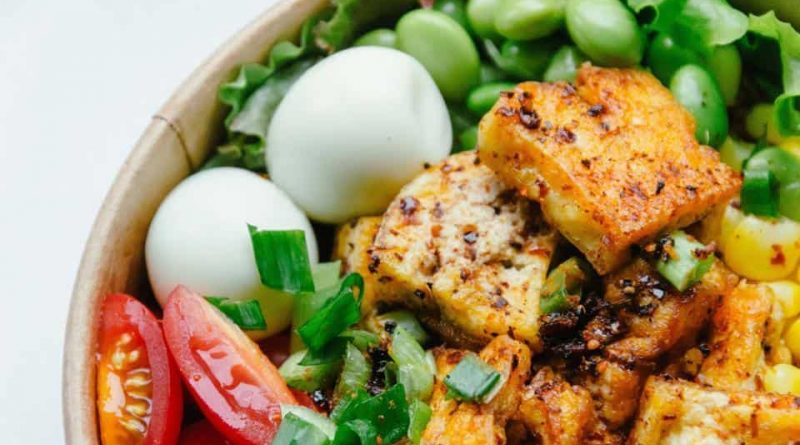 The coronavirus made American meatpacking plants even more dangerous than usual, with outbreaks forcing shutdowns that in turn led to producers euthanising livestock. Consumers suddenly found themselves in empty meat aisles, searching for protein.

Enter tofu. Made from soybeans and little else, the plant-based protein—like the growing field of faux meat—has been in ascendance among Americans. In the U.S., it’s historically been a niche product, while popular in much of the rest of the world. Now, more American shoppers are giving it a second look.

A prime beneficiary of this pandemic-driven trend is Pulmuone, a South Korea-based food maker boasting a 78% share of U.S. tofu sales, with brands like Nasoya, Wildwood and Azumaya. Jay Toscano, Pulmuone’s executive vice president of sales, said three of its U.S. plants are going six days a week. Sales are so good, he said, that Pulmuone has been forced to import tofu from South Korea to meet demand.

The Plant Based Foods Association (PBFA) reported all plant-based sales during the third week of March, the beginning of most shutdowns in the U.S., were up 90% compared with the previous year, and still 27% higher a month later. Based on Nielsen data for the four-week period ending March 28, tofu sales were up 66.7% over the same period in 2019. Sales were still up by 32.8% in May.

Consumed in Asia for more than 1,000 years, the top-selling form of tofu is water-packed. Dasha Shor, global food analyst at Mintel, said it’s “a viable alternative for price-sensitive, health-conscious consumers seeking to add more protein to their meals.”

Tofu “has long been maligned [in the U.S.], and wrongly so,” said Michele Simon, executive director of PBFA. “It has a reputation of being a tasteless food that people don’t understand.”

Sales of tofu in the U.S. were $363 million last year. Dr. Michael Greger, who runs the nonprofit nutritionfacts.org, said tofu is preferable to other parts of the meat-alternative sector.

“Tofu has 40% fewer calories than popular plant-based burgers,” he said. “Consumption of tofu and other soy foods is associated with lower rates of cancer­­—including the risk of dying from breast cancer—and cardiovascular disease without affecting thyroid hormone levels.” Authors of a 2019 analysis of scientific studies said they found potential support for “current recommendations to increase intake of soy for greater longevity.”

And compared with other meat alternatives, Tofu is arguably a bargain. One pound of Beyond Meat ground “beef” sells for $8.99 versus 14 ounces of tofu (just shy of one pound) retailing for $2.99.

Where once tofu only had 5% penetration in grocery stores, Toscano said his retailers are seeing numbers rise dramatically. Kroger, which has almost 2,800 supermarket locations across the U.S., said tofu sales from mid-March to late May were up almost 9%. Wegmans, with 101 stores in seven states, said its sales almost doubled over the same period compared with 2019.

Tofu makers House Foods, a Japanese company with two plants in the U.S., and Hodo Foods, which makes all of its tofu in Oakland, California, said they are also seeing significant growth. House Foods said it has seen an 8% rise in sales over previous years, and like Hodo, plans to increase manufacturing capacity over the coming year.

Even makers of tofu alternatives (there is such a thing) are experiencing growing pains. Christian Stroud, chief operating officer of Foodies Vegan, makes Pumfu, a tofu-like product derived from pumpkin seeds. Stroud said his sales increased by 50%, forcing him to hire an outside sales team to manage calls. “If our sales continue, we will ship over $1 million in Pumfu this year,” Stroud said.

“Buyers were contacting us because they were having shortages getting tofu,” he said. “It was a perfect opportunity to seize the moment because of supply chain problems.”