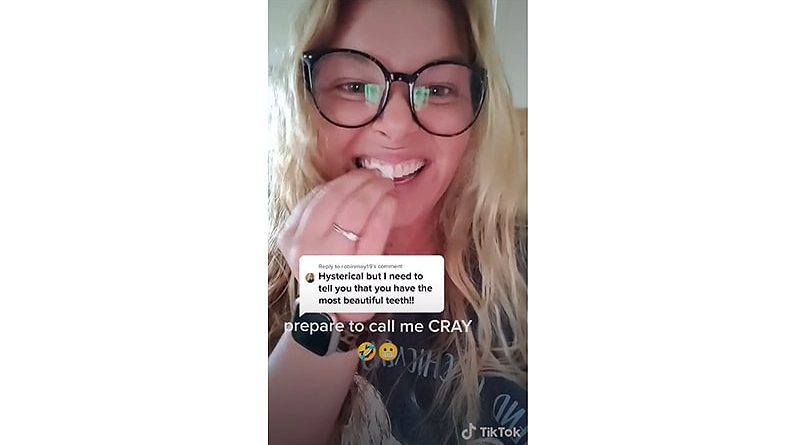 What a month! August has had a little bit of everything: the Delta variant ruining all fall plans, everyone being generally ready for Halloween (the 12-foot tall Home Depot skeleton has a brother now?), the milk crate challenge, and more. Throughout these epic highs and lows, TikTok has continued to do what TikTok does best: make advice — both good and bad — go viral.

Here’s what was trending in August.

This stitched TikTok from Sharyn Rose has over 220,000 likes and features a tinted sunscreen from La Roche Posay. Few other TikToks have appeared throughout the summer months recommending this product — so what’s the truth? Is it worth the buzz?

In short, yes. Sunscreen is a must year round, even if it’s cloudy outside or you’re inside all day (thanks, Delta). So you can’t really go wrong with sunscreen, especially when it comes to a brand like La Roche Posay, which is well known among skin care aficionados for being a high-end and dependable pharma brand that makes you feel a bit European and chic. This particular sunscreen is a mineral sunscreen (as opposed to chemical) and has a slight tint for those who want a bit of coverage.

Muneeb Shah, MD, a dermatologist, recommended both the La Roche Posay tinted mineral sunscreen and the brand’s melt-in sunscreen milk, which is a chemical sunscreen.

“Both give adequate protection to prevent skin cancer and aging,” he said in a TikTok that compares the two. “And both blend seamlessly with my skin, leaving no white cast.”

Before it was deleted, this TikTok from Heather Dunn went viral with over 250,000 likes and thousands of comments. In the video, Heather Dunn reveals her trademark teeth-whitening routine: She simply rubs a Mr. Clean Magic Eraser against them in the same way you might use it to remove a scuff on a wall. Some TikTok users filmed themselves replicating it to show that — wow! — it works.

Yes, if you rub a Magic Eraser on your teeth, they will be white. Because you’re scrubbing off your enamel. Poor enamel creates a whole host of issues: sensitivity to certain foods and temperatures, yellow discoloration, cracks and chips, as well as increased tension in your jaw that can cause things like temporomandibular joint dysfunction or migraines. TikTok responded to the trend by putting potential injury warnings on the video, which is now unavailable, for obvious reasons.

With formaldehyde, melamine (a foam used to insulate bullet trains), and sodium bisulphate (also found in toilet bowl cleaners), Magic Erasers are extremely abrasive. Like, remove-the-nail-polish-you-spilled-on-your-bathroom-counter-eight-years-ago abrasive. If it weren’t obvious enough, they’re no good for your teeth. And that formaldehyde-melamine-sodium-bisulphate cocktail isn’t good for you, either.

“It’s basically foam that’s hard as glass and acts like a really abrasive sandpaper,” says Benjamin Winters, MD, regarding Magic Erasers. Winters goes by “The Bentist” on TikTok. He stitched the original video to tell his audience to keep Magic Erasers away from their teeth. His caption? “Please don’t make this a trend.”

TikTok user Dave Ramirez took a bite out of some frozen honey and spawned the trend with an original video that has over 880,000 likes. Because 100% raw honey doesn’t crystallize in the freezer, it turns into a thick, chewable treat that, admittedly, looks very tempting. It’s sticky, viscous, and oddly satisfying to watch people squeeze out of bottles.

A bite of frozen honey isn’t going to hurt you, but it turns out this isn’t a treat you should be indulging in very often. This Healthline article explains the risks of consuming too much honey, which include sugar crashes and nausea. Because honey has such a high sugar content, it’ll affect your blood sugar level, which can induce jitters and shakiness, make you hungry, or even give you heart palpitations. It also has high levels of fructose, so eating too much honey too fast can cause bloating, diarrhea, and other not so sweet gastrointestinal problems.