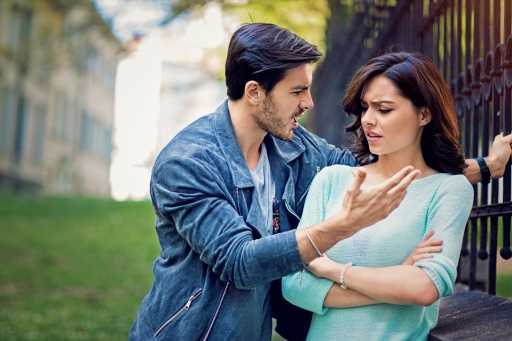 I don’t profess to be a relationship expert, but I do know this: Healthy relationships require balance and mutual respect. You don’t necessarily have to share your partner’s passions, but you should care about them enough to show genuine interest in the things they love. If one partner consistently calls the shots and can’t tolerate when their partner tries to suggest an activity, that is cause for concern.

One Reddit user appears to have learned this lesson the hard way. User @concertTAhole recently took to the famed /AmITheAsshole Subreddit for some insight into a date night with his girlfriend gone wrong. According to his post, he had purchased VIP concert tickets for his GF that included a meet-and-greet with the band. “I’m (36M) not a fan of her music, nor the fact that this concert was in the city, but I wanted to make it a great gift,” he recalled.

Prior to the show, @concertTAhole’s GF asked him multiple times to check if they had to get to the venue early for the meet-and-greet. “Being the thorough, detailed person that she is, I assured her I would check,” he wrote. “Instead, I was too busy with work. Honestly, it was getting a bit annoying that almost every few days she would ask, so I told her I didn’t see anything while deleting a bunch of emails from the venue for concerts I don’t even care about.” Yikes. Red Flag No. 1, anybody?

They ended up arriving at the venue when doors opened at 7 p.m. — only for the bouncer to tell them that they missed the meet-the-greet, which started at 6 p.m., just as his GF had suspected.

Embarrassed by his mistake, @concertTAhole “froze” and told his GF that he’d deleted some emails from the venue. She “seemed to understand,” he said. “I actually really enjoyed the whole time, so once her band’s set ended, we decided to not stay for the last band. And this is where the trouble began.”

After they exited the show, his GF suggested they grab a drink at a nearby bar since they were already in the city. “Immediately I said there was not a chance,” @concertTAhole recalled. “She mentioned that my car was in a secured lot and we wouldn’t be far, but I lost my cool, which I admit was NOT the best way to go about things, and told her, ‘You don’t go out in the city. There is crime all over the place!’”

His partner tried one last time to convince him. It didn’t work, and she shut down, giving him the silent treatment on the ride home. “I suggest[ed] that we go back to my place to finish out the night, and she refused,” he said. “This also pissed me off because I asked what was wrong with the bar next to my apartment, and she shut that down with her short responses.”

Needless to say, raising your voice at your partner in public is not a good look, nor is automatically assuming that you’re going to “finish out the night” together (read: have sex) because you paid for the activity. But all @concertTAhole could see was his own frustration with his GF after a soured night out that “cost [him] over $300.”

“She told me she could live with not going to the meet-and-greet except for how things turned out afterwards, and that is when the disappointment truly set in,” he wrote. “My response was that I was only bringing her to the concert, nowhere else, and thinking of her safety. She continued that I shouldn’t have bought the tickets if I was only ‘tolerating doing so.’ I do accept that I made some mistakes, chiefly with making us miss the meet-and-greet. … Am I the asshole?”

According to AITA Redditors, @concertTAhole is, indeed, the asshole here. Many people in the comments were hung up on him deliberately deleting emails with the timing information, effectively wasting his money, and then proceeding to implicitly blame his GF for $300 down the drain.

“YTA,” one commenter wrote. “You deliberately deleted emails despite knowing she wanted to be sure of the details because you found it annoying that she asked. As a result she missed what was almost certainly the main part of the gift for her. … This isn’t about you tolerating the night out, it’s about you ruining it. The fact your girlfriend just got quiet and withdrawn instead of pushing back your me worry that you’ve got a history of ‘losing your cool’ that makes her afraid for her safety if she speaks out.”

Others pointed out that his safety concerns were likely overblown. His GF was attempting to connect with him by grabbing a drink together. By shutting her down, he drove a wedge between them.

“You are acting like you went above and beyond when you barely delivered the bare minimum and proceeded to hurt her in the process,” another Redditor chimed in. “Newsflash, spending time with your significant other regardless of how it is spent is the baseline of any relationship.”

Before you go, check out the types of orgasms you might not know you could have: