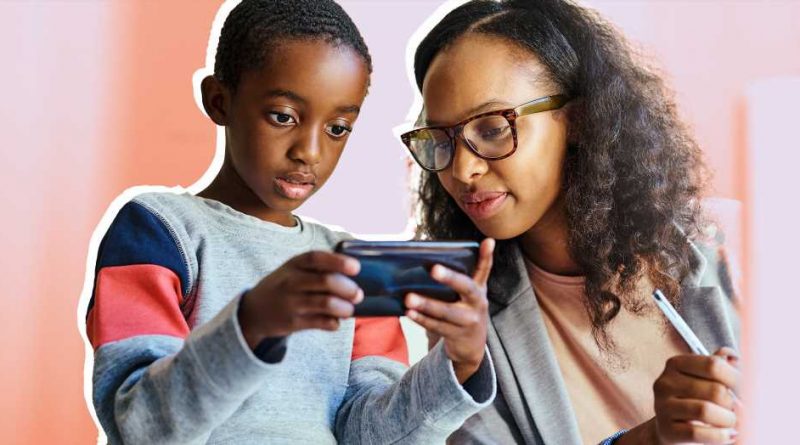 TikTok challenges usually fall into one of three categories: fun, dangerous, or cruel—and the newest challenge that's popped up on the app before the school year starts falls into the latter category.

It’s called the “new teacher challenge” and it involves parents tricking their child into thinking that they’re FaceTiming with their new teacher for the upcoming school year. Parents share a photo of the “teachers” as part of the challenge, film their child’s reaction, and then post it on TikTok. Some pictures are of people making silly faces, while others feature people with physical deformities or disabilities. Reactions from the kids are mixed, but many scream, cry, or hide their faces in fear, while the parents laugh.

What these parents don't seem to understand is that those photos they're sharing with their children are of real people with real feelings. Motivational speaker and author Lizzie Velásquez, who has a rare congenital condition known as Marfanoid-progeroid-lipodystrophy syndrome that prevents her from gaining weight and affects her facial structure, is one of those people—and she recently took to Instagram to speak out against the challenge after discovering her photo was used.

"When I saw this trend start I knew it was coming," Velásquez wrote. "Some have been cute and funny but then it starts to cross the line." The video she shared along with her post showed a disturbing TikTok posted by a mom as part of the challenge that used Velásquez's image. When the child was asked by the mom why they wouldn’t want Velásquez to be their teacher, they responded, “Because I don’t like her face,” as the mom can be heard laughing in the background.

"Showing your kids a photo of someone who looks different in hopes of them having a scared reaction is vile," Velásquez wrote. "The people you put in photos or videos are human beings!! We have feelings and we have something we work on every day called self confidence. Please PLEASE don't teach your children that it's funny to be afraid of someone who doesn't look like them."

Velásquez isn't the only one who's dealt with this awful trend. Freelance writer and disability activist Melissa Blake, who was born with a genetic bone and muscular disorder called Freeman-Sheldon syndrome, saw her photo was being used as part of the TikTok challenge. “I’m not laughing,” she wrote in an essay for Refinery29. “Because none of this is funny. I’m utterly disgusted.” What kind of lasting damage can this “new teacher challenge” have on everyone involved?

“I wish this weren’t happening,” Mayra Mendez, PhD, a licensed psychotherapist and program coordinator for intellectual and developmental disabilities and mental health services at Providence Saint John's Child and Family Development Center in Santa Monica, California, tells Health. Mendez counsels patients with disabilities who see her about “tremendous grief, sadness, and powerlessness” that they face as a result of bullying like this.

Parents using photos of people who look different in a joke—and laughing at the reaction their children have to those images—can damage children, too, Rob Keder, MD, a developmental and behavioral pediatrician at Connecticut Children's Medical Center, tells Health.

“This is not behavior we want to role model to our children,” he says. “Parents could be role modeling how to approach human dignity, especially with people who are handicap or have a disability. But this is flat-out bullying, and it’s very mean-spirited behavior.” By engaging in this, parents “are sending an explicit message that it’s OK to make fun of people with a disability—that’s not OK,” Dr. Keder says.

Children and adults have a hard-wired psychological reaction to seeing deformities, differences, or variances in appearance, especially the human face, Dr. Keder says. But laughing at children for having this reaction “sends the message that it’s OK to make fun of people who look different and misses a teachable moment,” he says.

“The main message being sent to children is that it’s not OK to be different; that you don’t want to be different,” Mendez says. “It says, ‘Those people aren’t human.’ It’s those people. It shows an ‘us vs. them’ difference to a child.”

This is especially harmful given that the messaging is coming from parents, psychologist John Mayer, PhD, author of Family Fit: Find Your Balance in Life, tells Health. “The child perceives this as ‘normal’ because their world—their parents—surround them with these values and they, quite frankly, don’t know any better than these values,” he says. “The child, therefore, accepts that these values are how you are supposed to view other people that are challenged.” This isn’t just limited to people with physical deformities, Mayer says: “This prejudice will generalize to all people that are different.”

Not only can that impact how a child perceives and treats others who look different in the future, it can also give them a fear of being labeled as different themselves, Mendez says.

How can you turn this into a teachable moment?

According to a recent TikTok video by Velásquez, she was able to speak to a mother who had used her image and educate her on her wrongdoing. "All is forgiven…we have agreed to use this as a teaching moment,” she said. Others can (and hopefully will) realize the same.

“The thing that makes us able to deal with differences is acknowledging our implicit biases and acknowledging the humanity of the person who might have that physical difference,” Dr. Keder says. He recommends using this trend as a teachable moment, and talking to children about physical differences and deformities, stressing how they don’t dictate who a person really is. “You can also talk about the privilege someone has who doesn’t have a physical deformity,” he says.

When talking to children about physical differences, Mendez recommends acknowledging that some people look different, but that doesn’t make them bad, evil, or scary in any way. Then, talk to them in positive language about how appearance doesn’t dictate who a person is, she says. “Human value is an important message for parents to give,” she says. At the same time, Mendez says, it’s crucial for parents to model the behavior they want their kids to emulate. When you encounter someone with a disability, “it’s important for you to show your child that you’re not fearful,” she says. Your child will take cues from you.

Keder acknowledges that it can be difficult to have conversations with younger children about the topic. With them, he says, modeling is the most important, he says. “But for older kids, middle and high-school children, you can definitely have this conversation,” he says.

Ultimately, Keder stresses the importance of treating people the way you want your child to treat others. “When parents engage in positive and pro-social behavior, kids will model that,” he says.