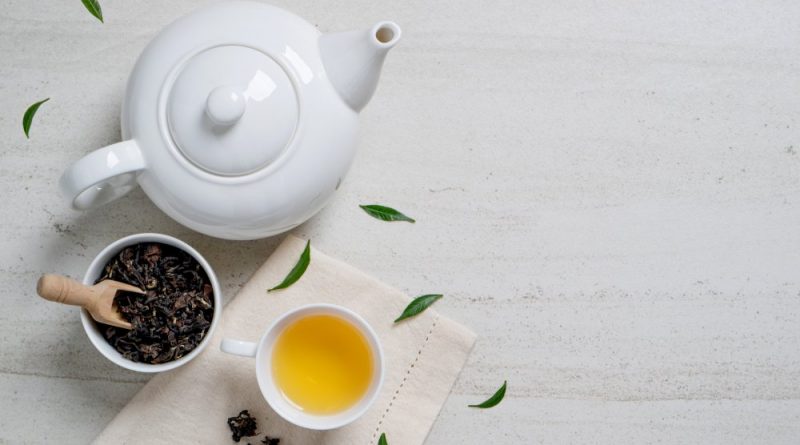 Sitting down and enjoying a cup of tea is viewed, in many cultures at least, as a way to take a step back and unwind. But the next time you reach for a cup of (non-herbal) tea before bedtime, you may want to consider your options, because while tea doesn’t have the caffeine kick that coffee does, it does contain other stimulants that might keep you tossing and turning. During the day, these stimulants can keep you focused and sharp for longer periods of time, but this probably isn’t what you want to hear if you’re drinking tea to enjoy a good night’s sleep.

The stimulant we always address when we discuss coffee and tea is caffeine. This may come as a surprise, but tea leaves actually contain more caffeine than coffee beans do. These levels change after the drinks have been brewed and poured, though, because of the way both beverages are prepared. With all things being equal, a cup of coffee has 95 to 200 milligrams of caffeine (depending on the type of bean), black tea has 14 to 70 milligrams of caffeine, and green tea has 24 to 25 milligrams of caffeine (via Driftaway Coffee).

Tea's four stimulants can have positive effects on our bodies

The camellia sinensis plant, from which all non-herbal teas is harvested, possesses two additional stimulants which are actually related to caffeine: theophylline and theobromine. Both can stimulate the heart, but also further affect the body in different ways. Theophylline can make breathing easier by smoothing muscles in the airway, while theobromine improves blood flow (bringing down blood pressure as a result). Theobromine is the reason why tea can also act as a mild diuretic (via Healthline).

The fourth stimulant, known as L-theanine, is seen to be the most interesting of the stimulants. Michael J. Breus Ph.D. explains in Psychology Today that the substance is an amino acid found only in tea leaves and in some mushrooms. This stimulant has the unique ability to both enhance sleep in non-caffeinated tea and enhance cognitive skills in caffeinated varieties. It boosts neurotransmitters that regulate emotions, alertness, and sleep, helps you feel more calm by reducing the amount of chemicals in your brain which are linked to stress and anxiety, and it enhances the production of alpha brain waves, which is what we produce when we are being calm and creative (think relaxation without sedation). L-theanine can also help boost brain activity, helping with attention, focus, memory, and learning.