Home » Health News » There is still too much racism in universities 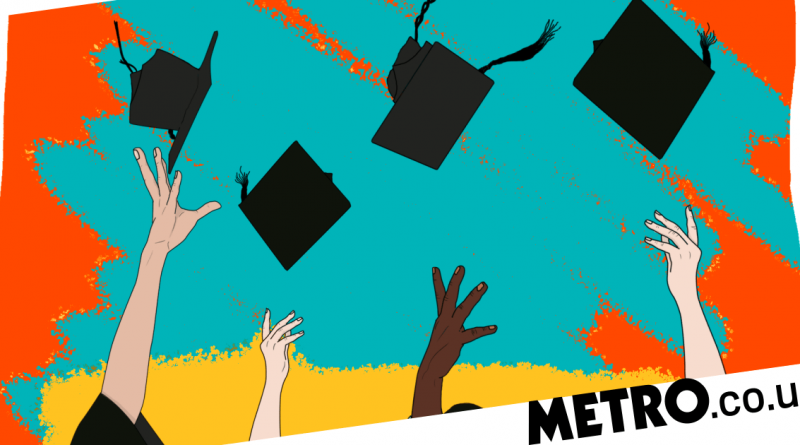 Race plays a huge role in the lives of ethnic minority students at university.

They can face overt and covert racism which often goes unchecked. In fact, since the outbreak of the coronavirus pandemic, Asian students report having been pelted with stones.

This kind of incident doesn’t exist in a vacuum. Racism can impact the chances of people of colour (POC) getting into university, how they perform during their studies and their career prospects after graduation. Studies show that just 56% of black students achieve a 2:1, compared to 80% of their white peers.

The socioeconomic backgrounds of many POC families stop them from even applying to university, and when they do, they can expect to receive fewer offers.

Research shows that this gap isn’t because white students are any brighter – black pupils have the same levels of attainment, or better, during school. But once at university, the attainment gap widens.

Even the highest achieving minority students – those getting four As at A Levels – are less likely to get a first or 2:1 at university compared to their white peers.

And once they leave uni, BAME students are also more likely to be unemployed and have a higher chance of experiencing a pay gap.

The plethora of studies and research show that there is a problem with institutional and individual racism in higher education – but what is actually being done about it?

We spoke to some students past and present who argue that it’s high time universities were honest about how prevalent the race problem is – and, crucially, actually do something about it.

Nico* is a second-year student at an Edinburgh university and says it has been a mixed and alienating experience. He has noticed prejudiced comments and attitudes towards him just because he is mixed race.

‘The racism mostly manifests in subtle ways: infantilisation, being treated as an exotic “other” etc. I have had my ideas dismissed, but if someone white suggests something similar then they are praised for it.

‘I have had people make me feel like I’m stupid and unwanted and I have had the classic; “you come across as angry and intimidating”, even though there are white women on the course who fit that description more accurately than I do.’

Nico adds that nothing about his disposition suggests being an aggressive person, but inherently negative attitudes towards blackness paint him as such.

‘It’s frustrating being treated like a walking caricature and having to deal with this because people don’t want to do the work to deal with their own confirmation biases,’ he says.

‘I feel like I can’t be who I am. I can only be this fascinating “exotic” creature. I’ve encountered this in many other settings too such as work. The racism I experienced in my youth was more blatant: I would be spat on, called racial slurs etc. Now, it’s a lot more subtle and I frequently encounter microaggressions which is just as insidious as it eats away and erodes your sense of self and sanity little by little.’

These instances are similar to those Warwick student Amira has faced, though via different platforms.

‘I have experienced racism after playing lacrosse against a team of entirely white girls, going out with a white boy from a boarding school, travelling with my white friends. I am constantly apologising for my race. Desperately trying to address it as the “elephant in the room”,’ she tells us.

‘When I was at school playing lacrosse, I used to turn up to matches with samosas in my lunch box and for the rest of the team, making a joke out of my race. Making sure people were aware that I knew I was brown and that I was different. ‘

Victoria Ademosu, an owner of tuition services, says she encountered racism from staff and students when she attended university more than a decade ago.

‘Once, I was walking to a lecture on one of my first days at uni and a tall, white male was walking towards me,’ she remembers. ‘As I walked passed, he literally punched me in the arm with full force.

‘I was in disbelief because I’d never been physically attacked by a stranger before and everyone around just looked and said nothing.

‘Fetishising comments by actual staff members were really shocking and upsetting. And then there were subtle moments of racism where my voice was shunned in lectures or I was told I was only there to tick a box.

‘These instances made me feel scared, vulnerable and isolated.’

Associate Lecturer Sofia Akel investigated racism at Goldsmiths University and published the findings in her report: The Role of Race in Shaping the Experiences of Black and Minority Ethnic Students.

She tells us that the onus falls on the institution.

‘Universities, for many years have been continually denying the experiences of staff and students when it comes to race, so in order for institutions to begin tackling structural racism, they must first practice radical honesty and self-reflection, one that casts aside white-fragility, centering the experiences of racially minoritised students and staff.

‘Universities must act with urgency, the plethora of literature out there will enable an institution to begin examining the depth of its own institutional inequalities and start taking meaningful action, such as embedding racial justice work, prioritising anti-racist strategies and initiatives, decolonise their practices and more.

Findings of the Goldsmiths report:

Sofia used a series of semi-structured interviews, focus groups and a survey for her research.

She says: ‘I found that throughout the student academic lifecycle – from the lecture theatre to the social – students of colour were entering a racial battlefield within which their very existence in these spaces was called into question. This was solidified and upheld through racial microaggressions, overt forms of racism, disproportionate academic scrutiny, the attainment gap, social exclusion and more. Students were describing racial battle fatigue in which they constantly had to deploy strategic navigational skills in attempts to predict and outmanoeuvre forms of structural racism.’

She continues: ‘Whilst it is important to have a bespoke understanding of your own institution, I urge that we do not continue to stall progress in favour of producing more and more reports that effectively provide the same findings, which end up not acted on by their institution but provides good publicity instead. This does not help staff and students, only the institution.’

To make BAME students feel more welcome, institutions must try harder to, firstly, accept more applications. There must be an attempt to address the historical imbalance that has allowed opportunity to be disproportionately available to white students.

The next step would be to try harder to decolonise the curriculum to allow more diverse thinkers as well as encourage critical thought by offering and encouraging alternative perspectives.

If universities truly want to be a melting pot that nurtures their students, they must do better to invite more BAME participants and equip them for their life outside of their institutions.

That might look like encouraging and providing more BAME spaces in the form of society and networking groups. It might mean having lecturers and seminar leaders that look more like the students, and it may include a curriculum that isn’t so white.

*Names have been changed.