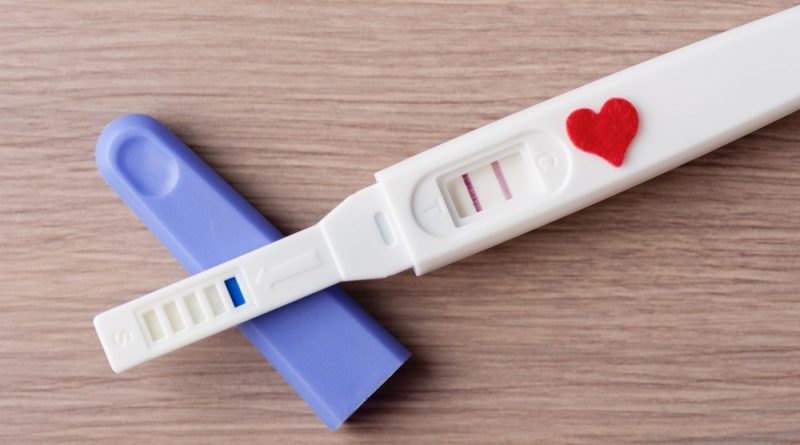 Experts will tell you that using an expired test, or letting your test sit out too long before checking it, can cause false positives (via Center of Reproductive Medicine). What are some other causes?

Pregnancy tests pick up levels of the hormone, hCG, in your urine. Because hCG is produced by cells formed in the placenta, higher levels of hCG generally mean you are pregnant (via American Pregnancy Association). Sometimes, however, sicknesses from cancers to urinary tract infections and kidney diseases can interfere with pregnancy test results. Meanwhile, because at-home tests are more and more sensitive to our bodies’ hCG levels, false positives are possible (via InStyle).

If you get a false positive, you probably don’t have a serious illness. But that doesn’t mean you’ve taken your test wrong, either.

If you've recently had a miscarriage, your test might come back positive

Did you take a pregnancy test within a month of having a baby or miscarriage? After a miscarriage or a birth, the hCG levels in your body don’t disappear right away. Instead, they decline slowly, over a period of four to six weeks and sometimes longer.

So-called chemical pregnancies are pregnancies that result in miscarriages so shortly after implantation that women often get their periods on time, but if you test, it may detect hCG in your urine (via American Pregnancy Association). Somewhere between 30 and 50 percent of us will experience a chemical pregnancy in our reproductive lifetime. Many of us will never know we did (via Parents).

If you're taking certain medications, your test might come back positive

Also, check whether the medication you’re on could be upping your hCG levels. Perhaps you’re undergoing fertility treatments. In that case, some medications with hCG could be used to stimulate ovulation. Needless to say, this can provoke a false positive pregnancy test (via Ohio Health).

But, according to the Center of Reproductive Medicine, so can certain medications. Among the main contenders are antihistamines, anti-anxiety and antipsychotic medications, diuretics, medications used to treat Parkinson’s disease, methadone, and anticonvulsants.

Here’s the bottom line: If you get a positive pregnancy test, go see a doctor. Don’t take our word for it — take the word of Dr. Jamil Abdur-Rahman, who says at-home pregnancy tests are little more than “screening tests” (via Self). To really determine whether you’re pregnant (or why you’re not), you’ll want to get some blood work done.