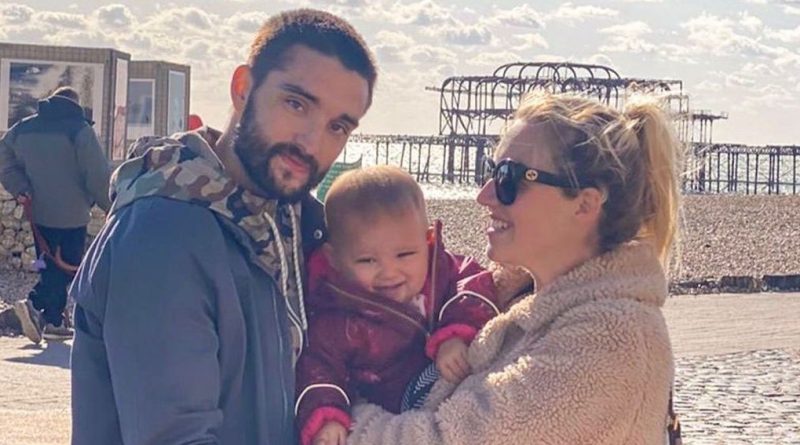 One week after Tom Parker’s brain cancer reveal, he and his wife, Kelsey Parker, have welcomed baby No. 2.

The couple, who are also the parents of daughter Aurelia, 15 months, announced in May that they had another little one on the way.

“So yes it’s true, we are having Baby Parker No. 2!!” the pregnant star captioned her Instagram reveal at the time. “We are beyond excited that our family is growing and Aurelia will be getting a new sibling.”

The singer, 32, added with a post of his own: “Absolutely over the moon to tell you that we’re adding another little one to our family.”

Five months later, the Celebrity Masterchef alum shared his brain cancer diagnosis via social media. “Hey guys, you know that we’ve both been quiet on social media for a few weeks and it’s time to tell you why. There’s no easy way to say this but I’ve sadly been diagnosed with a Brain Tumour and I’m already undergoing treatment,” Tom captioned an October 12 Instagram post. “We decided, after a lot of thought, that rather than hiding away and trying to keep it a secret, we would do one interview where we could lay out all the details and let everyone know the facts in our own way.”

The X Factor alum went on to write, “We are all absolutely devastated but we are gonna fight this all the way. We don’t want your sadness, we just want love and positivity and together we will raise awareness of this terrible disease and look for all available treatment options. It’s gonna be a tough battle but with everyone’s love and support we are going to beat this.”

The “Glad You Came” singer told OK! at the time that he hadn’t “processed” the news, explaining, “They pulled the curtain around my bed and said, ‘It’s a brain tumor.’ All I could think was, ‘F–king hell!’ I was in shock. It’s stage four glioblastoma and they’ve said it’s terminal. It was a lot to deal with by myself.”

Glioblastoma is an aggressive form of cancer with an average survival rate of 15 to 16 months, according to Healthline. In some rare cases, a patient can live up to five or more years.

Tom and Kelsey tied the knot in July 2018 in Surrey, England. They welcomed Aurelia the following year.