Home » Health News » The truth about the lazy keto diet 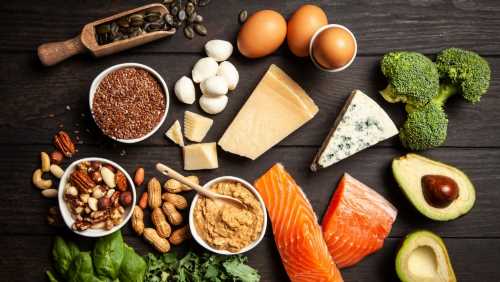 A keto diet is low in carbs and high in fats. The goal with any keto diet is putting your body into a state of ketosis which, according to Healthline, is “a metabolic state in which fat provides most of the fuel for the body.” With a keto diet, you need to be very careful about what you’re eating and need to avoid certain foods including grains and candy. Other foods, like legumes, potatoes, and fruit, should only be consumed sparingly.

With a traditional keto diet, you have to strictly monitor your food intake to make sure you’re getting roughly 70 to 75 percent of your daily calories from fat, 20 percent from protein, and just 5 to 10 percent from carbs. With a lazy keto diet, all you have to do is focus on your daily carb intake, which should be no more than 20 to 50 grams per day. As long as you keep your carb intake minimal, you can stop worrying about percentages.

Does the lazy keto diet work?

The lazy keto diet is getting a lot of hype lately, possibly thanks to people looking to lose weight they put on during quarantine but not wanting to have to pull out a calculator every time they sit down to eat. Does it work though?

“I’m not a fan of any keto diet, but that doesn’t mean it doesn’t work for some people who are doing it with the guidance of a dietitian,” nutritionist Bonnie Taub-Dix, RDN, told Good Housekeeping.

As nutritionist DJ Blatner, RDN, told the outlet, though, losing weight on the lazy keto diet has more to do with being careful of what you put into your body than anything else. “You can lose weight this way if the portions of protein are moderate and there are low-carb veggies included for nutrition, fiber, and fullness,” she said. “But truthfully, once people start paying attention to what they’re eating, no matter what type of diet they follow, they tend to lose weight compared to when they weren’t paying attention at all.”