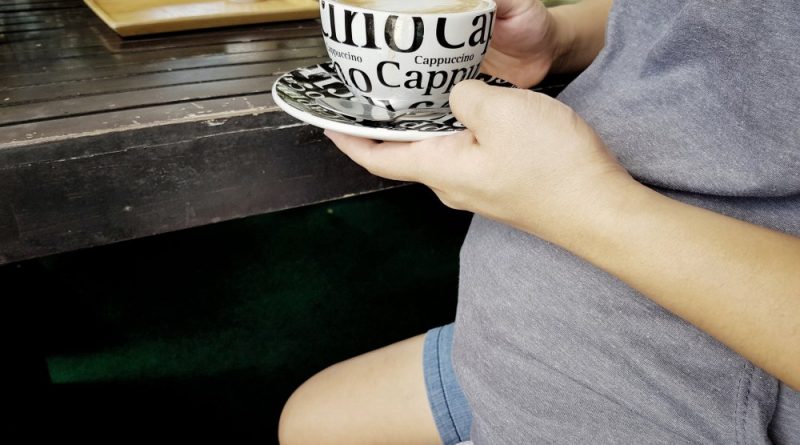 While reports are mixed on just how caffeine can affect pregnant women and their developing babies, it’s generally regarded as a good idea to avoid drinking it if you can. If you can’t quite manage to go cold turkey, then the March of Dimes strongly urges that you limit yourself to just 200 mg a day, which is about the amount of caffeine to be found in one 12 ounce cup of coffee, the smallest size offered by most coffee chains. (Even a tall coffee from the overly-caffeinated Starbucks will put you over the limit, but you should be able to swing a medium cup of Mickey D’s far weaker brew.)

Caffeine presents other health risks for mom and baby

In addition to potentially threatening the life of the developing fetus, caffeine can also be problematic for pregnant mamas-to-be. It’s a diuretic, which is medical speak for makes you pee a lot, and this can lead to dehydration which, yeah, not great if you’re trying to grow a little person inside you. It’s also a stimulant, meaning it increases your blood pressure and heart rate, which is another thing you don’t need at this time — isn’t being pregnant stressful enough?

Even if you’re a veteran coffee drinker who can handle the high-octane stuff, well, guess what, the caffeine is also passing right through the placenta into your baby’s body, and baby’s metabolism isn’t nearly mature enough to cope with caffeine. What’s more, any amount of caffeine can disrupt your baby’s sleep pattern and if baby can’t sleep, you won’t, either. While an unborn baby won’t (yet) keep you awake by wailing, they’ll surely do it by kicking and flailing, and you won’t get much rest with a dance party in your belly.

So yeah, time to switch to decaf for the next 9 months (or longer, if you’re planning to breastfeed) — although that stuff’s not 100 percent caffeine-free, either. Well, there’s no time like the present to get to know and love tisanes, which is the correct (and also fancier) term for caffeine-free herbal teas.