Home » The Evolution of the Selfie 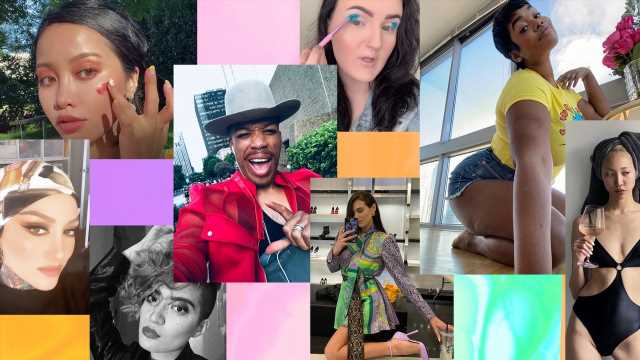 About a century ago, Egon Schiele — Expressionist artist of the human form, patron saint of a "send nudes" aesthetic — considered why he was so drawn to painting self-portraits. "I have it in me to record," he noted. "So I am constantly creating more, seemingly endless new works out of myself…. I am so rich that I must give myself away." With the richness of the blessed hours that we alone have with our faces, isn't it actually selfish not to spend time capturing them for posterity, for our friends, lovers, enemies, our mothers? Isn't it selfish not to share?

Allow me to put forward a confident but incalculable premise: More self-portraits have been made in the past 30 years than in the previous million-zillion. It's true that since we got around to making pictures, we've been copying our faces, first with paint and then on filmstrips. There was Rembrandt, Frida Kahlo, Walker Evans, Cindy Sherman, Carrie Mae Weems. As our images became pixels, technology let us capture our faces instantly, easily, and infinitely. There was Rihanna and Emily Ratajkowski. There was you and there was me, trying to decide on a new pair of pants while in a dressing room and taking nine pictures with them on, sending out two to the group-chat brain trust. We now have the ability — and predilection — to take 20 photos of ourselves in a casual minute. And we've spent these past decades coming to terms with this fact about who we are: creatures of endless navel-gazing.

This admission has come about slowly and contentiously. The past few decades of self-portraiture have seen the birth and death of micro-trends, including selfie sticks and ring lights that illumine our faces with an angelic glow. We all learned to lower our chins slightly. Previously ignored brick walls were painted in shades of bubblegum pink so we could take turns standing before them, a single arm outstretched to its maximum limits. Entire playgrounds were constructed, like the New York-based Museum of Ice Cream, which features candy-colored rooms made to serve as humble, happy backgrounds upon which well-dressed adults commemorate the most photogenic experiences of their lives. While more revered institutions, museums, and galleries tried to ban selfie-taking, others plausibly courted the practice with enticing spaces, such as the Hirshhorn's exhibit of Yayoi Kusama's installations or MoMA's "Rain Room." Despite Kusama's intentions, many people experienced her "Infinity Room" through the eyes of friends or famous strangers who experienced it for themselves.

As selfies became ubiquitous, dramatic critiques of selfies became ubiquitous too. Their proliferation — marked by duck faces, high-pigment Instagram filters, and the ascendancy of famous-for-being-famous superstars — was accompanied by constant cries of cultural degradation. Weren't these cheap self-portraits a sign that the whole culture was devolving into self-involved, ego-stroking, gauche, lowbrow narcissism? Maybe they were. But like any creative and funny narcissist, we're also very good at self-justification and responded to criticism by continuing to snap forth. The public intellectual critics were harsh, but the immediate feedback was enthusiastic. Hearts, likes, comments encouraged. We were of two minds, two faces — and all these faces could be documented.

Out of this cultural tempest, we found peace. Self-portraiture became omnipresent and therefore rather ordinary and not really capable of riling us up with controversies. It's become the water in which we swim, the air we breathe, a way of communicating. It seems silly to look to all our everyday self-portraits — sent to friends or propped onto our social media accounts — as proof of myopic vanity.

My selfies of late have been heavy on the evidence-gathering type. Did this purple shampoo work? I shall take a before-and-after and after-and-after series to send to no one and, frankly, never really consult. Sometimes the lines of inquiry are more mood-based, and these are the ones that get sent off to friends as quickly as I make them — also never to be thought of again. I miss you! Look how grumpy I can make my scowl lines! Look how content and adored your birthday card made me feel! The intentions and lighting quality vary, but the impulse to show my face and then forget about it remains. — Maggie Lange 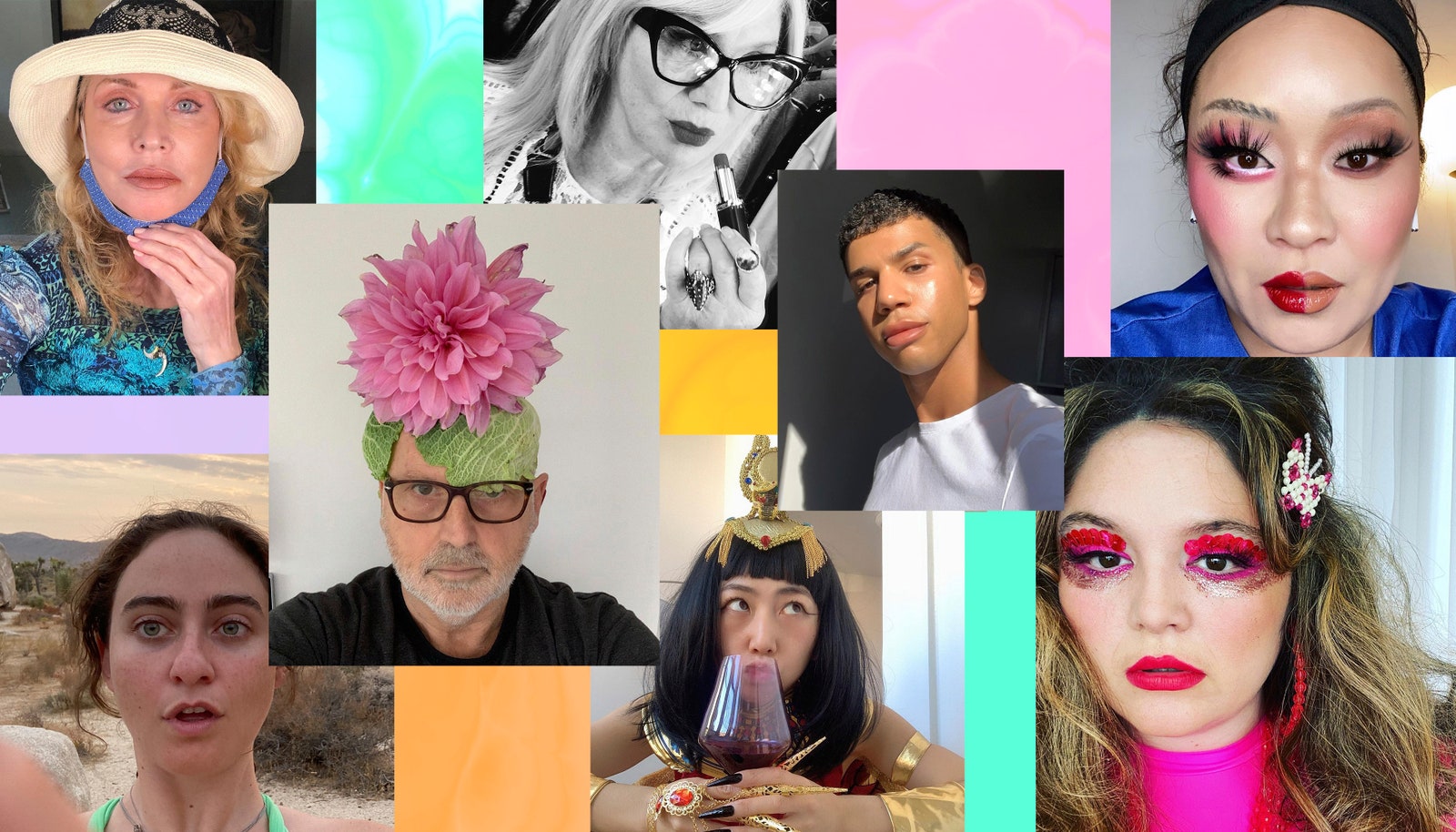 In the art history textbooks of tomorrow, our 21st-century obsession with photographing ourselves will be addressed in a thoughtful academic context. This is not an art history textbook — but welcome to "Intro to 21st-Century Self-Portraiture." Here is your syllabus.

The advent of Adobe Photoshop ushers in a new frontier for image manipulation. Pascal Dangin, who founds his digital imaging company Box Studios in 1996, is perhaps the most notable practitioner of the art of retouching, helping to create a new standard of photographic perfection that transcends reality, but just slightly. "It is known that everybody does it, but they protest," Dangin tells a reporter in 2008. Debate about the ethics of image editing looms throughout the decade, but post-production becomes the norm as nonphotographers accept digitally smoothed-over zits and sculpted arms. The first commercial camera phone in North America arrives in 2002: a Japanese Sanyo model serviced by Sprint.

Named for the pioneering social media platform, "from 2006 to 2009, the term 'MySpace pic' described an amateurish, flash-blinded self-portrait, often taken in front of a bathroom mirror. Self-portraits shot with cell phones, or 'selfies' — cheap-looking, evoking the MySpace era — became a sign of bad taste." — The New Yorker, 2013

We're getting the hang of this! We're learning our angles! We’re contouring (RuPaul's Drag Race premieres in 2009) — or kontouring — and we think we look pretty good. (We will eventually look back in horror.) By 2013, the Oxford English Dictionary names "selfie" the word of the year, canonizing the term as "a photograph that one has taken of oneself, esp. one taken with a smartphone or webcam and shared via social media. Colloquial. (Originally Australian)."

Three years after Instagram's inception, the app's first ad in history is posted: a photo of a Michael Kors watch resting somewhere in Paris, surrounded by macarons. The watch's square bezel is pointed at the viewer, as if addressing them: "The age of influence is long. Get used to the tablescapes." Advertising enters social media like a drop of food coloring enters a glass of water. The social media director is established as a new corporate archetype. Ordinary people of extraordinary good looks leverage their followings into channels for marketing anything that can be sold, from fine jewelry to weight-loss tea. An entirely new type of selfie is born: sponcon, or sponsored content post. In 2015, Snapchat launches Lenses, an assortment of filters that allow users to puke rainbows, instantly age 60 years, or, eventually, touch up their appearance.

Rampant environmental disaster, a pandemic, widespread economic disparity, the persistent rise of fascism. The year 2020 can be segmented into installments of human suffering. Instagram feeds are rapidly converted from sun-soaked selfies to images of Black Americans who have been killed by police and mutual-aid resources in action. Before long, the social justice moment subsumes the selfie. Women post selfies in vague support of female empowerment and ask their peers to do the same. "Challenge accepted," they write. Elsewhere on social media, users continue to post selfies with varying levels of self-awareness. New, more sophisticated filter technology turns the selfie into something approaching the "surrealfie," where facial features can be tweaked (add freckles, change hair color) and the virtual can seamlessly be presented as the real. To which Generation Z responds: "We've spent our entire lives online — the virtual is the real, grandma." The widespread adoption of FaceTune, established in 2013, contributes to the resurgence of an airbrushed filter. And back round we go. — Brennan Kilbane

A version of this story originally appeared in the March 2021 issue of Allure. Learn how to subscribe here.