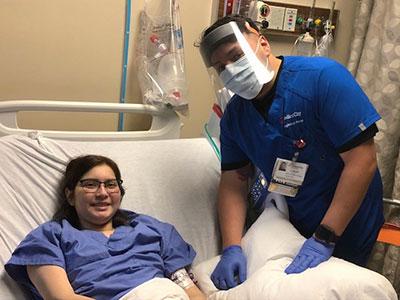 A 24-year-old Texas woman was recently discharged from the hospital after spending nearly 80 days fighting for her life after contracting the novel coronavirus.

Paola Castillo of North Richland Hills was discharged from Medical City North Hills this week after 79 days in the hospital. The young woman was admitted to the facility on April 27 after she began to experience symptoms of COVID-19, namely, difficulty breathing, coughing and a fever, which she first noticed about six days prior to her hospitalization. She presented to the emergency room after her condition became unmanageable from home.

Castillo was “close to death” during her nearly 3-month long stay at Medical City North Hills, according to a news release from the hospital.

“Her symptoms worsened rapidly and she was placed on a ventilator within the first 24 hours at Medical City North Hills,” per the news release, which noted her family was informed her condition was “touch and go” during her more than a month-long stay in the intensive care unit. 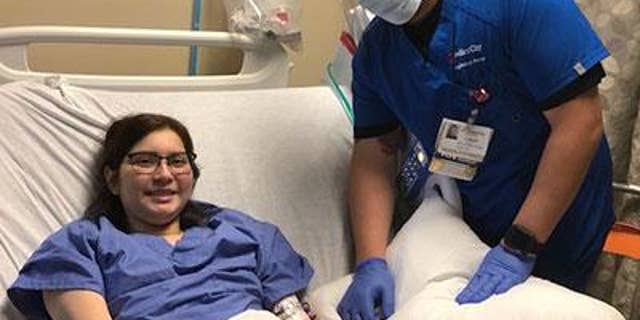 It's not clear if Castillo has any underlying health conditions that may have contributed to the severity of her illness.

Castillo said in the news release that she was heavily sedated and only recalls snippets of interactions with hospital staff, which she thought at the time were dreams. At one point, however, “I saw a light,” she said. “That light was God telling me it was time to wake up.”

Castillo — who Medical City North Hills officials called a “miracle patient” in the news release — was eventually taken off the ventilator. However, the 24-year-old had trouble talking, walking and swallowing after she woke up. With rehabilitation, she is slowly improving — taking her first steps on July 3, according to the hospital.

Looking back, Castillo told local news station CBS-DFW that she wishes she had worn a mask.

UNIFORM USE OF CORONAVIRUS FACE MASKS MAY HAVE PREVENTED OUTBREAK AT MISSOURI HAIR SALON: REPORT

“Maybe if I would have just listened and worn a mask, just a simple thing, I would have avoided all this,” she said. “I work at a bank – I’m always around people – but I was like I’m fine, I’m fine. Never did I think I’d catch it.”

Castillo has since tested negative for COVID-19 but her road to recovery “is far from over" despite being discharged, per the hospital.