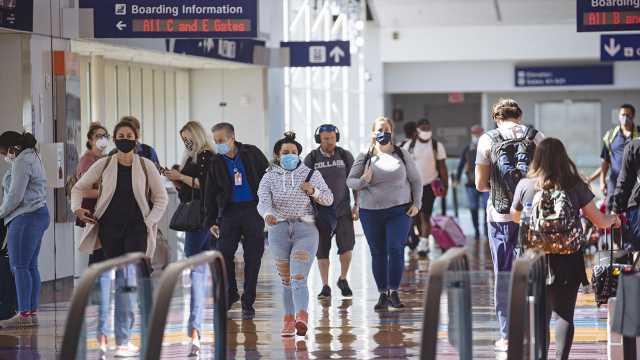 Dr. Roshini Raj: People are being offered the vaccine and saying ‘no’

Texas became the second state to surpass the 2 million mark this week as the region experiences record-high coronavirus numbers in the month of January. The Lone Star State has now seen 2,040,751 confirmed cases of the virus since the pandemic started nearly a year ago, according to Johns Hopkins University data.

The state has also recorded over 31,200 deaths and is experiencing a testing positivity rate of 13.33%. The recent surge has also seen the state near ICU capacity, with just 9% remaining, according to the latest stats. About half of the patients in the ICU are there due to COVID-19 illness. 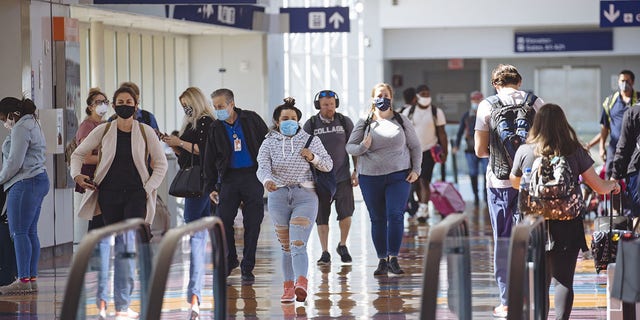 Texas has moved on to its phase 1B of vaccine distribution which includes persons 65 and older or those who are at least 16 years of age and have a chronic medical condition, including pregnancy.

The state trails California’s total case count by several hundred thousand, but unlike the Golden State, Texas at first resisted statewide lockdowns and mandated restrictions in some areas.

“The messaging from Day 1 has been very conflicting,” Houston Mayor Sylvester Turner, who was critical of the state’s reopening strategy, said, according to Bloomberg.com. “If people locally are saying, ‘Put your mask on,’ and people statewide or federally are saying, ‘No, you don’t have to,’ then they gravitate to the message they want to hear.”

WHO SCIENTISTS ARRIVE IN WUHAN TO INVESTIGATE CORONAVIRUS ORIGIN

Hope of slowing the spread has been hinged on the recently approved COVID-19 vaccines, but with many states stumbling through the rollout, public health officials have urged the public to double down on public health strategies like mask-wearing and social distancing. The state is closing in on 1 million residents vaccinated, with Texas Gov. Greg Abbott announcing earlier this week that he expects to see at least 50,000 shots administered per day.

“Never before in the history of this state has Texas vaccinated so many people so quickly,” Abbott said on Monday, according to the Texas Tribute. “It’s stunning to see what we’ve accomplished.”

The state has launched mass vaccination hubs, which Abbott said will streamline distribution efforts and enable the state to quickly move through available supply. He also said that he along with other governors are pushing the pharmacy chains to get online with their vaccination programs to speed efforts at nursing homes and long-term care facilities.

“There is no reason for that process to be moving as slowly as it is,” he said, according to the outlet.