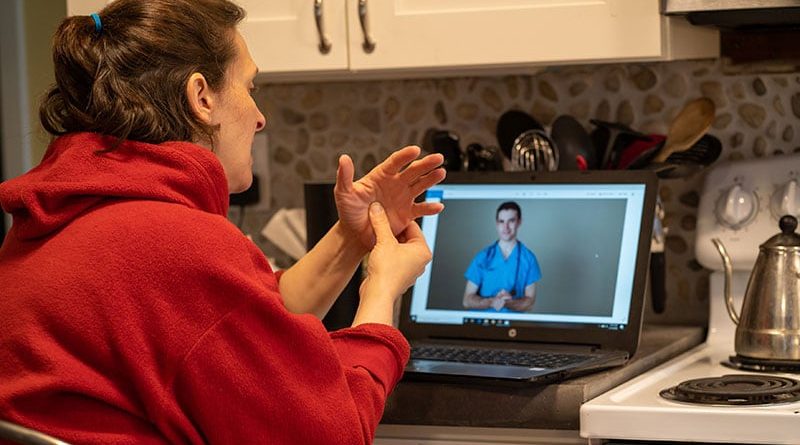 Two studies from different parts of the world demonstrated telehealth’s ability to increase access to care and manage symptoms of Parkinson’s disease and other movement disorders. Researchers presented their findings at the International Congress of Parkinson’s Disease and Movement Disorders.

One of the studies — from Kenya, Africa — documented a 2-year experience with telemedicine in a rural patient population.

Kenya suffers from a dearth of neurologists and movement disorder specialists. Most are based in the capital city of Nairobi, “leaving regions with a population of more than 30 million without access to their care,” wrote the study’s investigators. Internists with an interest in neurology usually manage the bulk of these patients.

Telemedicine has helped to bridge gaps between providers in this part of Africa.

Investigators in their study reviewed all cases of movement disorders at Meru Teaching and Referral Hospital and an affiliated clinic, Oregon Health Services, Meru, Kenya, during 2020 and 2021.

They also reviewed WhatsApp messaging, video calls via WhatsApp, patient videos, and phone calls to see how final diagnoses were arrived at using these platforms.

“For instance, a relative would send a video of a patient experiencing a tremor,” explained lead study author Bundi Karau, MD, a consultant physician. “We also shared the diagnostic challenges with experienced neurologists in Kenya and abroad by forwarding WhatsApp and recorded videos of the patients,” he added.

Telemedicine bridged the gap between rural doctors and patients in several ways. It enabled physicians to discuss cases with neurologists in and out of Kenya. “We were able to advise on medical management or further investigations in a more structured pattern and without spending months to make a diagnosis,” said Karau.

Patients no longer had to travel to Nairobi for care. “Where a direct link could be expensive or out of reach, we bridged this and consequently brought care closer to the patient,” he added.

Looking ahead, Karau and colleagues plan to do a cost benefit analysis vis-a-vis traditional physician visits and a trial model for follow-up visits for other neurological diseases.

Moving from Africa to Greece, investigators in another study assessed the feasibility of using wearable devices to monitor symptoms in patients with Parkinson’s disease.

Such devices may enhance physical exams during virtual visits. Studies have shown that patients can commit to using such devices or mobile apps. What’s lacking is real-world data from everyday device usage, noted lead author George Rigas, PhD, and colleagues.

Fifty-two private physicians instructed a total of 133 patients to wear a device for Parkinson’s disease motor symptom telemonitoring for 1 week per month during waking hours.

Patients used a mobile app to report symptoms, medication, and nutrition adherence and to message their doctor.

The study team noticed that adherence rates stayed above 70% over a 12-month period. Medication and nutrition were among the most popular app features, an encouraging finding given that patients averaged 67 years of age.

“The high adherence percentage is significant, considering the target population and the early stage of telemedicine in Greece,” they concluded. Additional real-world data could help better inform longer-term adherence.

“These studies from all over the world demonstrate that we are only scratching the surface of the telehealth’s potential to improve care and the lives of individuals with Parkinson’s disease,” said Ray Dorsey, MD, a professor of neurology with the Center for Health + Technology at the University of Rochester (N.Y.).

Dorsey was not involved with the studies but has written and researched extensively on this topic.

Dorsey is a consultant for and has equity interests in Mediflix and Included Health, two digital health companies.