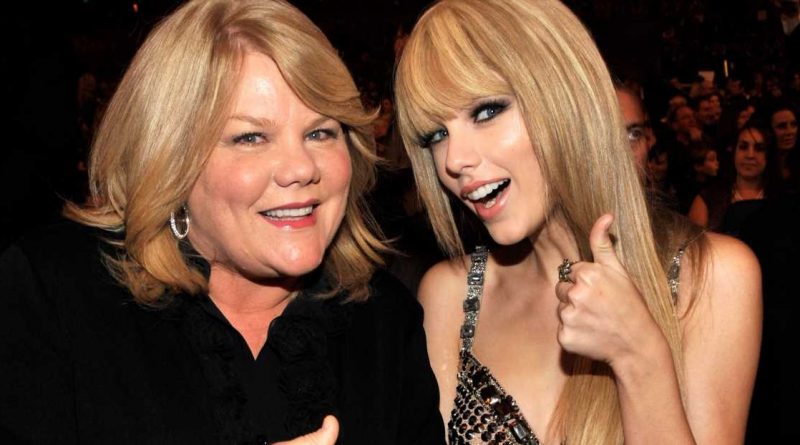 A few years ago, Taylor Swift revealed that her mom had cancer. Taylor didn’t go into a ton of details at the time, but she shared last March in an essay for Elle that her mom’s cancer had returned.

Now, Taylor shared in a new interview with Variety that her mom also has a brain tumor, and she’s trying to be home with her as much as possible. Taylor said that she’s just planning to do four shows in America this summer and a trip around the festival circuit in Europe. “I also wanted to be able to work as much as I can handle right now, with everything that’s going on at home. And I wanted to figure out a way that I could do both those things,” she said.

Taylor said she cut back on her schedule to be with her mom. “I mean, we don’t know what is going to happen,” she said. “We don’t know what treatment we’re going to choose. It just was the decision to make at the time, for right now, for what’s going on.”

Then, Taylor opened up about how much her mom’s health issues have impacted her. “Everyone loves their mom; everyone’s got an important mom,” she said. “But for me, she’s really the guiding force. Almost every decision I make, I talk to her about it first. So obviously it was a really big deal to ever speak about her illness.”

Taylor first shared back in 2015 on Tumblr that her mom had cancer. “For Christmas this year, I asked my mom that one of her gifts to me be her going to the doctor to get screened for any health issues, just to ease some worries of mine,” she said at the time. “She agreed, and went in to get checked. There were no red flags and she felt perfectly fine, but she did it just to get me and my brother off her case about it. The results came in, and I’m saddened to tell you that my mom has been diagnosed with cancer.”

Remember when Taylor’s mom testified during her sexual assault case?

Taylor told Variety that her mom was going through chemo during the filming of her Netflix documentary Miss Americana “and that’s a hard enough thing for a person to go through.”

She then went into more details about her mom’s diagnosis. (According to E!,Taylor’s mom also has breast cancer.) “While she was going through treatment, they found a brain tumor. And the symptoms of what a person goes through when they have a brain tumor is nothing like what we’ve ever been through with her cancer before. So it’s just been a really hard time for us as a family,” she said.