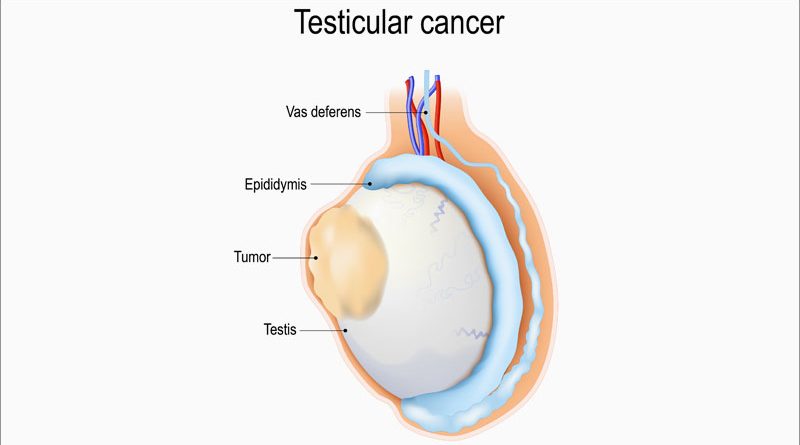 Results were reported at the 2021 Genitourinary Cancers Symposium (Abstract 374).

“Stage I seminoma has a survival that approaches 100%. Over recent years, CT surveillance has become an international standard of care and has largely replaced the use of adjuvant treatment,” said investigator Robert A. Huddart, MRCP, FRCR, PhD, of The Royal Marsden NHS Foundation Trust, London.

“A typical surveillance protocol, however, consists of multiple CT scans taken over a period of a few years and results in quite a high diagnostic radiation dose, which has raised questions about the long-term risk of second malignancies related to this program,” he noted. “At the moment, there is no evidence base to inform how frequently imaging should be undertaken and the type of imaging that should be used.”

Results of TRISST showed that, with a median 6-year follow-up during which men were monitored with various surveillance protocols, 1.5% experienced a relapse that was advanced (stage IIC or higher) at detection.

“The three-scan schedule was noninferior to seven scans in our protocol, and in fact, with the three-scan schedule, we would use over 1,000 fewer scans at a cost of perhaps having four relapses that could have been avoided,” Huddart pointed out. “We can conclude that MRI is noninferior to CT and should be recommended to avoid irradiation. This study will provide an evidence base for making the transition to MRI, which is important. The MRI scan is more complex – it takes longer and is more resource heavy. So we do need to supply the evidence that it is the right thing to do for patients.”

Need for expertise in interpreting MRI scans is a valid concern, he acknowledged. “There is a degree of specialization in the UK for testis cancer management, and clearly, you had to be specialist to take part in the study. So I can’t say it is your everyday radiologist, but the data would suggest we actually saw less errors in terms of pickup with the MRI scan than with the CT scan,” he said. “You do need to have a level of expertise, but it doesn’t require super-specialist expertise. I suppose that will be a learning lesson for all of us, to learn better MRI interpretation if we are using MRI.”

The 669 men randomized in TRISST (NCT00589537), a multicenter trial with a factorial and noninferiority design, had undergone orchiectomy for stage I seminoma and did not have any adjuvant therapy planned.

They were randomized once on number of surveillance scans: seven scans (at 6, 12, 18, 24, 36, 48, and 60 months) vs. three scans (at 6, 18, and 36 months). And they were randomized again on scan modality: CT versus MRI. All groups had similar follow-up otherwise, consisting of periodic chest radiographs, tumor marker tests, and clinical assessments.

The primary outcome, 6-year incidence of advanced relapse defined as stage IIC or higher (i.e., measuring 5 cm or greater) by Royal Marsden Hospital criteria, was chosen because, when the study began, this was the dividing point between using local therapy and using systemic multiagent chemotherapy to treat a relapse, Huddart explained.

Among men remaining on surveillance, compliance was good, with 94% of all scans attended and 79% performed on time, he reported.

Overall, 12% of the randomized population experienced a relapse of any stage during follow-up, with nearly all relapses occurring within the first 3 years.

The 6-year incidence of advanced relapse was just 1.5% in the entire trial population, lower than the 5.7% expected in trial planning, according to Huddart.

In intention-to-treat analyses, the incidence was 2.8% with the three-scan schedule and 0.3% with the seven-scan schedule, with the difference of 2.6% and the bounds of the 90% confidence interval falling within the predefined noninferiority margin of 5.7%.

Using three scans instead of seven scans increased the proportion of patients with relapse who had advanced stage from 3% to 20%. Four of the nine advanced relapses occurring with the three-scan schedule could possibly have been detected earlier with the seven-scan schedule.

The 6-year incidence of advanced relapse was 0.6% with MRI scans and 2.6% with CT scans. The difference of –1.9% and the bounds of the 90% confidence interval fell within the noninferiority margin. Use of MRI instead of CT reduced the proportion of patients with relapse who had advanced stage from 20% to 5%.

For both the scan frequency comparison and the scan modality comparison, findings were essentially the same in per protocol analyses and in analyses that instead looked at relapses measuring 3 cm or greater, according to Huddart.

Most patients experiencing a relapse of any stage, 93%, were alive and free of disease at their most recent follow-up, Huddart reported. Overall survival for the trial population was 99% and similar across surveillance groups, with no deaths due to testicular cancer.

She expressed some reservations about TRISST results, including the much lower than expected incidence of advanced relapse, which may have affected comparisons, and problematic compliance, as about one-quarter of patients stopped surveillance before relapse or withdrew from the trial before 6 years of follow-up.

Recurrence after treatment of stage I seminoma is largely driven by the risk factors of tumor size exceeding 4 cm and presence of rete testis invasion, and 54% of TRISST patients did not have either of these factors, Laguna noted.

“While a more relaxed schedule may well suit those patients at low risk, more intense schedules will be appropriate for patients with risk factors,” she maintained. “I am pretty sure that the TRISST trial will impact future guideline recommendations, although still I think that one approach may not fit all.”