Home » Health News » Study: Treatment of pulmonary fibrosis should focus on the telomeres of the cells that regenerate the lungs 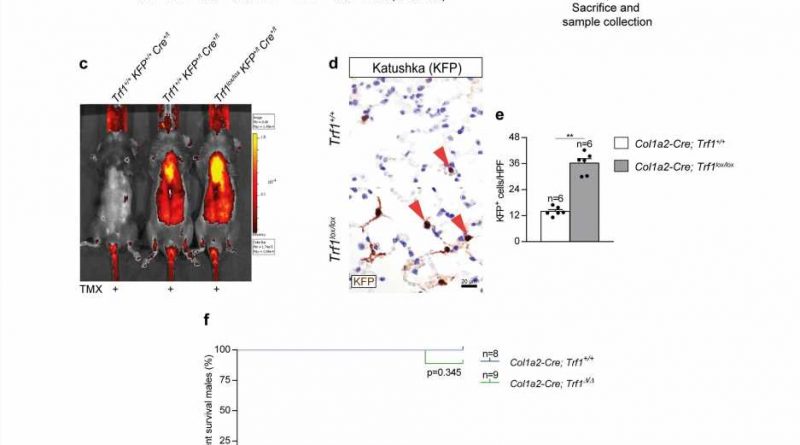 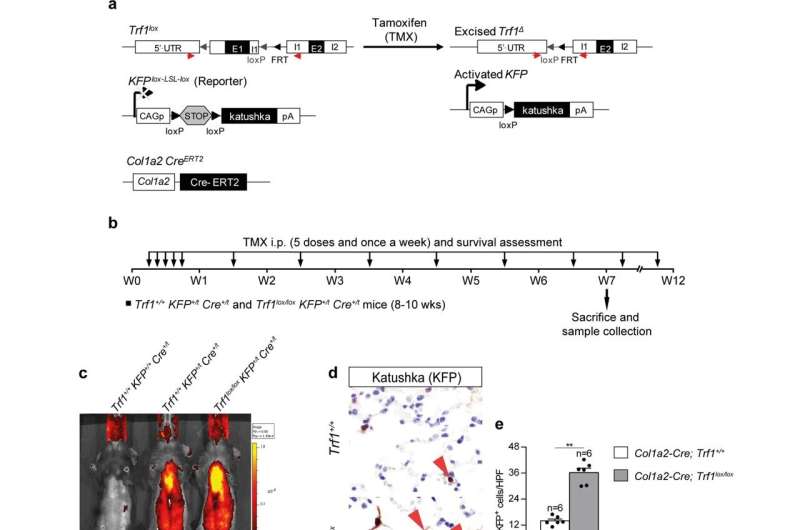 Idiopathic pulmonary fibrosis could become the first degenerative disease to be treated through the science of aging.

It was known that this disease—like other degenerative diseases—is associated with the aging process, but its molecular causes were unknown. The Telomeres and Telomerase Group at the Spanish National Cancer Research Centre (CNIO), led by Maria A. Blasco, has been working for years to unravel them. In their latest findings, they have narrowed down exactly which cells give rise to fibrosis when they undergo alterations due to the aging process: alveolar type II pneumocytes, the cells responsible for regenerating lung tissue.

“The relevance of this finding is that it indicates which cells in particular should be targeted in any therapy against idiopathic pulmonary fibrosis,” explains Blasco.

The paper is published today in Nature Communications, with Maria A. Blasco as senior author and CNIO Telomeres and Telomerase Group researchers Paula Martínez and Sergio Piñeiro-Hermida as first authors.

People affected by pulmonary fibrosis suffer a progressive loss of breathing capacity because their lung tissue becomes stiff and scarred. The disease, currently untreatable, is potentially lethal and affects around 8,000 people in Spain.

In recent years, Blasco’s group has shown that pulmonary fibrosis is triggered when telomeres, the molecular structures that protect the ends of chromosomes, no longer function properly in lung cells. Telomeres are linked to aging: they shorten over the course of a lifetime, which can cause them to lose their ability to work properly as the body ages.

However, there are several different cell types in the lungs, including alveolar type II, fibroblasts, so-called club cells and basal cells, and until now no studies have been done on which of these cells is the origin of lung fibrosis caused by non-functional telomeres.

Fibrosis is only produced when the telomeres in pneumocytes are damaged

The new study by this CNIO group investigates whether damaging the telomeres of different types of lung cells causes fibrosis. It does so by inactivating—in each of these cell types—a gene called TRF1, which controls the synthesis of a protein that is essential for proper telomere functioning.

The finding confirms that the truly important cells for lung fibrosis are alveolar type II pneumocytes.

“We show that depletion of TRF1 in fibroblasts, Club and basal cells does not lead to interstitial lung fibrosis, underscoring alveolar type II pneumocytes as the relevant cell type for the origin of interstitial fibrosis,” the authors write in Nature Communications.

CNIO researchers have also designed a therapeutic strategy to treat pulmonary fibrosis, based on a gene therapy that activates the production of the enzyme that repairs telomeres in the body: telomerase. This therapy has resulted in patents and the creation of a new company, Telomere Therapeutics, involving the public bodies CNIO, the Autonomous University of Barcelona and the Centre for the Development of Industrial Technology (CTDI).