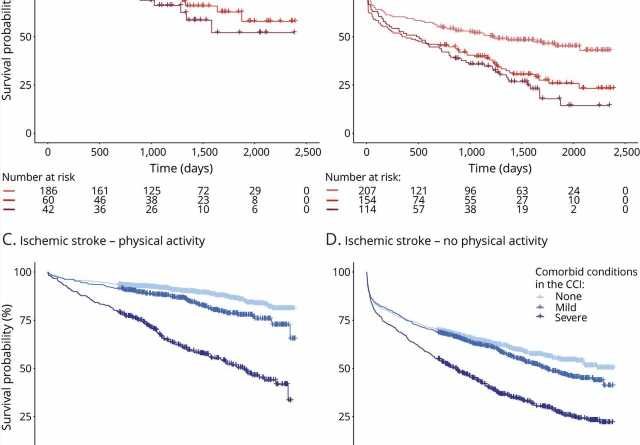 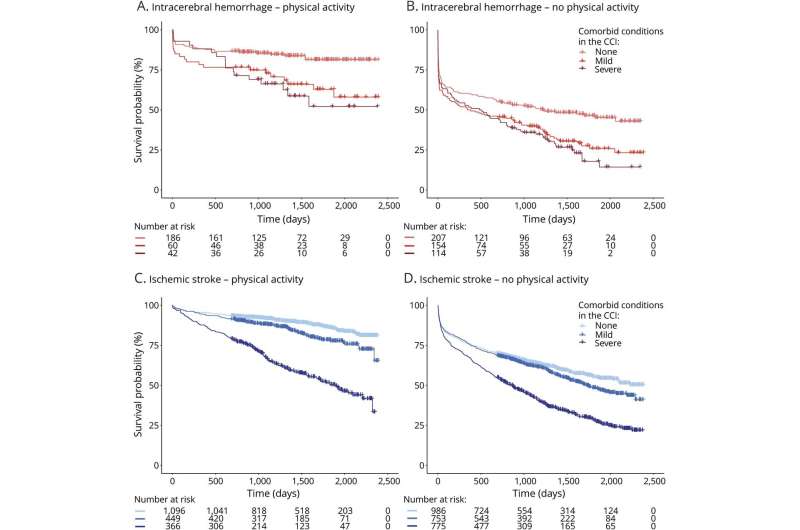 Four hours of light physical activity per week can now be linked to milder symptoms from intracerebral hemorrhage, and also to better survival rates, a University of Gothenburg study shows.

In the current register-based study, researchers from Sahlgrenska Academy at the University of Gothenburg show a clear link, although not causality, between physical activity and protection against severe symptoms of intracerebral hemorrhage.

The results show that people who perform light physical activity, such as walking or bicycling for at least four hours per week, have a 3.5 times higher probability to experience mild symptoms from intracerebral hemorrhage, and more than twice the chance to survive five years, compared to those who are less active.

Common stroke symptoms include, paralysis (usually in one half of the body), slurred speech, loss of vision, dizziness with balance difficulties, severe headache and loss of consciousness.

First author of the study, published in the journal Neurology, is Adam Viktorisson, a Ph.D. student in Clinical Neuroscience at Sahlgrenska Academy, and a medical intern at Sahlgrenska University Hospital in Gothenburg.

“This is the first study that examines the relationship between physical activity, acute stroke symptoms and death after intracerebral hemorrhage. The results show that light physical activity, such as taking a walk or cycling for at least 35 minutes per day, markedly reduces the likelihood of severe symptoms and death after intracerebral hemorrhage,” he says.

In the study, over half were inactive before their intracerebral hemorrhage, 1 in 3 performed light physical activity, and less than 1 in 20 exercised regularly.

The researchers have combined information from several Swedish registers: The local stroke register at the Sahlgrenska University Hospital (Väststroke), the national stroke register (Riksstroke), the Statistics Sweden Register, the Swedish National Patient Register and the Cause of Death Register. The follow-up of mortality continued until October 2021, up to 7 years.

“Hopefully this study can encourage people to be more physically active. That would reduce the number of severely injured patients and give them a better quality of life, and at the same time less burden on the healthcare system,” says last author, Professor Katharina Stibrant Sunnerhagen.