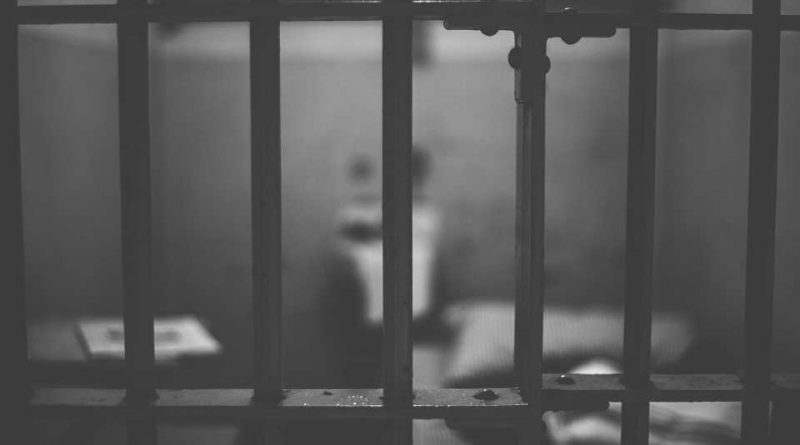 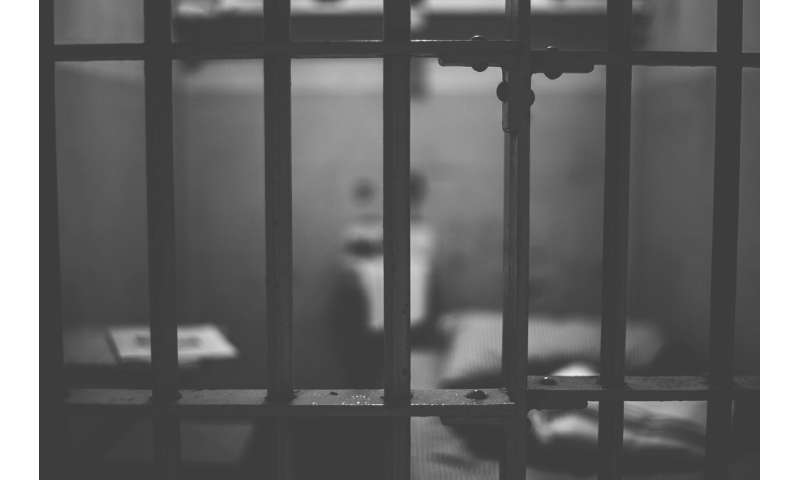 American jails and prisons, in which large numbers of inmates live together in close quarters, have become COVID-19 hotspots. In fact, one published analysis found that the top 10 biggest clusters of the virus in the U.S. are now in correctional facilities.

A new study, however, takes a look at the possible ripple effect these clusters may have in surrounding communities. The findings suggest that short-term cycling of prisoners through local jails for arrest and pretrial procedures may be putting entire cities and states at risk, especially communities of color, according to a new peer-reviewed study in the journal Health Affairs. The research also fuels the ongoing concerns over mass incarceration policies in the nation.

The paper, co-authored by Eric Reinhart ’10, a Ph.D. candidate in the Graduate School of Arts and Sciences in the Department of Anthropology, and Daniel Chen ’99, J.D. ’09, a professor at the Toulouse School of Economics and a principal investigator for the World Bank’s Data and Evidence for Justice Reform program, examined the relationship between jail cycling and community infections across different neighborhoods in the state of Illinois using publicly available data on booking, release, and COVID-19 status from Cook County Jail in Chicago and known coronavirus cases from the Illinois Department of Public Health.

The quantitative study tracked inmate release data and found corresponding rises in COVID-19 cases in home communities. The analysis suggests that as of April 19, almost 16 percent of all coronavirus cases in the state were associated with the presence of people who in March had cycled through the Cook County Jail, one of the nation’s largest jails. That one-in-six figure held true for the city of Chicago itself.

“You can think of cycling people through jail as having a multiplier effect,” said Reinhart, who is also a student at the University of Chicago Pritzker School of Medicine. On average, “For every one person you cycle through the jail [whether that person becomes infected or not], in the ZIP code from which they have come and which they will return to, within a three to four week lag you’re going to see 2.149 more cases. That doesn’t sound like so much, but when you consider that 100,000 people are cycled through this jail every year, and then across the country approximately 5 million people are cycled through jails every year, then that multiplier effect acquires a huge scale.”

The Cook County Sheriff’s Office and the Chicago Department of Public Health, which sent a letter to Health Affairs asking that the paper be removed, strongly disputed the study’s results.

“If we had the ability to test at intake beginning in January it would have shown the virus was coming in from the street, not the other way around,” the sheriff’s office said in a statement. “Further supporting this is the fact the majority of the positive cases are coming from the communities hit the hardest by COVID-19.”

The statement also notes the facility began testing all arriving inmates after capacity became available and that “virtually all of the new cases in recent weeks have come from newly arrested individuals.”

A spokesperson for the journal said that the print publication was going ahead as planned.

The researchers stress that their findings represent only a correlation between infection rates and jail cycling. They did not trace infected individuals and could not establish a clear causal relationship through a randomized controlled trial, because adequate data to perform that type of analysis does not exist. They note that it’s possible that factors for which they did not control could help explain the association.

Reinhart and Chen also point out that they could not link community spread to jail employees because they did not have access to data on the ZIP codes of where staff live, limiting their analysis. During the period they studied, jail staff in Cook County made up more than 100 of its 600-plus coronavirus infections.

The researchers argue in their paper, however, that “these provisional findings are consistent with the hypothesis that arrest and jailing practices are augmenting infection rates in highly policed neighborhoods.”

The researchers reached their results after running two types of statistical analyses on data from the jail, the state’s Department of Public Health, and the U.S. Census Bureau. They looked at the ZIP code-level relationship between the presence of released Cook County Jail detainees and the rate of coronavirus infection.

In their more rigorous multivariate analysis, in which they controlled for factors such as race, poverty, public transit use, and population density, Reinhart and Chen found that the cycling of 2,129 individuals through Cook County Jail in March was independently associated with 4,575 additional known community infections in Illinois as of mid-April. That’s 15.7 percent of all cases across the state at the time. In Chicago, the figure was 15.9 percent.

Both numbers suggest that jail cycling is the most significant predictor of COVID-19 spread in Chicago and Illinois, even more than the factors for which they controlled. When those variables were considered together and controlled for overlapping associations, they accounted for about 60 percent of all cases in Chicago and about 37 percent of cases across all ZIP codes in Illinois, according to the study.

In the bivariate analysis, which did not control for any other confounding factors and is considered the less rigorous of the two methods, they found that 55 percent of COVID-19 cases in Chicago were linked to the jail.

The authors also say that the risks tend to fall disproportionately on minority communities. In Chicago, for example, Black residents represent only 30 percent of the population, but make up about 75 percent of detainees at the Cook County Jail. It’s not surprising then, that about 60 percent of the cases associated with cycling through Cook County Jail were in majority-Black ZIP codes, according to the study.

“[We forget] these institutions are not simply contained spaces, but a part of our communities,” Reinhart said. “They’re very porous. People go in and they go out.”

The authors conclude that American policing practices—long criticized for overreliance on arrests and incarceration—pose an enormous public health risk during the pandemic, especially for minorities, who are jailed at higher rates.

About 28,000 people are arrested every day in the U.S.; in a year, that comes to more than 10 million arrests, according to the FBI. Another estimate says that at least 4.9 million people cycle through often-overcrowded county jails each year.

There are “potentially millions of preventable cases,” Reinhart said. “The vast majority of these individuals are cycled through jails for reasons associated with socio-economic status [like being unable to post bail] and petty alleged offenses. [According to studies], 95 percent of the people booked into jails nationally are booked for nonviolent offenses … [and] approximately 42 percent of those booked into jails will be proven innocent.”

Reinhart and Chen have been working together since they met at Harvard in 2007. They are now working on a national expansion of the study.

The paper, which was published in early June, comes at a critical moment as the coronavirus continues disproportionately affecting black and minority communities and thousands of Americans across the country have taken to the streets for anti-racism protests, leading to arrests and, as a result, increased jail cycling.