Home » Health News » Strokes in the spine are rare—but dangerous 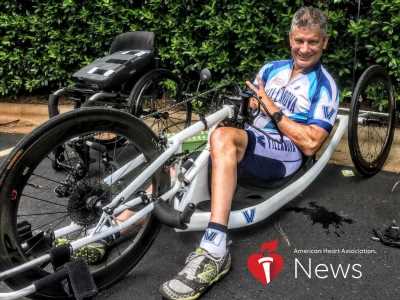 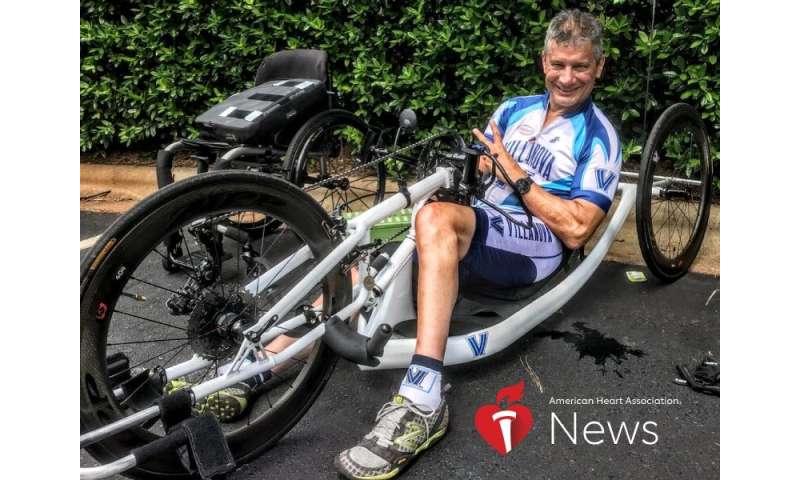 Weighing in at about the same as when he graduated high school, Brian Muscarella, 62, eats a healthy diet and enjoys plenty of physical activity. Indeed, he has completed the New York City Marathon four times.

But at 53, Muscarella’s life changed dramatically when he had a spinal stroke, which accounts for just over 1% of all strokes.

“I had great blood work, I was in shape, and I didn’t have any other basic signals that a stroke could happen,” said Muscarella, who lives in Charlotte, North Carolina.

Like brain strokes, spinal strokes are caused by a lack of blood flow, most often because of a blood clot from a buildup of plaque in the arteries, or a hemorrhage, which may result from hypertension or a burst aneurysm.

Starved of blood flow, the spinal cord does not receive the nutrients and oxygen it needs, leading to tissue and organ damage.

In most cases, the first symptom of a stroke in the spinal cord is a sudden, often radiating, pain in the neck or back. Weakness in both legs and unusual sensations also are common.

Muscarella first experienced numbness in his arms and a severe stabbing pain in his chest that came and went over the course of several hours. Within 24 hours, he became paralyzed from the chest down and temporarily lost the ability to squeeze his hands.

His neurologist didn’t sugarcoat the news.

“He told me that the damage was permanent, and that I wasn’t going to recover from this,” Muscarella said.

But according to Dr. Salvador Cruz-Flores, a neurologist in El Paso, Texas, spinal strokes don’t always lead to this outcome.

“As many as 30% to 40% may have enough recovery after three or four years to be able to stand up and walk with a walker,” said Cruz-Flores, who was not involved with Muscarella’s case.

Others aren’t so fortunate. Approximately 20% to 25% of patients will die as a result of complications.

“Because of immobility, people can have deep vein thrombosis, where they develop clots in their legs and some of them travel up and cause pulmonary embolisms,” Cruz-Flores said.

In a brain stroke, doctors sometimes will use clot-busting medications or perform a procedure to physically clear the blockage, but Cruz-Flores said there’s not enough data published about the use of such techniques in spinal strokes.

“Sometimes we’ll drain some spinal fluid to relieve the pressure around the cord and increase the blood pressure within the blood vessels,” Cruz-Flores said. “There’s a need to have clinical trials to determine the best strategy.”

Although Muscarella can stand with leg braces and arm canes, he has never walked on his own again and still experiences burning sensations (nerve pain) and spasms in his legs.

“If I have any kind of congestion, I struggle to get rid of it, because I can’t cough as well,” Muscarella said. “But I’ve got it so much better than most, so I can’t complain.”

That’s been his mantra from the very beginning. But he does more than simply not complain.

He’s become a strong advocate for the disabled and got involved with the Adaptive Sports and Adventures Program (ASAP) at Atrium Health Carolinas Rehabilitation. He serves on ASAP’s advisory board. He recently received the Villanova Father William Atkinson Humanitarian Award for his work in the disabled community.

Every year for the past nine years, he has ridden a hand-powered bicycle in ASAP’s Cycle to the Sea, a three-day, 180-mile bike ride from Charlotte to North Myrtle Beach. In the process, he has raised nearly $280,000 to fund community programs for the disabled.

And 20 years to the day after Muscarella first finished the New York City Marathon, he did it again in 2017, this time riding a handcycle.