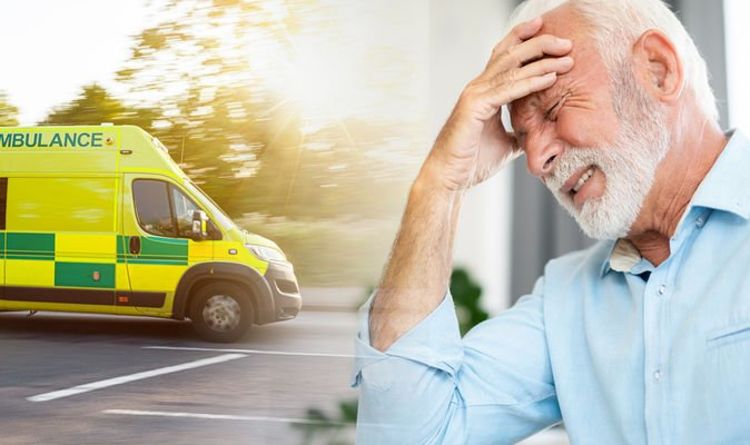 Statins: How the drug prevents heart attacks and strokes

However, a “breakthrough” medical scanning technique could provide life-saving care to stroke victims – and it is available in most hospitals. Radiologists tested the imaging technique to determine which stroke patients would be good candidates for a procedure to restore blood flow. In people who have suffered from large vessel occlusion strokes (i.e. ischemic stroke), a blood clot would have travelled from the heart or neck and blocked blood flow to the brain.

Described as the “most common serious neurological disease” in the UK, current treatment is an endovascular thrombectomy.

An endovascular thrombectomy involves a tube being inserted into the blood vessel to remove or destroy the clot.

Dr R Gilberto Gonzalez, from the Department of Radiology at Massachusetts General Hospital (MGH) in Boston, stated that endovascular thrombectomy is “over 90 percent effective”.

“The problem is, we’re only treating less than 10 percent of the people who might benefit,” Dr Gonzalez added.

Such a shortfall has been attributed to the challenge in determining which patients need treatment right away, and who can wait longer for treatment.

Another consideration is how fast the brain injury is growing.

In prior research, Dr Gonzalez and his colleagues discovered that the brain injury “grows very slowly” in a significant portion of patients.

Such a finding suggests that many stroke patients would benefit from a thrombectomy procedure even 24 hours or more after the blockage occurs.

In order to identify which patients can receive a later operational treatment, Dr Gonzalez studied the results from 31 stroke patients.

When admitted to hospital, these patients underwent a computed tomography angiography (CTA) – an imaging technique readily available in many hospitals.

The patients then had MRIs over the next two days to track how much the brain injury was growing.

The results revealed a strong link between brain injury growth and blood flow in the collateral blood vessels.

The collateral blood vessels are smaller blood vessels recruited by the brain to make up for the loss of blood flow in the large vessels.

Dr Gonzalez and his team identified a “symmetric collateral pattern”.

This was strongly associated with slow-growing – and highly treatable – brain injury.

Dr Gonzalez said: “Our data shows that in almost half of patients, the core [brain injury] grows very slowly.

“That’s a huge number of people who are potentially treatable.”

As the CTA scanning equipment is widely available, patterns spotted by it offer a potential lifeline for “tens of thousands” of stroke victims.

In theory, patients discovered to have good collateral circulation patterns by the CTA scanning equipment could be transferred to more equipped hospitals to be treated at a later stage.