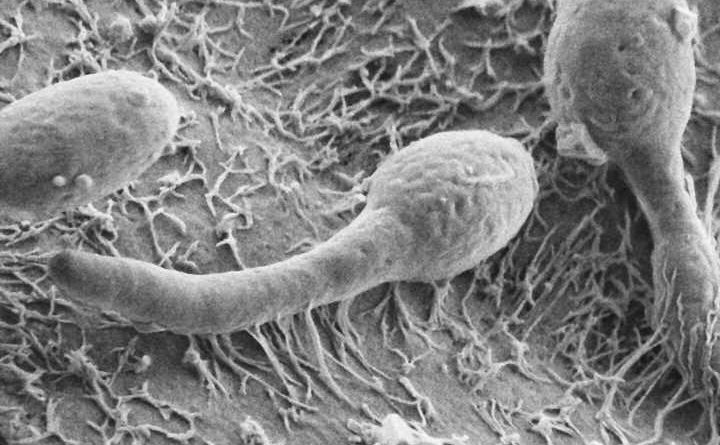 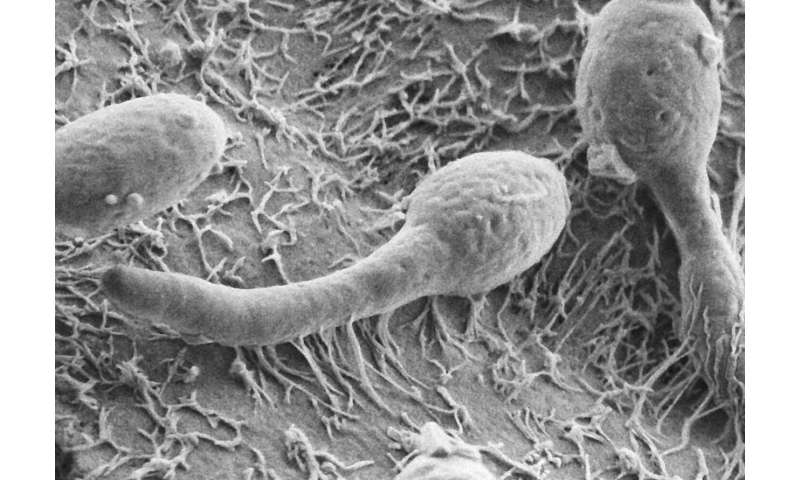 Infections pose an increasing risk to hospitalized patients. In collaboration with a number of partners, the Fraunhofer Institute for Interfacial Engineering and Biotechnology IGB has developed a new therapeutic approach as part of the InnateFun project. Their strategy is to improve cells’ ability to defend themselves against harmful microorganisms by acting on their immune receptors. The researchers’ work on this therapeutic approach has reached the animal model stage. Models for infections of fungi of the genus Candida, which is also common in hospitals, were analyzed. The preliminary results are promising.

Hospitals are designed to save lives. Yet a hospital stay also poses a potential hazard to people’s health due to the risk of infections by germs or viruses. For patients who are already in a weakened state or recovering from recent surgery, an additional infection may lead to serious complications. Invasive infections with fungi of the genus Candida or Aspergillus are particularly feared in hospital settings. Candida is often found as a biofilm on medical devices such as catheters. The conventional therapeutic approach—combating the infection with drugs designed to kill the pathogens—is often not specific enough and has been shown to be inadequate in cases involving drug-resistant microorganisms.

Fraunhofer IGB is pursuing a new approach in the InnateFun project. The Stuttgart-based researchers are exploiting the human immune system’s capacity to act as the body’s primary line of defense. “The basic idea behind the project is to help the immune system respond to infections better, faster and in a more targeted way,” says Professor Steffen Rupp, deputy director of Fraunhofer IGB and coordinator of the health business area. To achieve this goal, a team of Fraunhofer IGB researchers led by Dr. Anke Burger-Kentischer took various molecules that are similar in structure to pathogens and introduced them into reporter cell lines, which they established and patented themselves, in order to trigger a response from the immune receptors. Their hypothesis was that if the immune system responded to the molecules then it would also combat real pathogens more effectively. 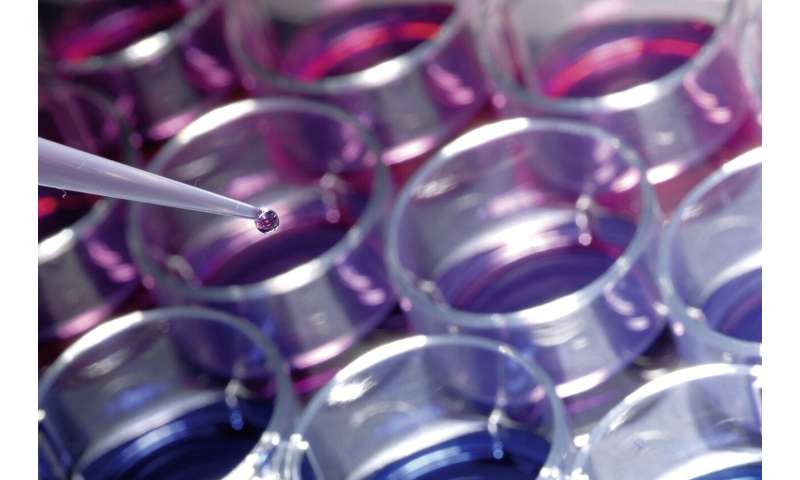 Immune system in a test tube

The logic and sense of this approach seems clear—yet it is far from a simple process. “The difficult part is sorting through thousands and thousands of molecules to find the ones that elicit a response from the reporter cell lines,” says Burger-Kentischer. To tackle this step, researchers at the Fraunhofer Project Center for Drug Discovery and Delivery at the Hebrew University of Jerusalem started by using computational chemistry to filter out several hundred molecules that might potentially be suitable candidates. This method is commonly used in pharmaceutical research to investigate and simulate the properties and structures of molecules on a computer. In a second step, molecules that until then had only been modeled virtually on the computer were chemically synthesized in the lab.

In the third step, the Fraunhofer IGB researchers placed the substances in a solution and added them one by one to the specially produced cell lines. In this procedure, known as an assay, the researchers were finally able to identify which substances the cells responded to by means of a color reaction. The cells’ immune receptors activate what is known as a reporter gene, which induces the color reaction.

Molecules that elicited a response in the in vitro tests were carried over to the next phase of ex vivo experiments. In this phase, the researchers repeated the tests, but this time not using cell lines but rather human blood and immune cells isolated from blood. This enabled the researchers to determine whether the immune receptors in a natural (primary) cell would also respond to the molecules (immunomodulators), and what exactly the response would be.

The remaining parts of the process were tackled by the research partners that are collaborating with Fraunhofer IGB on the InnateFun project. These include the company EMC microcollections GmbH in Tübingen, Germany, the Hebrew University of Jerusalem in Israel (including the Fraunhofer Project Center for Drug Delivery and Discovery at Hebrew University), the research university KU Leuven in Belgium, Lille University Hospital, France, and the University of Vienna. Having received Fraunhofer IGB’s results, these research partners applied various methods including animal models to test whether the identified molecules have an effect on an induced fungal infection. 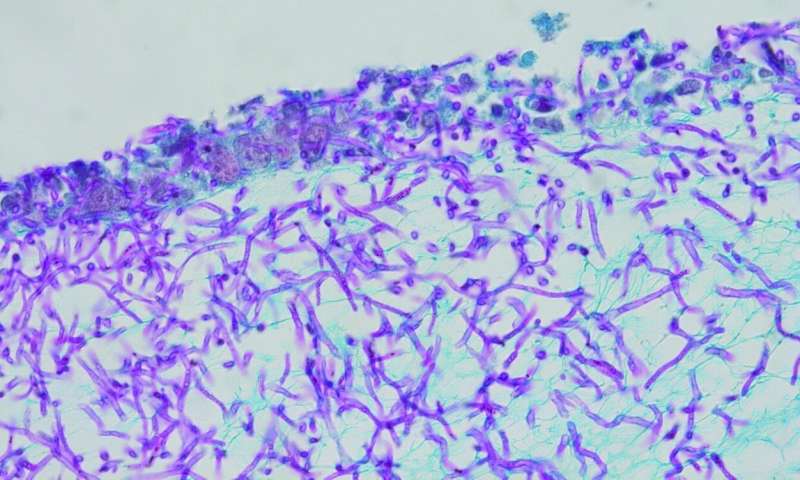 “We’ve now reached our first major milestone,” says Steffen Rupp. “We have identified molecules that significantly affect the immune response in human blood and reduce the severity of fungal infections in mice.”

If this type of therapy were to pass successfully through the relevant development and approval channels and eventually be commercialized, this would give treating physicians an additional weapon in the fight against hard-to-tackle hospital infections on top of existing therapies.