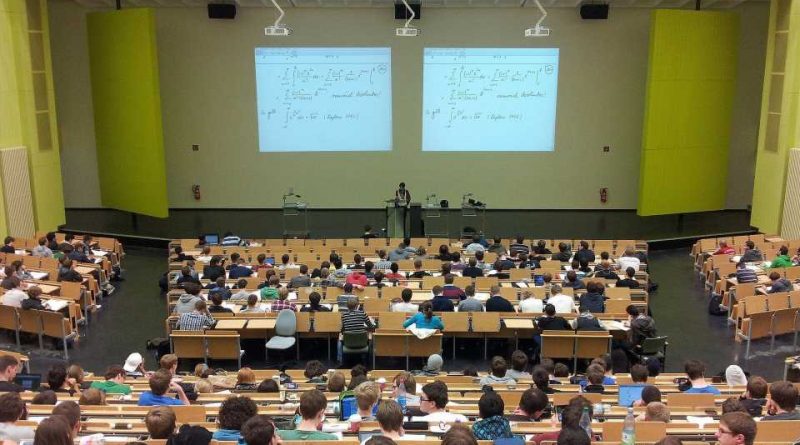 Unlike shorter duration events like natural disasters or other trauma, the COVID-19 pandemic doesn’t involve a “clean break” to indicate it’s over, making it difficult for many people to make sense of what they’ve experienced. This is especially true for first-year college students, who were getting accustomed to the college environment in spring 2020 just as the COVID-19 pandemic caused many colleges to temporarily shut down, said Jordan Booker at the University of Missouri.

Booker, an assistant professor of psychological sciences, and colleagues reveal in a new study that storytelling, or narratives, can be an effective tool in helping people make sense of these types of events. In particular, the researchers found first-year college students who used stories to express more personal growth and opportunities for maturation in their young lives during the early days of the COVID-19 pandemic reported less stress and more confidence in their schoolwork both in spring 2020, while many students were quarantining, and a year later, when most students were back on campus.

“Humans are natural storytellers—and storytelling is this rich and conscious opportunity for us to make sense of our lives,” said Booker, whose appointment is in the MU College of Arts and Science. “When taken broadly, we would expect this notion to translate into experiences with the pandemic as well. But, when we asked these students to provide details at the beginning of the pandemic in a clear and organized manner, we found it was hard for them to do. Developmentally, we would usually expect them to do that task well, but in this case, it is hard to tell a story with a beginning, middle and end.”

Typically, after a major traumatic event, Booker said narrative researchers like him are able to observe people using storytelling to express thoughts about what has occurred.

“People tend to differ in their approaches to storytelling, and these differences are important,” he said. “Traumatic experiences are very painful, but they often involve a ‘clean break’ to signify the end of the experience and a chance to make sense of things. However, this has not been the case with the pandemic. COVID-19 has been impacting our lives for multiple years now.”

Initially, the team of psychology researchers from MU, Emory University, University of Kansas, University of Utah and Western Washington University expected the pandemic to be a short-lived event, so they wanted to capture, in the moment, what life was like for these students. Then, they planned to follow up after some time had passed—like they’ve done with other major traumatic experiences—to see if there were any differences in how people approached storytelling. These changes would have allowed researchers to anticipate any ongoing recovery in the students’ lives.

However, while that aspect of the project did not materialize the way they had expected because the pandemic is ongoing, Booker said the broader idea of their project was maintained.

“We were able to broadly examine the personality differences or individual differences that students had in how they developed their stories, and whether those differences could help us anticipate how they were coping or adjusting against the backdrop of the pandemic,” he said.

For instance, the storytelling revealed some students were expressing growth from their pandemic experiences, Booker said.

“In some ways we may think that storytelling in the midst of a broad disruption in life, like the pandemic, is an opportunity to say, ‘You know, I’ve made it this far, I can absolutely persevere through this,'” he said. “This was the case for some students.”

For example, one student wrote:

“…I have learned more and have accomplished more on my daily schedules then when doing In-person classes. As a highly productive person, it was a shift but something I think helped me mentally. This explains both my dedication to school but my embrace of understanding sometimes you need to step back and get lots of work done. This has not only shaped the way I learn and think, but me as a person.”

Booker also said while some students were experiencing growth, they saw some students struggling with how to move forward, or forge a “path ahead.”

For example, one student wrote:

“Staying home most of the day, makes me feel unmotivated and feel like I am not moving forward with my life. I like being around my family but not all the time [ …] I feel like because of this, I became more lazy and unhealthy.”

A lifelong interest in storytelling

Booker’s interest in the field of psychology began during his junior and senior years of high school after he took a psychology course that included reading Fyodor Dostoevsky’s novel, “Crime and Punishment.” At the time, his interest in psychology was broadly defined. After initially entertaining the idea of enrolling in medical school and pursuing a double major in psychology and biology with a minor in medicine and society, he decided medicine wasn’t for him.

“As I was trying to figure out what’s next for me, some colleagues reached out and suggested I look at doing something with research,” he said.

Booker came to appreciate developmental science and how certain emotion skills and social skills are shaped in children. He did his early work as an undergraduate and graduate student at Virginia Tech while working with Julie Dunsmore, who is now a professor of psychological, health, and learning sciences at the University of Houston. Booker then wanted to expand his skill set to be better prepared for a role as a professor. So, he became a postdoctoral fellow at Emory University and worked in the lab of Robyn Fivush, who is now the Samuel Candler Dobbs Professor of Psychology and a co-author on the storytelling study.

“Robyn is a thought leader in bringing life stories, particularly through narrative approaches, to psychology,” Booker said. “So, I got to experience working with her in her lab for about three years, and through that experience I was able to combine my existing interests in emotion and personality with some growing interests in how identity was important in the lives of young people. Storytelling captures of all these elements. People tend to talk about their lives in fairly comparable ways, but they tend to differ in how those experiences are handled, and those differences tend to be important for how people function day to day.”