Stomach cancer is characterised by a growth of cancerous cells within the lining of the stomach. Also known as gastric cancer, it’s a type of cancer that is difficult to diagnose. The National Cancer Institute (NCI) estimates there’ll be approximately 28,000 new cases of stomach cancer in 2017. Since stomach cancer usually doesn’t cause any early symptoms, it often goes undiagnosed until after it spreads to other parts of the body. Feeling an acid reflux that persists and a burning sensation could signal the deadly disease.

Stomach cancer is directly linked to tumours in the stomach. Risk factors for the disease include a group of blood cancers, a common stomach infection that can sometimes lead to ulcers, tumours in other parts of the digestive system or abnormal growths of tissue that form on the lining of the stomach.

Stomach cancer often occurs in older people with about 60 percent of those being diagnosed aged older than 64. 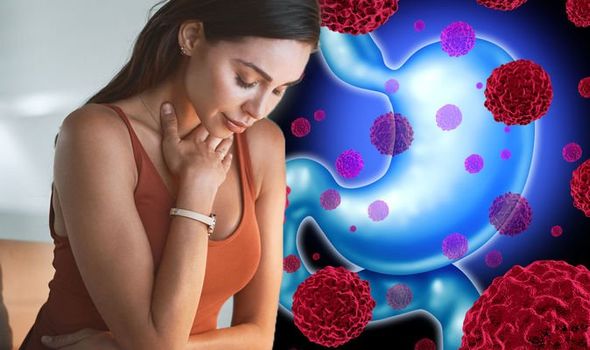 Heartburn, indigestion and other common symptoms of an unhappy gut could be a warning sign of stomach cancer, according to resources from MD Anderson Cancer Centre at the University of Texas.

Dr Sarpel said: “These sorts of symptoms are much more likely to be something other than cancer. But it’s still a good idea to let your doctor know what’s going on.”

Other symptoms in the stomach could be bloating, diarrhoea or constipation. Dr Sarpel added: “It makes sense that a cancer growing in your stomach could make you feel bloated, or mess with your bowel movements.

“While each of these symptoms is never going to scream stomach cancer to a doctor, experiencing them with some of the other issues could lead to cancer-related follow-up testing if your doctor can’t pinpoint another explanation.”

Other symptoms to look out for

Other symptoms of stomach cancer not related to the stomach could be either blood in your stools or vomit, no appetite or getting full very quickly, your insides hurting or unexplained weight loss.

“A classic stomach cancer pain is a dull the in the middle of the stomach.

“Its the hallmark of stomach cancer-related pain that is persistent and is like a gnawing feeling.

“It’s not something you feel for one day and then it goes away for two weeks and comes back again,” added Dr Sarpel. 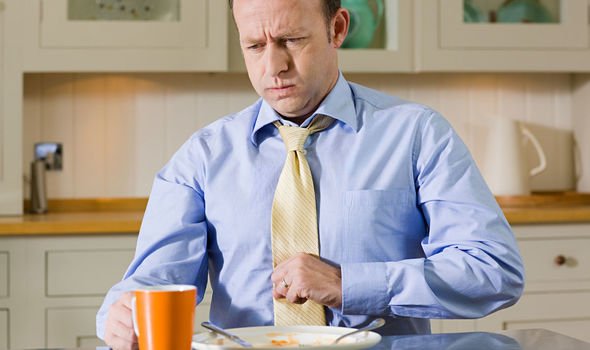 Can stomach cancer be cured?

The NHS said: “Many cases of stomach cancer can’t be completely cured but it’s still possible to relieve symptoms and improve quality of life using chemotherapy and in some cases radiotherapy and surgery.

“If operable, surgery can cure stomach cancer as long as all of the cancerous tissue can be removed. 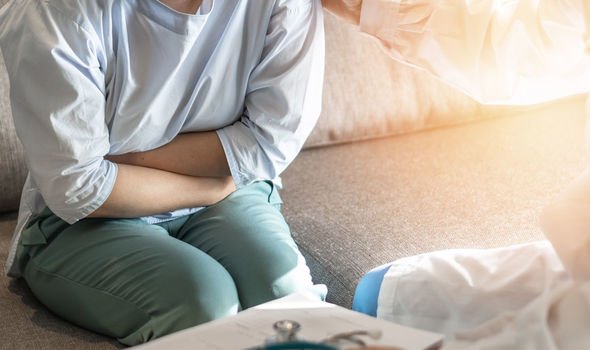 If you have noticed any of these symptoms its important to get them checked out.

Your GP will arrange tests if necessary. If a person is over 55 and suddenly develop indigestion that doesn’t go away, it’s advised to always have an endoscopy.

In some cases, your GP might prescribe medications that can help lower the risk of stomach cancer.

This is usually done for people who have other diseases that may contribute to the cancer.