Home » Health News » Stephen Colbert Developed Positional Vertigo: ‘I Go to Stand Up, and Then I Just Fall Down’ 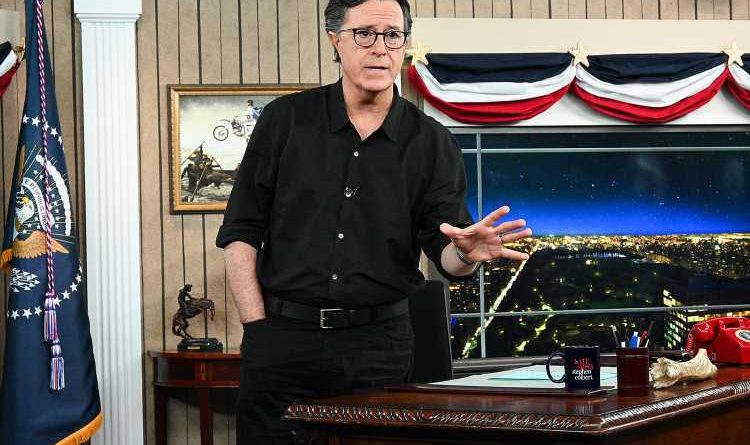 Stephen Colbert has become a bit off-balance in the last month.

The host of The Late Show with Stephen Colbert was diagnosed with benign positional vertigo — a common but irritating condition that causes episodes of dizziness when a person shifts their head, and can lead to falls — the weekend before the 2020 election.

“It’s almost entertaining, until I forget,” Colbert, 56, told Vanity Fair for their December cover story. “And then I go to stand up, and then I just fall down.”

The late-night host said that he now has to keep his body at a tilt.

“I’m coming to you right now from a very weird angle, slightly listing to port.”

Colbert is also doing exercises to help with his vertigo, as prescribed by his doctor. The condition typically develops from a minor or severe blow to the head, according to the Mayo Clinic, or it can form after damage to the inner ear, typically from surgery. In some cases, it can be related to migraines.

And it can be treated. It often goes away on its own after a few weeks or months, or it can be helped along with repositioning movements where a patient tilts and hold their head in certain positions to move particles around the ear canal. Colbert has previously said that he is deaf in one ear after developing “this weird tumor as a kid, and they scooped it out with a melon baller,” he told The New Yorker in 2005. That left him without an eardrum in his right ear — and dashed his childhood dream of having a career in marine biology.

"I always wanted to be a marine biologist … but then I had this ear problem. I have no ear drum,” he told the Post and Courier in 2005. “So I had this operation at the Medical University [of South Carolina] when I was a kid. Now I can't get my head wet. I mean, I can, but I can't really scuba dive or anything like that. So that killed my marine biology hopes."