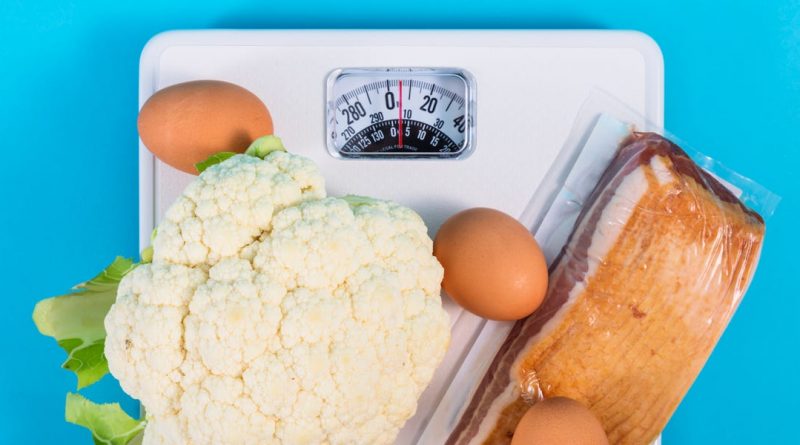 As the high-fat, low-carb keto diet continues to be a popular nutrition topic, variations of keto from Mediterranean keto to vegetarian, are also trending, along with a dubious market of keto products and services that promise quicker, easier results from the diet.

Enter speed keto, a combination of keto and intermittent fasting. Although there's evidence to support both techniques, experts don't recommend combining them, especially if you're a beginner, since the sudden extreme shift will likely be unpleasant, and the short-term payoff isn't worth the side effects.

Dr. Mark Cucuzzella, a professor at the West Virginia University School of Medicine who has published several studies on keto and diabetes, said that fasting can be a challenge early in the keto process since dieters haven't yet allowed their bodies to adapt to burning fat, leading to hunger, fatigue. That added stress is not only unhealthy, but can actually disrupt the metabolism, he added.

"If you force it, if you do fasting wrong, it can break you," Cucuzzella told Insider. "The stress response can break your endocrine system."

Speed keto was created in 2018 by a 'doctor' with a PhD in education, not a medicine

Although searches for "speed keto diet plan" spiked dramatically in late February this year, according to Google Trends, it isn't new.

"Speed keto" is a trademarked diet plan created by Harlan Kilstein, an entrepreneur and self-proclaimed "lifestyle coach." Kilstein identifies himself as a doctor and technically, he is, with a doctorate in education, not nutrition or any other field of medicine.

Kilstein apparently became personally interested in keto for his own weight loss, according to his website, and published a cookbook titled "Completely Keto" in 2018. His Speed Keto program appears to have been launched shortly thereafter. It offers ready-made ketogenic meal plan and fasting schedule to speed weight loss or push past the well-known "keto plateau," the phenomenon where some keto dieters find they stop losing weight within weeks or months on the diet.

The whole Speed Keto package sells online for $39, but the website claims it "has a total value of $540."

Separately, both the keto diet and intermittent fasting can aid weight loss, if done correctly

Keto, often called a lifestyle instead of a diet, has been touted for weight loss, more energy, and better metabolic health. Recently, doctors have begun using keto as a treatment for diabetes, although nutritionists are often skeptical of the high fat in a keto diet, particularly saturated fat.

There's also a growing body of evidence to support the benefits of intermittent fasting, including weight loss, but also prevention of chronic disease and other ailments.

However, neither is right for everyone — people with a history of disordered eating, for instance, shouldn't attempt restrictive diets that cut out food groups (keto severely limits carbohydrates) or require not eating for long periods of time (like certain types of fasting). And it's always best to work with a medical professional and/or nutrition expert if you're trying to lose weight or dramatically change your diet.

But the combination of the two into "speed keto," with the goal of participants eating just one low-carb, high-fat meal per day, has an even greater risk of becoming a crash diet, since the abrupt, dramatic change to eating habits will likely leave people hungry, fatigued, and unlikely to stick to the eating plan, according to experts.

Speed keto is especially challenging for beginners, though people do tend to eat less after a while on the keto diet

Once adapted to a keto diet, some people will naturally eat less often throughout the day, since high-fat meals are more filling, according to Dr. John Limansky, who follows a keto eating style and advocates it for his patients.

"[Speed keto] is a catchy marketing way of describing what people already do," he told Insider.

But the key is that those people have already adapted to the ketogenic diet over time, a lengthy process that varies depending on the person, but can take two to four weeks after restricting carbohydrates, Limansky said.  It's true that fasting can speed up the process by more rapidly reducing the body's stored energy, but it's likely to be unpleasant, he added.

Trying to fast before then, particularly a rigorous fasting style of just one meal a day, can be challenging because the brain is used to relying on glucose for energy — without a steady supply from food, Limansky said, people can feel groggy, fatigued, and prone to cravings and hunger pangs.

"I think it's a lot more difficult to start off that way. I recommend getting fat adapted first so you don't experience symptoms," he said. "Short-term, it's more successful, but long term, it's not sustainable."

The specific type of intermittent fasting promoted in speed keto is "one meal a day" eating schedule, sometimes abbreviated to OMAD. It can certainly help with weight loss, according to Limansky, since eating less often will likely cause you to consume fewer calories overall and, keto or otherwise, losing weight always requires a calorie deficit.

But there's no evidence that it's any better than other, less extreme styles of intermittent fasting, according to Robin Foroutan, a registered dietitian nutritionist and representative for the Academy of Nutrition and Dietetics. And it requires some planning to get all your daily nutrients and calories in one sitting — that single meal has to be high-quality and well balanced, or you'll be missing out on important dietary components like vitamins, minerals, and fiber.

"That means you might be following a plan that requires much more effort without extra pay-off in terms of health benefits," Foroutan told Insider. "It is probably not that easy to get all the nutrients you'll need for the day in that one meal without over stuffing yourself, which isn't great for digestion and absorption."

Experts recommend a more gentle approach to diet changes, ideally with the help of a medical expert

For people who are still looking to implement the benefits of keto or intermittent fasting, the experts recommend a slow and steady approach as well as consulting a nutritionist or medical doctor. Any diet, including keto or fasting, with the intention of quick weight loss is less likely to be sustainable over time, Limansky said.

"It's not a diet, it's a lifestyle change, a long-term solution to metabolic issues people are facing." he said. "I look at it as this is how I'm going to live for the rest of my life, as a side effect I'll lose weight. Focus on health first, and not weight loss."

The takeaway here is that like other extreme dieting strategies, like very low calorie plans, it will likely work for weight loss, but it's not worth it long-term, Limansky said.

And not everyone needs to fast, or do keto, to feel good or lose weight (if that's their goal), Cucuzzella added. Simple principles like avoiding processed food and added sugar can make a big different for many people, without the added stress of complicated diet plans or obsessive carb counting.

"It's a choice. Not all people need to do this," Cucuzzella said. "If people are hungry, they'll eat. If they lose weight and muscle, they'll shut metabolic rate down and gain the weight back. But if people do the basics, it takes care of a lot of problems."

The US government is testing the keto diet to treat veterans' diabetes. Critics say it could have long-term health risks.