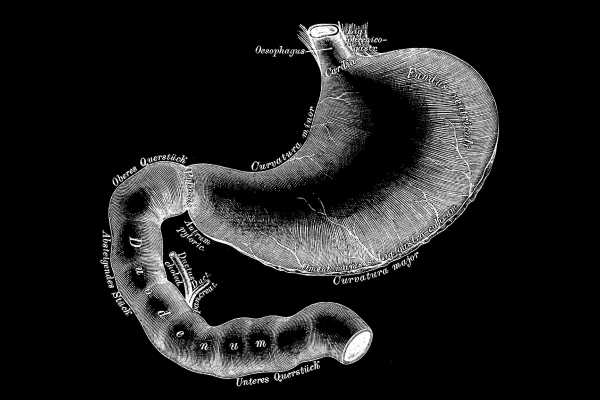 Now, new research from Washington University School of Medicine in St. Louis and the International Centre for Diarrhoeal Disease Research involving malnourished children in Bangladesh has implicated specific types of gut bacteria in the small intestine as a cause of their stunted growth. Such bacteria contribute to disease in the lining of the small intestine — a condition called environmental enteric dysfunction — which impairs the absorption of nutrients from food and suppresses growth factors necessary for healthy development.

The research, published July 23 in The New England Journal of Medicine, may help scientists design new therapies for malnourished children who remain stunted and underweight even after receiving therapeutic foods.

In an editorial that accompanies the study, Ramnick J. Xavier, MD, of Massachusetts General Hospital and the Broad Institute of MIT and Harvard, called the new research “reminiscent of the identification of Helicobacter pylori as a cause of ulcers.” According to Xavier, the work ties a disease to a group of bacteria that colonizes a specific region of the gut and illustrates the benefits of integrating global health with basic mechanistic studies of the causes of disease.

The gut microbiome has a symbiotic relationship with its human host. Evidence is emerging about its critical contributions during the early years of life to healthy growth and development. Much research involving the gut microbiome has focused on bacteria measured in fecal samples, which are not necessarily representative of the microbial communities living in different regions along the length of the gastrointestinal tract. The researchers were interested in the upper small intestine — the region of the gut immediately following the stomach — because it is largely  unstudied and because there were hints that it could play an important role in malnutrition.

“Much of the body’s nutrient absorption takes place in the small intestine,” said senior author Jeffrey I. Gordon, MD, the Dr. Robert J. Glaser Distinguished University Professor and director of the Edison Family Center for Genome Sciences & Systems Biology at the School of Medicine. “The small intestine is lined with finger-like projections called villi, which increase the absorptive surface area of the gut. In environmental enteric dysfunction, these villi are damaged and collapse, causing inflammation in the wall of the gut and reducing its ability to absorb nutrients. This disorder has been very difficult to diagnose, and its cause is enigmatic as is its relationship to the many manifestations of malnutrition, including short stature (stunting). Our study was designed to address these questions. The results have helped us to decipher disease mechanisms and also provide a rationale for developing new therapies that target the small intestinal microbiome.”

In the new study — funded by the Bill & Melinda Gates Foundation — a multidisciplinary team of basic and clinical researchers led by Gordon at Washington University and his long-standing collaborator, Tahmeed Ahmed, PhD, at the International Centre for Diarrhoeal Disease Research in Dhaka, Bangladesh, studied the upper portion of the small intestine in young children living in an urban slum in Dhaka. The researchers began with a nutritional intervention for 525 malnourished children, who averaged 18 months of age and had stunted growth. They received a standard nutritional supplement that included milk, eggs, minerals and vitamins. The investigators received permission from the parents of each of the 110 children who did not show improvement with this treatment to perform an endoscopy on their child. The procedure allowed the researchers to obtain tissue biopsies and collect microbial samples from the children’s upper small intestines.

“In the past, it was hoped that providing more nutritious food and improved sanitation would be sufficient to overcome stunting,” said first author Robert Y. Chen, a doctoral student in Gordon’s lab. “But that approach hasn’t worked for many children. In this study, we were able to look more closely at molecules and microbes in the small intestine to understand in more detail what is happening in these children that makes their condition so resistant to nutritional interventions.”

The researchers focused on 80 of the 110 children for whom they also had blood samples and in whom they had found evidence of environmental enteric dysfunction via intestinal biopsies. The abundances of thousands of proteins in blood samples and in the small intestinal biopsy samples were measured; the results revealed that there were lower than normal levels of proteins involved in various aspects of growth, higher levels of proteins resulting from breakdown of the lining of the gut, and hyperactivation of the gut immune system. Samples of the microbial content of the same region of the small intestine revealed a group of 14 types of bacteria; they found that the higher the levels of these organisms, the more severe the stunting. They also linked the levels of these organisms to the levels of intestinal proteins involved with inflammation, which can damage the gut.

“This core group of 14 bacteria were present in 80% of the malnourished stunted children,” Chen said. “What is quite striking is that these bacteria were highly correlated with proteins that cause a pro-inflammatory state and with stunting. The inflammatory markers also could be measured in blood, which could help us identify these problems in children without doing an endoscopy.”

The researchers found that the 14 bacterial strains could be detected in fecal samples from these children and that their levels differed from those in the fecal samples of healthy children. The researchers also noted that none of the 14 strains are typically viewed as disease-producing pathogens. Gordon and his colleagues were not able to directly compare the bacterial samples from the upper small intestines of the malnourished children to those of healthy children in Bangladesh because it would not have been ethical to perform endoscopies on healthy children.

To establish whether the 14 bacterial strains in the upper small intestine play a causal role in environmental enteric dysfunction — and are not an effect of malnutrition, for example — the researchers studied germ-free mice fed a diet representative of the diets of the Bangladeshi children in the study. The germ-free mice, born and raised under sterile conditions with no microbiomes of their own, were given a collection of microbes from the malnourished children — including the strains linked to stunted growth. They also fed control mice with normal mouse gut microbes the same diet. Those that received the gut microbes from the upper small intestines of the malnourished children developed disruption of the lining of the small intestine and inflammatory changes characteristic of environmental enteric dysfunction.

“Our study provides strong evidence that there is more to stunting than the conventional culprits that we traditionally blame for the problem — food scarcity, poor sanitation or a contaminated water supply, for example,” said co-author Michael J. Barratt, PhD, executive director of Washington University’s Center for Gut Microbiome and Nutrition Research.

Added Gordon, “The small intestinal microbiota has been a largely unexplored wilderness – a ‘terra incognita.’ These new findings provide evidence for the important contributions of the small intestine’s microbial community to the healthy growth of children, and how perturbations in its composition and function can result in malnutrition. Much more needs to be done, but our team’s findings, including the creation of an animal model that portrays important features of environmental enteric dysfunction in children, pave the way for new methods to diagnose this disease and new treatments that repair the gut microbial community. These treatments — whether therapeutic foods or probiotics, for example — would seek to reduce the levels and impact of these damaging bacteria in the small intestines of malnourished children.”