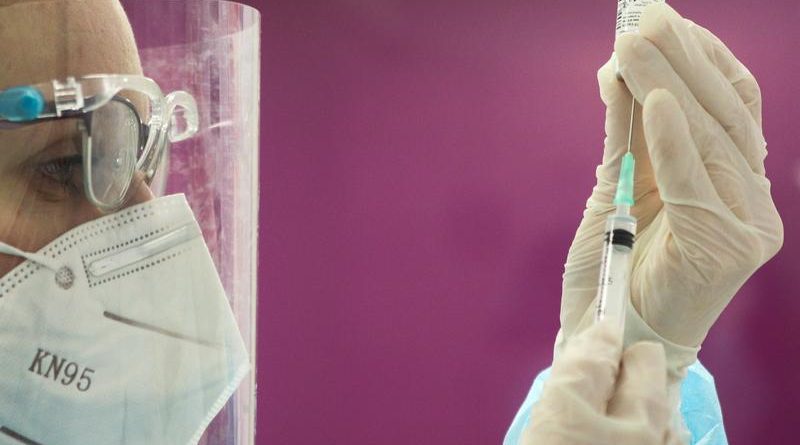 SARAJEVO (Reuters) – Slovenia’s public sector employees, except for those working in education, will have to show proof of vaccination or of a recent recovery from COVID-19 infection to enter their working spaces from Oct. 1, Health Minister Janez Poklukar said on Friday.

The move is yet another government attempt to persuade people to get inoculated.

“The basic purpose of the measure is to prevent the spread of infections in the workplace and, consequently, to ensure the functioning of the state administration,” the STA news agency quoted Poklukar as telling reporters.

Earlier this week, the government ordered that all people entering indoor spaces, with few exceptions, need to be vaccinated against COVID-19 or show negative tests unless they have had the disease in the previous six months. [L8N2QF2C6]

The anti-COVID measures, including a requirement to show such proof even when tanking vehicles at gas station, which the government suspended on Friday, prompted angry protests in the capital Ljubljana on Wednesday, when they came into effect. The protesters threw flares at the parliament building and police used teargas to disperse the crowd.

Last month, the government suspended free rapid tests for everyone except university teachers and students in a bid to speed up the pace of inoculation. [L8N2PX529]

The number of COVID-19 cases in Slovenia is rising. Last week, there were 6,000 cases recorded, 2,000 more than a week earlier.

Milan Krek, the director of the National Public Health Institute, warned that the daily number of infections may rise by 2,000 by the end of September.

The Alpine country of around two million has fully vaccinated about 45% of its population.