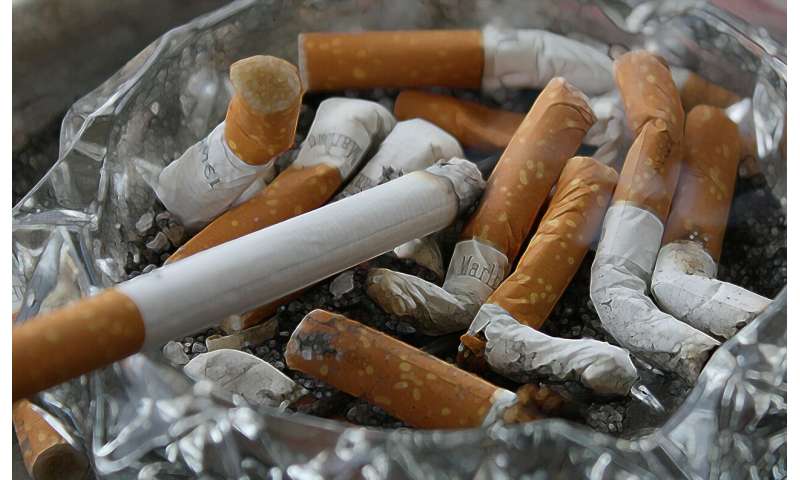 Are you a single parent? Do you allow smoking inside your home?

You’re not alone, according to a new study by Canadian and American public-health researchers. Single parents are less likely to butt out, ban cigarette smoking and keep the home smoke-free than two-parent families, they say.

It doesn’t matter if you’re rich or poor or live in a fancy neighborhood or a tough one; if you’re a smoker raising children on your own, they have a higher chance of living in an environment of second- and third-hand smoke.

“In Canada, the home has become the primary locale in which children are exposed to tobacco smoke,” according to the study published in December in the Canadian Journal of Public Health (CJPH).

“Single parents are 40 percent less likely than two-parent families to ban smoking at home, regardless of economic level,” the researchers write, “but the extent to which this relates to economic inequalities across family structures is unclear.”

Protecting their kids from second-hand smoke may be just as top-of-mind for single parents as dual parents, said O’Loughlin. But something about their situation raising kids on their own deters many from keeping their home totally smoke-free, she added.

“What we found is that it’s not just the financial strains associated with single parenthood that are the issue, it can be a multitude of other factors like whether they have proper support,” said O’Loughlin.

What exactly stops these smokers from making sure not to light up around their kids at home—and getting others to do the same? According to the researchers, those raising a child alone might:

“Some single parents may be forced to choose between leaving a child unattended—or bringing the child outside each time they smoke—and exposing them to second-hand smoke inside,” Montreuil said. “Without a supportive partner, single parents may also be reluctant to insist that friends and family not smoke in the home.”

Then there’s the issue of third-hand smoke: the residue that clings to clothes and furniture and children’s toys if a parent smokes at home, whether their child is present at the time or not.

“Some single parents with shared custody may smoke inside the home only when their children are absent,” the authors point out. “Although this protects against second-hand smoke, it does not prevent exposure to third-hand smoke residue.”

On a positive note, the study also found that parents of the youngest children (infants and preschoolers) were more likely than parents of school-age children to not smoke in the home.

But while “parents of preschoolers are seemingly aware of the hazards of second-hand smoke and take action to protect younger children, parents of older children may believe [incorrectly] that exposure is not as risky as children age.”

Data for the study were drawn from an earlier study that Montreuil published in the CJPH in 2015 that asked 754 daily smokers in Quebec whether they smoked in the car with children present. The new study segmented out 567 who said they lived with one or more children; 122 were single parents and 445 said they were in a couple.

Only 27 percent of single parents said their home was smoke-free, compared to 56 percent of those living in couples. Even after accounting for indicators of economic disadvantage, single parents were 40 percent less likely to live in smoke-free homes.

What to do? Support single parents better, the researchers advocate.