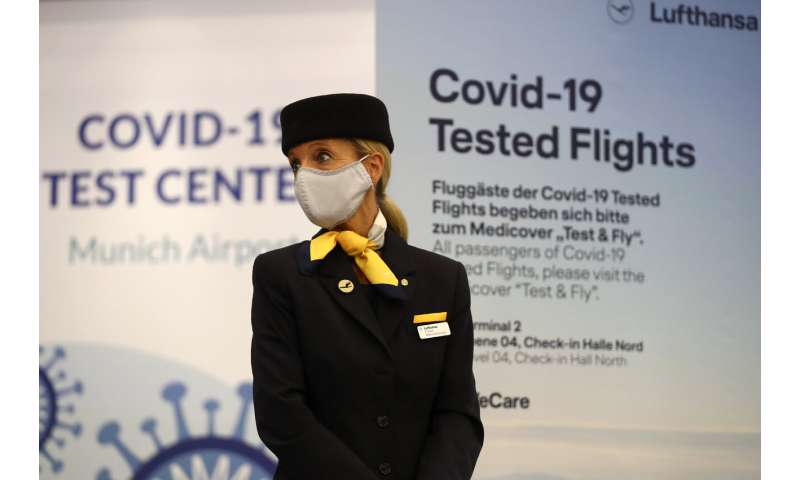 The surge of new coronavirus cases appears to be slowing in Germany and France, generating hopes that the two European heavyweights are beginning to regain control over the pandemic. But authorities said Thursday that hospitals are crowded and are likely to face further strain in the coming weeks.

Countries across Europe have implemented lockdown measures of varying intensity in recent weeks as they try to tamp down a second wave of the pandemic, with numbers of confirmed cases hitting records. They have largely overwhelmed contact-tracing efforts even in Germany, which was credited with handling the pandemic’s first cases well and is still in better shape than most of its neighbors.

One death in four in France is now linked to COVID-19, and there were more virus patients in French hospitals as of Thursday than there were during the peak of the country’s first epidemic in the spring, Prime Minister Jean Castex said.

But the number of people infected per 100,000 has been dropping for 10 days, and the number of virus patients is hospitals is expected to peak early next week, French officials reported.

“That’s good news, but not sufficient” to lift lockdowns just yet, Castex said.

Germany’s health minister told his compatriots to brace for a long winter, regardless of whether a partial shutdown succeeds in bringing down the caseload. 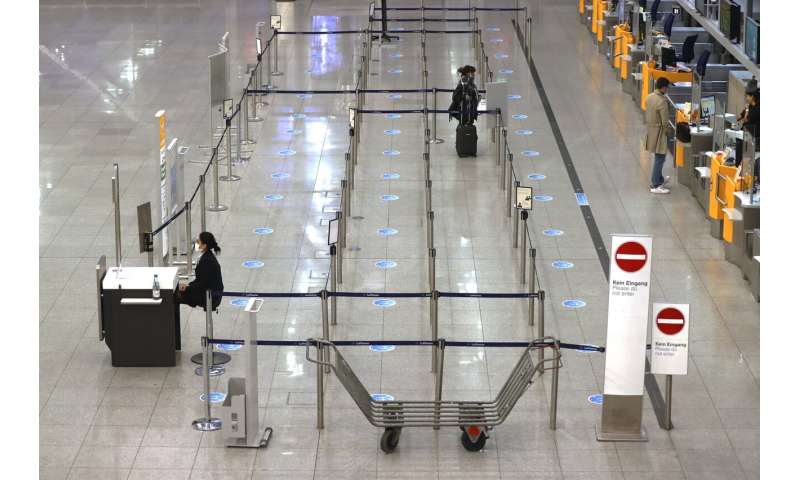 “This doesn’t mean that things can really get going again everywhere from December or January, and that we can have wedding parties or Christmas celebrations as if nothing were happening—that won’t work,” Jens Spahn told RBB Inforadio.

“I don’t see having events with more than 10 or 15 people this winter.”

Neighboring France, which has confirmed more infections since the pandemic started than any other European country, is two weeks into a tougher monthlong lockdown that has left most adults confined to their homes for all but one hour a day, although schools remain open.

On Thursday, the Robert Koch Institute, Germany’s national disease control center, said 21,866 new cases were recorded in the past 24 hours in the nation of 83 million. That’s short of a record of 23,399 set on Saturday, but nearly 2,000 more than a week earlier. 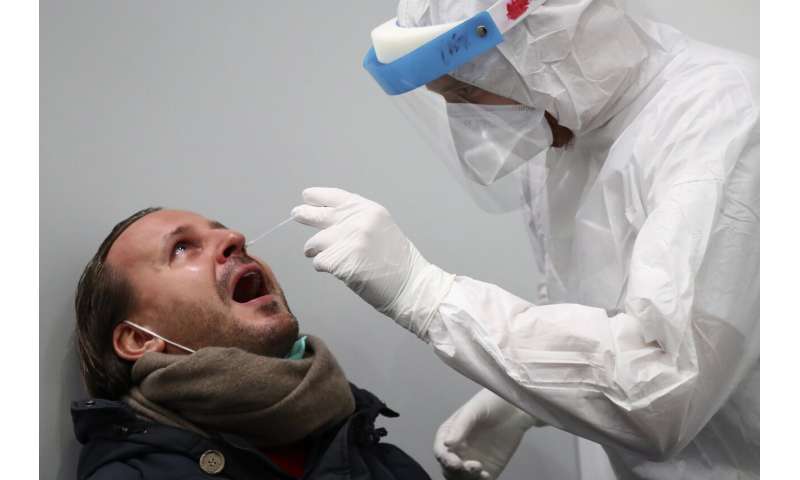 The institute’s head, Lothar Wieler, said he is “cautiously optimistic” because “the curve is rising somewhat less steeply, it is flattening.” But he said “we don’t yet know whether this is a stable development” and it’s too early to assess what effect the new restrictions are having.

At the same, he pointed to an increasingly strained situation in hospitals as infections once again spread to older and more vulnerable people. As of Wednesday, there were at least 3,127 COVID-19 patients in intensive care in Germany.

“That is already more cases in intensive care than in April, and the cases have doubled in the past two weeks,” Wieler said. He said that nearly half of hospitals responding to health authorities are reporting “limited availability” of ventilator places, principally because of staffing issues caused by infections or quarantine. 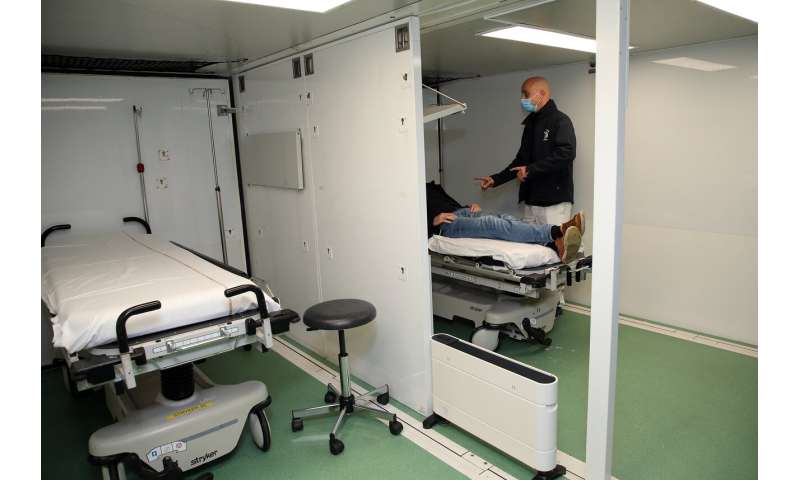 “We must be prepared for the situation to worsen in the coming weeks,” he said. “Some hospitals could reach their limits. It is possible that patients won’t be able to be given optimal care everywhere. So we must prevent the situation escalating further.”

In France, the prime minister warned that people should not be planning any big Christmas or New Year’s parties. However, he said that if hospitalization rates start to slow, the government can start allowing stores selling non-essential goods to reopen Dec. 1 after a month of forced closure. Either way, restaurants, bars, gyms and tourist sites will remain closed until further notice.

Castex promised “massive economic support” for businesses forced to close, after hundreds of billions already spent to keep people employed and to keep businesses afloat. The French government opened a counseling hotline for those suffering from the isolation of remote work. 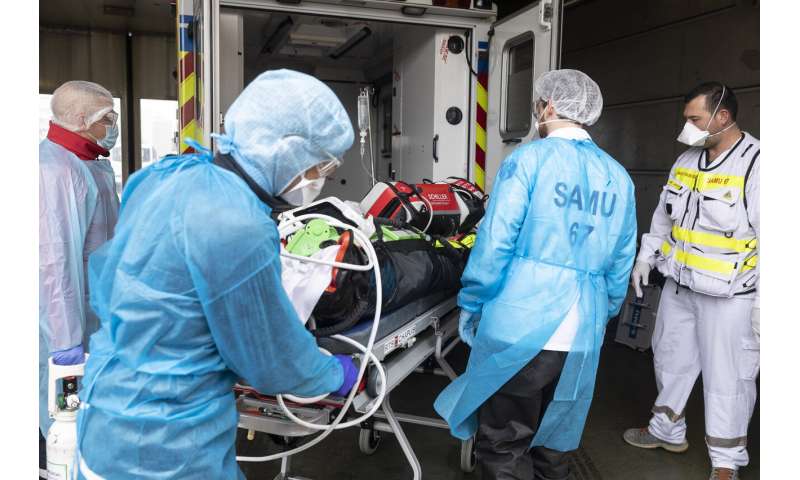 In Berlin, Hans Weigeldt, a senior doctor at the Bethel hospital in suburban Lichterfelde whose 36-bed COVID-19 ward is already at capacity, said that “we probably haven’t yet seen the worst” at hospitals.

But although the “organizational efforts” will be a challenge over the next few weeks, Weigeldt told news agency dpa that he doesn’t expect the kind of overcrowding seen in parts of Italy in the spring.

“My feeling is that we will make it,” he said. “The partial lockdown will show effects.”

Amid heightened virus fears and the new round of European restrictions, few people are traveling at present. Still, German airline Lufthansa launched a test program that it hopes will ensure health on board and encourage more to fly.

All passengers on a Munich-Hamburg domestic flight Thursday morning took a so-called antigen test and were only allowed to board after the quick results showed they were negative for the coronavirus. Passengers weren’t charged for the test but were told to arrive an hour earlier to allow time for the results. 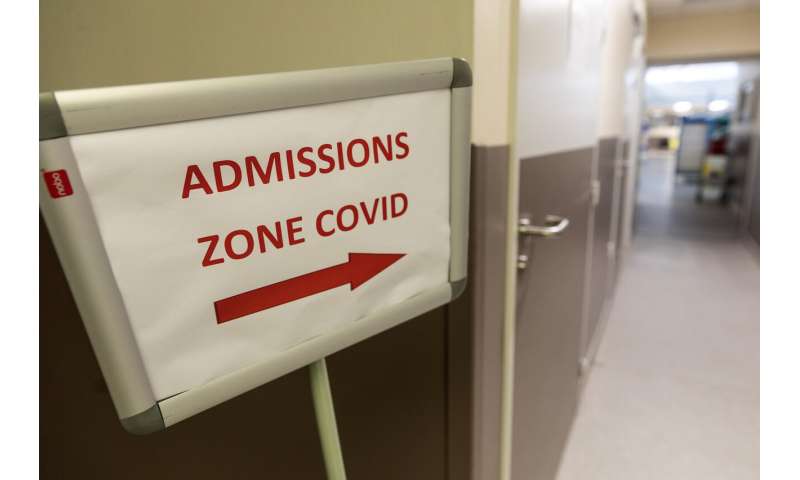 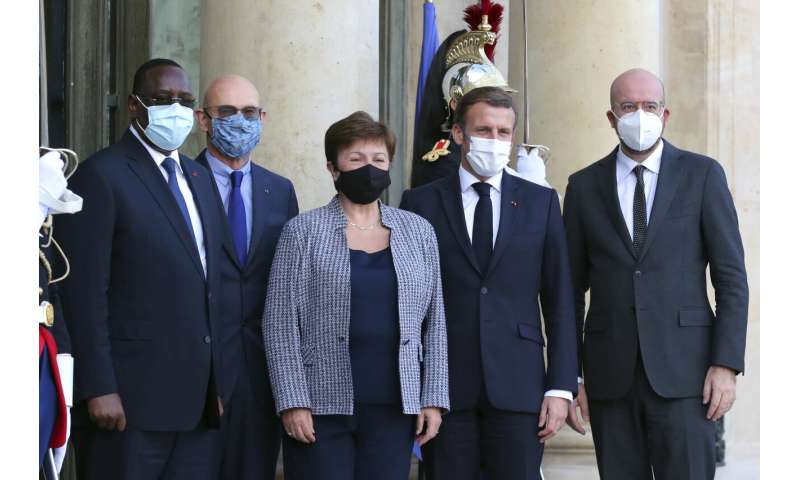 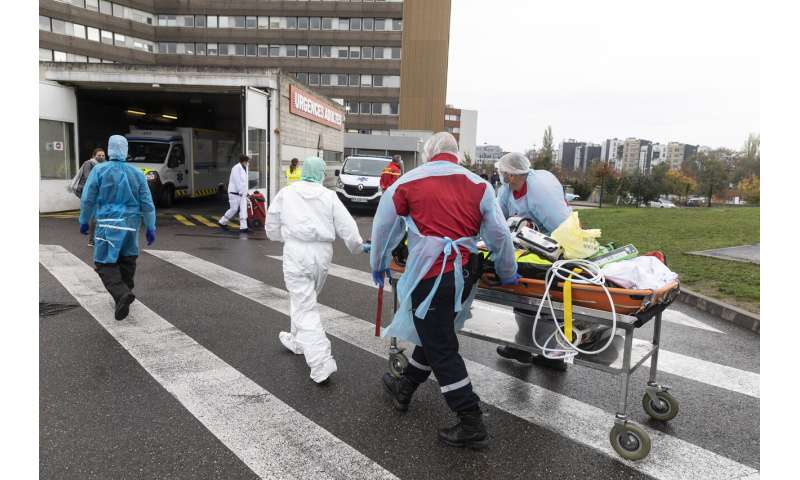 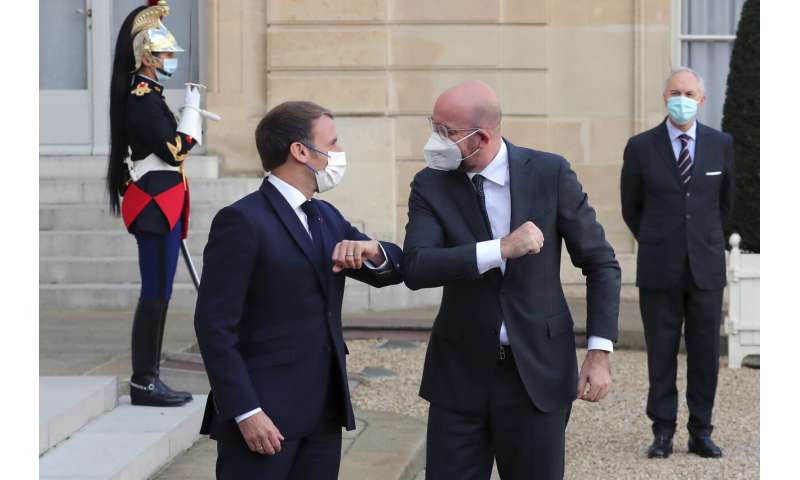 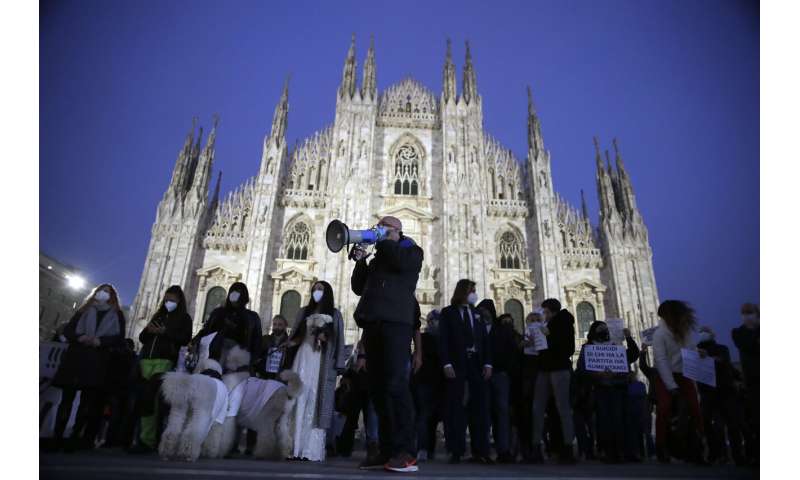 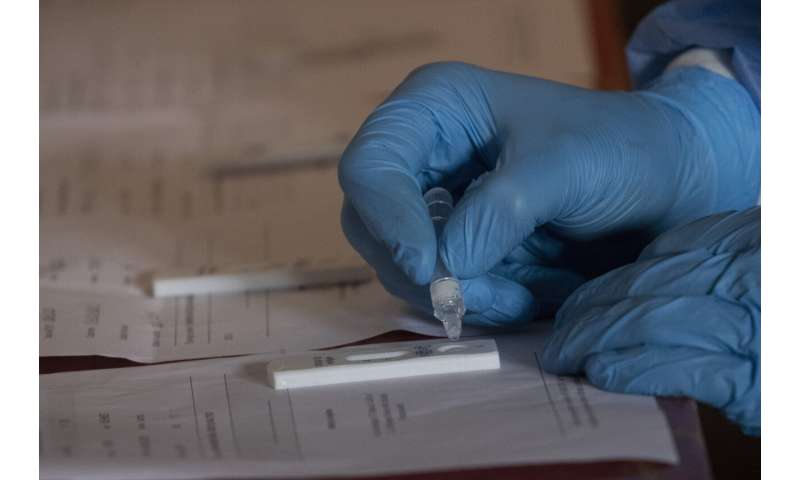 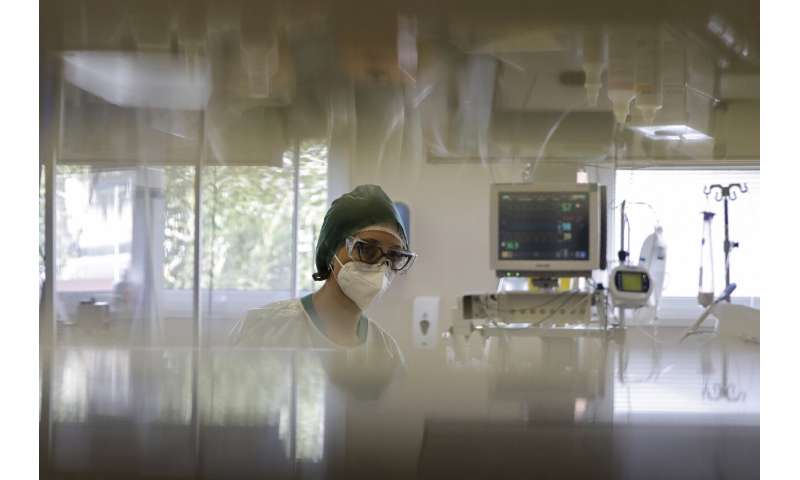 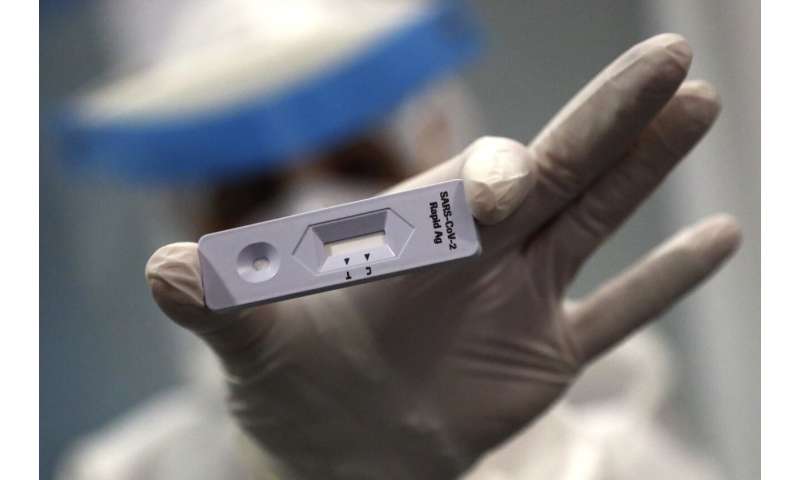